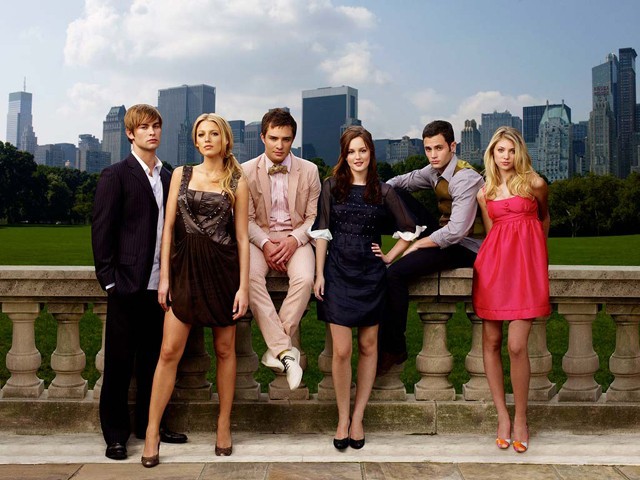 Everyone has their own reasons, ranging from looking at hot boys to taking fashion tips.

A strange new American phenomenon has taken hold of the Pakistani youth, particularly young women. There is no escaping it. It is everywhere. It has penetrated our very soul and become part of every aspect of our life. I am referring to, of course, teen shows.

Teen shows on the whole were never watched in Pakistan as much as they are now. Very few people would remember Dawson’s Creek (personally, I couldn’t stand Katie Holmes). Shows like The OC and Gilmore Girls were the first of their kind that mapped their way into the TV viewers at large. Now, you would be hard pressed to find anyone who doesn’t know who Blair Waldorf is.

What makes these shows so fun?

Aside from the age segmentation, there’s no generalising the audience. Simply put, their attraction is the result of a well-crafted strategy by their makers. But eventually, these strategies stop working, and the shows start becoming redundant and boring.

This is how a typical teen show goes:

The clichéd characters are even more amusing. They may differ in looks, but they’re always the same.

The most delightful part about these shows is that a vast majority of boys also like these shows. I was actually convinced to watch 90210 by a friend of my cousin’s, who kept telling me how hot Liam was till I finally had to see for myself. He swore he was straight, and I’m not one to discriminate, so I didn’t ask many questions.

Often, when I look up people on Facebook, or stalk people on Facebook, however you want to see it, I end up laughing myself silly when their favorite TV shows happen to be Gossip Girl or Greek. Why they like teen shows, I’ll never know, but it never fails to crack me up.

And yet, despite the redundancies and horrible, horrible acting and painful dialogues that sound like they’re written by a twelve-year-old, these shows still manage to attract a large audience.

Why do teens watch these shows?

Everyone has their own reasons.

If I had a rupee for every time someone on Facebook updated their status to say “Because I’m Chuck Bass,” I would be a very happy girl. As shallow as it may sound, the pretty male actors play a huge role in attracting target female audiences; it’s why I endured Smallville for five seasons after all. It’s superficial at best, but girls will watch anything as long as there’s a cute guy to sigh over.

There lies a weakness for fashion in even the geekiest of girls. I’m a fan of Serena’s makeup and Jenny’s wardrobe myself. Those that can’t endure the bad acting, watch for the clothes, jewelry, makeup tips, etcetera. Again, shallow, but even the girls that stood for hours collecting money on the streets for flood victims are allowed to have personal interests aren’t they?

Plus, thanks to the joys of video piracy and torrents, people can see the newest episodes of any show just a few hours after their original air date. Texts are sent, OMG-ing over the latest controversy/hook-up and more importantly, did you see what Casey was wearing? I loved Adriana’s necklace! I have to know which shade of lipstick Jenny was wearing! Oh, how do you think Caroline’s eyes looked so full and dark? And so on and so forth.

Websites are checked, tutorials YouTube’d. It’s almost fascinating how much attention girls give to these details. (Personally, I loved Caroline’s eye makeup in the episode where Katherine turned her.)

For those who, are indifferent to boys and aren’t attracted by fashion tips, there’s the relatabilty factor.

As hard as it may be to swallow, real life can sometimes be just as melodramatic as it is on TV. For many teens and tweens, it’s a relief to see that people out there understand their issues and problems, who are willing to address such issues on TV. The fact that this is Pakistan makes no difference. Jenny’s dad doesn’t want her becoming a designer. Any girl whose parents won’t let her study in her preferred field can sympathise. Grounded for sneaking out, an unfaithful boyfriend, a bad breakup; we’ve all been there at one point or another, and know how it feels. We can easily relate.

The extremely devoted fan base

Regardless of their initial charms, most of these shows tend to lose their audience after the first two or three seasons. Eventually people get sick of the repetitive storylines and countless clichés. That is what happened with The OC in the past, and is happening to One Tree Hill now. But, losing viewers is never a loss for these shows, because they always have an extremely devoted fan base that is fiercely loyal, despite their own disappointment with the show’s storylines.

As for me, I watch teen shows for the boys, and because the female actor who plays Jenny Humphrey has an amazing band, and because I just can’t resist a vampire show (other than Twi-crap of course) and because, this simple girl – geek or not – is still very much a girl.

I know how bad the acting is, and how the storylines are even worse. But I just can’t stop. It’s an addiction no girl would ever be willing to give up. And that’s the way it should be. Our real social lives may be restricted by protective and conservative parents or people blowing up places because they’re bored but hey, we’ll always have our shows!