Would you accept blood from a gay donor? 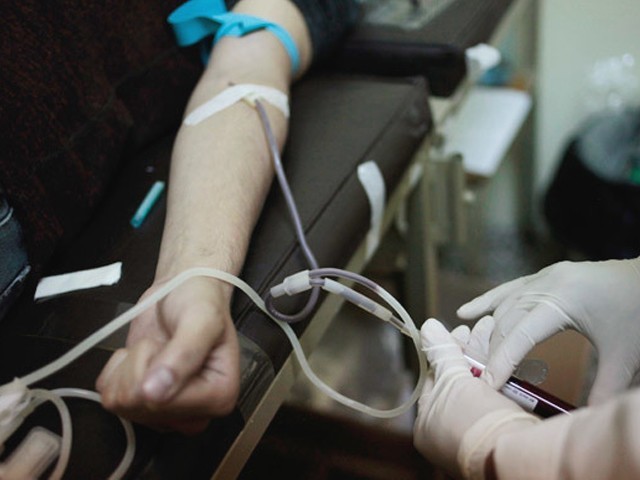 More than a month has passed since the Orlando shooting revealed an exploitable defect in American gun laws. What it also exposed, was a structural bias against a peaceful community that has existed for a long time.

On June 12, 2016, Omar Mateen – later identified as a young Muslim who was troubled by his own homosexual orientation – opened fire inside a nightclub, killing 49 innocent people.

In the wake of this devastating attack, we’ve heard survivor accounts that challenge what we’ve been indoctrinated to believe regarding the alleged inhumanity of gay individuals. We’ve learned of ‘deviants’ who threw their bodies in front of their lovers, to shield them from bullets. And we found out about ‘degenerates’ who risked their lives to rescue complete strangers.

Every tragedy offers an opportunity for heroism. And in Orlando, heroism was in no short supply. Regrettably, we exist in a system that actively resists the altruism of some of our fellow men.

After the Orlando shooting, many in their good conscience rushed to hospitals and blood banks to donate blood. These included selfless gay men who wished nothing more than to render assistance to their own community. This assistance was denied for reasons that don’t have as much to do with medical science, as they have to do with basic bigotry.

The history of AIDS and homosexuality is a particularly painful one. The disease formerly known as ‘Gay-Related Immune Deficiency,’ has long been used to rationalise prejudice against the gay community.

Does this prejudice have actual scientific basis?

It is true that gay men are at a higher risk of contracting and transmitting an HIV infection. In the United States, gay and bisexual people account for 83% of all AIDS diagnoses. Incidentally, it’s also true that coal miners are at a greater risk of contracting pneumoconiosis; or people who eat chicken have a significantly higher chance of catching salmonella, or worse, bird flu.

I’ve often wondered why this scientific information does not influence our perception concerning the morality of coal-mining or meat-eating, while HIV is used a scientific cudgel against the gay community.

Medical science takes its stereotypes very seriously. If you’re an old person passing bloody urine, you have cancer unless proven otherwise. If you’re an alcoholic, you have liver disease unless your liver function tests come back negative. It’s an exercise in risk-assessment that serves the medical practitioners well.

The problem lies in these stereotypes spilling out into the public, and misused to consolidate bigoted attitudes towards certain communities.

In 1983, the FDA enacted a policy to completely bar MSMs (men who have sex with other men) from donating blood. This policy remained in place for decades despite transformative advancements in HIV testing and treatment. In 2015, the FDA relaxed its policy, reducing the lifetime ban on blood donations by MSMs, to a one-year deferral from the time of last male-on-male sexual activity.

This still counts as discrimination.

The American Public Health Association noted that that deferral policy is “not based in science but appears to be modelled after other countries’ and fears” and that “no specific scientific rationale is provided to justify the 12-month exclusion.”

The West is quick to assume credit for its lead in the war against homophobia. But every now and then, we find relics like the aforementioned FDA policy buried within the first-world politico-legal structure.

These relics should be a sobering reminder to first world victory-marchers of the battles yet to come; and an indication to LGBT people and allies of the developing world of the staggering height of the mountain we must scale.