Is it time to celebrate democracy in Turkey? 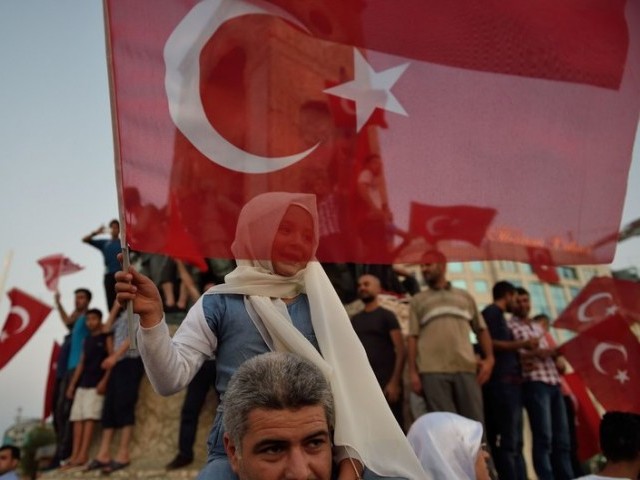 I have lately been a frequent critic of President Recep Tayyip Erdogan and his increasingly authoritarian government. But a military regime, like the kind a group of coup-plotters tried to bring about on Friday night, would have been not only illegitimate but also far more repressive and bloody. The people of Turkey, including many of Mr Erdogan’s political opponents, rightly rejected that.

So has democracy carried the day in Turkey? It’s still too early to tell.

There are many lessons to be taken from this astonishing episode. First of all, this is not the old Turkey anymore, where tanks could take the streets and the military could scare people into bowing down, as it did in 1960, 1971, 1980 and again in 1997, when its leaders decided that elected governments were not in line with the country’s founding vision. No, this time people took to the streets and confronted the rebellious soldiers. Perhaps more decisive was the fact that a majority of the military, the police and other state institutions didn’t go along with the plot.

There was another striking aspect of the long night: It disproved some of Mr Erdogan’s paranoid narratives. For years the president, an Islamist, has accused secular forces of plotting to undermine or overthrow him. But when the tanks rolled out, the opposition parties, business associations and mainstream news media all took a clear stance against the attempted takeover.

In fact, it was CNNTurk, a television channel that belongs to the media group that Mr Erdogan’s supporters attacked two years ago for “insulting the president,” that played a major role in helping him. In the heat of the moment, Mr Erdogan, speaking from an undisclosed location, appeared on CNNTurk screens via his iPhone’s FaceTime app. He called on the people to resist and this, many believe, was a decisive moment in averting the coup.

All of this shows that Turkish society has internalised electoral democracy, and Turkey’s secularists, despite their objections to the Erdogan government’s Islamism, seek solutions in democratic politics. (Egypt’s secularists, unfortunately, didn’t learn this. They cheered on a military coup three years ago that resulted in a far more violently repressive government.)

At the same time, Friday’s coup attempt makes clear that Mr Erdogan’s longstanding worries about a “parallel state” have not been unfounded after all. Yes, most of the conspiracy theories Mr Erdogan and his supporters have peddled recently — about Western or Zionist plots — are more fiction than fact. But as the famous quote says,

“Just because you’re paranoid doesn’t mean they aren’t after you.”

The attempted coup will also force Turkey to reckon with the Gulenist movement, a secretive Islamist group that the government immediately pointed to as responsible for the insurrection on Friday night. The Gulenists have long had a clandestine presence within the judiciary and the police. For its part, the movement and its leader, the Pennsylvania-based Fethullah Gulen, denied being behind the plot, but Mr Gulen also admitted that he could not be sure his followers were not involved.

It is not just the government but also many independent, secular observers who are unconvinced by this denial. The Gulenist movement is widely suspected of infiltrating and plotting to exploit state institutions for its sectarian purposes. Its involvement in the coup attempt seems very likely and the American government should take note.

What will come next in Turkey?

First, there will be a major crackdown on the coup plotters and the Gulenist movement. Already, some 6,000 people have been arrested, including some high-ranking judges who are suspected of Gulenist affiliations. Some figures in the government are suggesting that they want to bring back the death penalty.

Of course, the government has the right to pursue the people involved in this attack on Turkey and bring them to justice. But this must be justice with due process — not a ferocious witch hunt. Moreover, while the state should be purged of pro-coup elements, this shouldn’t be used as a pretext to pack state institutions, in particular the judiciary, with Erdogan partisans. (Already more than 2,000 judges have been fired.)

One thing is certain: This experience will make Mr Erdogan more powerful and more popular. He has emerged as the victorious defender of the nation against a conspiracy — a real one this time — and his bond with voters has deepened. Less certain is how the president will use his power.

If Mr Erdogan is prudent, he will appreciate the support he received from the secular opposition — including the main pro-Kurdish party — and stop seeing them as his enemies. This could be an opportunity for national unity and reconciliation after years of divisive rule. His government has already begun a pragmatic shift in foreign policy in recent weeks, improving damaged relations with Israel and Russia. If the government follows the same pragmatic course inside Turkey, the country can move towards a better future.

But if Mr Erdogan uses his newfound power to build a more authoritarian political system and to increase the power of the presidency and undermine checks and balances, Turkish democracy is in jeopardy. If he keeps the country on the divisive course of the past few years, the near future looks grim. Mr Erdogan will have averted all the coups and won all the wars. But the peace that Turkey needs will still be far away.

Mustafa Akyol is the author of “Islam Without Extremes: A Muslim Case for Liberty.”

What comes after the Istanbul Airport attack?