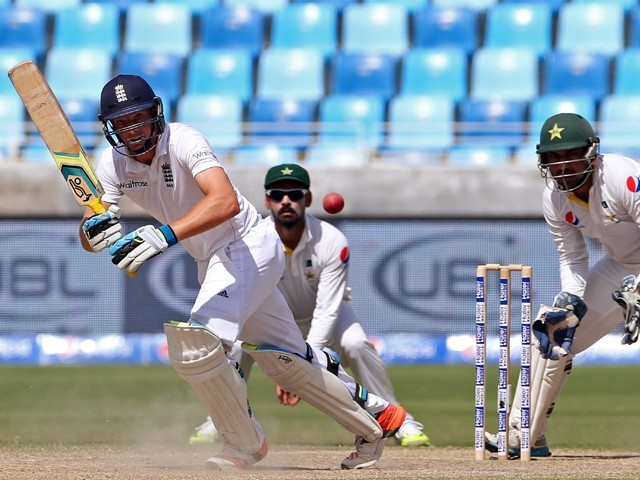 Only halfway through the summer of 2016 and the average sports fan is already having the time of his life! Starting off with the much anticipated Euros, which the Portuguese won rather unconvincingly, to the green grass of Wimbledon where familiar faces triumphed again, both in the men’s and women’s category.

Only if you thought this was too much to handle, wait till the Pakistanis step onto the Lord’s cricket ground after almost five long years. Yes, that’s right. In case you have forgotten, a lot of sports is still left and interestingly enough, it’s Pakistan who takes on a rejuvenated England side in a four match Test series and here are four reasons why you should stick to your TV screens for the next 30 days:

4) Fast bowling doesn’t get much better

There is no better sight in world cricket than watching a quality fast bowler swing meters and hit the bull’s eye, sending the wicket cart wheeling towards the keeper. What a sight! Unless you’re the batsman. Ouch!

This summer we might see this happen far more often than not with both the home and away teams fielding some exceptional fast bowling talent. Pakistani fast bowling has impressed so far in the practice matches and with the much anticipated return of Mohammad Aamir, who partners up front with the aggressive Wahab Riaz. Things look pretty alright for the men in green.

The Englishmen, too, will be keen to cash in on the overcast home conditions with the likes of Stuart Broad and James Anderson (doubtful for the first Test) itching to have a go against Pakistan with the beautiful red cherries in their palms.

This Test series means a lot, particularly to us Pakistanis and the rest of the “Tuk Tuk” fan-base around the world.

Words from the dressing room suggest that this might be Misbahul Haq’s last ever Test series and, understandably so, he will be looking to end things on a high note.

This Test series means a lot, particularly to us Pakistanis and the rest of the “Tuk Tuk” fans around the world.
Photo: AFP

Undoubtedly, Pakistan’s pivotal figure in this series, captain Misbah, is a rather extreme case. Interestingly enough, for all his 42-years, he has yet to play a Test in England, his experience limited to the white ball in a handful of one-day internationals.

Only God knows what will unfold in the coming weeks but as a Pakistani cricket fan, there will be no better sight for me than to see Pakistan’s most successful Test captain sign off with a series victory over one of the best Test team of recent times and that too, on their home turf, a task extremely daunting to say the least.

If you’re a die-hard cricket fan hungry for some delicious strokes and exquisite timing than you can’t afford to blink when England’s captain is on the crease. Arguably, one of the hottest prospects of modern day Test cricket, Alastair Cook is the one to watch out for, both for cricket-hungry fans and the Pakistani bowlers.

A classy, free flowing and at times stubborn opener, who recently became the youngest Test batsmen ever to join the 10,000 run club at just the age of 31, surpassing the great Sachin Tendulkar, could be the difference between a loss and a victory for the England cricket team.

The England team is heavily reliant on their captain when it comes to batting, so it will be very interesting to see how the Pakistani think-tank tackles the leader of the opposition. An Aamir-Cook head to head up top will surely have fans on the edge of their seats.

1) The return of Mohammad Aamir

Life does not always give you second chances, but as it seems, Aamir is a lucky man indeed.

Not only is he getting a second chance at playing Test cricket (after almost six years), he is returning in the white overalls in the same ground he was first accused of spot fixing. Aamir has literally been gifted a chance to shut his critics up and let his ball do the talking. At the tender age of only 24, he still has a lot of cricket ahead of him and he needs to get his feet sorted out quickly and what better way to start off than against a strong opposition.

Life does not always give you second chances, but as it seems, Aamir is a lucky man indeed.
Photo: AFP

Being one of the only few genuinely quick fast bowlers who can swing the ball both ways, Aamir is considered a genuine threat by almost every good batsman. Given that Misbah handles him well, giving him short spells frequently; Aamir might just prove to be a game changer for Pakistan.

He needs to forget what happened six years ago, show responsibility and focus merely on bowling the opposition out. If Aamir performs like he did at Lord’s in 2010, the English batsmen are in for a very serious challenge.