Will other countries follow UK’s lead in abandoning the EU? 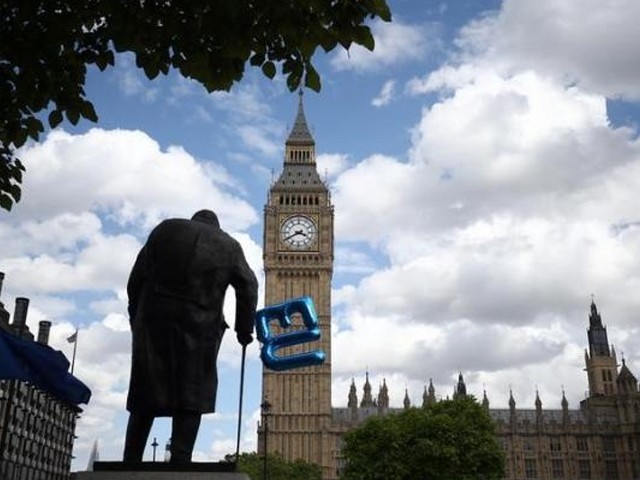 A balloon is tied to the Winston Churchill statue in Parliament Square. PHOTO: REUTERS

David Cameron, a steady hand at the top of British government for over six years, has resigned after the membership terms he negotiated with the European Union (EU) were rejected by 51.9% of the voting population on June 23rd. With the competency of his statesmanship called in to question, the search is now on within the Conservative party to appoint a suitable successor to manage the nation’s transition out of the EU. This will be a difficult task with significant and potentially long-term ramifications for education, industry, property and the legal sector.

Boris Johnson, the popular former mayor of London, widely tipped for the top job, has declared himself out of the running. The front runners now include the co-convenor of the Vote Leave campaign, Michael Gove and Vote Remain campaigner Theresa May. The former is a minister who pushed through controversial education reforms in the face of significant resistance and several votes of no confidence from teachers’ unions, and who as justice secretary has pledged to continue the efforts of his predecessor to enact some of the deepest departmental budget cuts in government. Theresa May has established a legacy as a competent decision maker during a period of heightened national security concerns and has served an unusually long tenure as home secretary, a post usually marked by its quick changeovers. At this stage, there is little to indicate what the preference of the Conservative party members will be when the decision will be made on September 9th and the new leader takes control in October this year.

As to the validity of the referendum vote, there have been calls from those disappointed with the result, especially those in the 18 to 34 age bracket who voted overwhelmingly for Remain for the referendum result to be ignored or for a second referendum to be held. There is precedent for this when it comes to the European Union: the French and Dutch votes to refuse to implement the EU Constitution in 2005 were ignored, as was a 2015 Greek referendum to refuse a Euro bailout arrangement. Alternatively, there have been calls for a second referendum to be held. A parliamentary rule requires Parliament to consider all petitions that collect more than 100,000 signatures for a debate. The petition currently has just over 4.1 million signatures and rising. Though a second referendum will require concerted political agreement and is therefore unlikely, it is not beyond the realms of possibility.

Neighbouring Ireland was made to vote again in referenda after rejecting the Nice Treaty in 2005 and the Lisbon Treaty in 2008. However, initial reaction from the EU does not indicate that this would be a preferred method of moving forward, with the Presidents of the Council, Commission and Parliament stating publicly that they expect Britain to leave the European Union “as soon as possible”. There is likely to be a delay until Cameron steps down as prime minister in October before serious efforts at outlining a transition can begin.

Two particularly large hurdles are whether Article 50 of the Lisbon Treaty, the two year countdown to Britain’s exit from the Union, can be triggered without first passing primary legislation in the national Parliament. The growing consensus seems to be that it could not, and notice under Article 50 could therefore be delayed by anything from a few days to months. Secondly, it is not yet clear whether Article 50 allows Britain to negotiate the content of trade terms as well as its own membership arrangement with the Union. This may be a question for the European Court of Justice to adjudicate upon, and may again take a significant amount of time to receive a response. These legal questions are no doubt important but they also serve a favourable political purpose of buying time to scope out and negotiate trade deals and so to calm the feeling of uncertainty across the nation and the markets.

There have been calls for similar referenda to be held in other countries across the European Union. Marine Le Pen, the leader of the far-right National Front party in France has promised to hold a referendum on membership of the EU if she is elected President – a populist promise that may, in the current climate of Europe-wide anti-establishment attitudes brought on by six years of sluggish growth following the Euro crisis, carry her in to, or at least very near to, the Elysee.

Similarly, the far right alternative for Germany, a party that in May this year voted to adopt an explicitly anti-Islamic manifesto claiming that Islam is fundamentally incompatible with the German Constitution and committing to a ban on minarets and the burqa has called for a referendum on German membership of the Union. French and German governments may find, as Cameron did, that to pacify this threat from the far right they may have to agree to hold such referenda, not least in the hope that it may give new life to the European project going forward.

However, in that event, much will turn on the conversations surrounding the campaign. Immigration is still a hot button issue for many in these countries – especially since Germany took in 1.1 million immigrants including 300,000 asylum applicants in the last 12 months alone – and a feeling of constraint on the ability to express these concerns will cause many to entrench their views through private conservations and may cause offence to minority populations who view such concerns as an affront to a sense of civic harmony.

Britain’s departure from the EU may also put further strain on an already tense situation regarding the future of the Euro. Italy’s anti-establishment party, the 5 Star Movement has called for a referendum on whether to continue to keep the Euro. What seems currently to be a radical proposal of creating a two-tier currency system, with a separate common currency for richer European countries and another for less rich countries that do not meet the threshold, may gain traction and signal the start of a reverse in what has been a decades-long centralising trend of “ever closer union”, marked in 2009 with the adoption of a common security and foreign policy.

The threat to the Euro may well be larger now as a result of the hole in the EU’s finances that will be left after Britain’s departure. The Union may adopt protectionist policies to protect internal trade as a result. This would be a significant obstacle to Britain negotiating a trade deal on more favourable terms than those offered by full membership of the Union. As a sole state, trade negotiations with countries outside of the EU may also take much longer to be completed than is currently foreseen, as President Barack Obama has pointed out, Britain is now at the back of the queue.

The effect on the average Brit of the decision to leave the Union will be tangibly felt. The value of the pound has already taken a dive as investors sell their British assets and will make the purchase of goods or services from other countries more expensive. Inflation will rise however exports will likely increase as they become cheaper for the buyers. The Treasury predicted that Brexit would result in an additional rise of between 0.7% and 1.1% in borrowing costs and the prime minister claimed that average cost of a mortgage could increase by up to £1000 a year. A rise in interest rates would increase costs for landlords and rent is likely to rise.

However, some economists are suggesting that the Bank of England will cut interest rates, in which case, the cost of lending could actually fall. The International Monetary Fund has warned that Brexit could cause a sharp drop in house prices because the cost of mortgages would rise. Treasury has said house prices could be hit by between 10% and 18% over next two years. This is good news for first time buyers in a country facing a significant housing shortage, but not such good news for existing homeowners. The National Association of Estate Agents (NAEA) believes house prices in London could lose up to £7500 on average over the next three years, compared to where they otherwise would have been. Elsewhere, it said values could fall by £2300. But since it expects prices to continue rising anyway, this means a slower rate of increase rather than a fall in real values. However, if the Bank of England does cut interest rates, all these projections would be wrong.

In social terms, there are likely to be fewer EU students and academics in British universities which could take a toll on the quality of research performed here and hurt Britain’s academic and scientific standing in the world. Social diversity may be reduced although there is a glimmer of hope that outside of the EU, Britain’s immigration system may become more welcoming for professionals and refugees.

In the short term, Britain is buying time. The medium to long term consequences will all depend on the skill of the negotiators and politicians that will craft the way forward. The people of Britain believe that they have been listened to and this referendum may be a signal of the start of a healing process from the large scale political disenfranchisement within the voting population. What is required now is another steady hand at the top of government and a sensible way forward. Though it may seem so to many, all is not lost.

The author is a barrister practising in London. She is interested in issues of diversity, interfaith relations and human and minority rights. She tweets @shereentwits twitter.com/shereentwits

Are acid attacks becoming a commonality in the UK because they are treated as a minor offence?

The terrorist label: When does an attack become a ‘terrorist’ attack?