How to end the war in Afghanistan 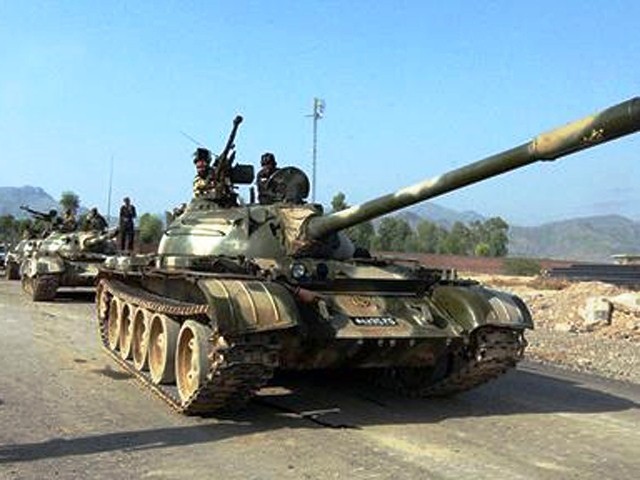 Within the next year or so the Pakistan army should launch an attack on North Waziristan.

President Obama has reiterated his goal for the 2014 withdrawal of troops from Afghanistan and at the same time has put pressure on Pakistan to “do more” in his latest review of the situation in Afghanistan and Pakistan.

According to the New York Times, Obama, when referring to Pakistan, stated that “progress has not come fast enough,” and the United States (US) would “insist that terrorist safe havens within their borders must be dealt with.”

Analysts have argued over whether it is in Pakistan’s interest to undertake an invasion of North Waziristan. However, there is a need for us to analyse our approach in the larger context of the war in Afghanistan and as to what Pakistan’s strategy should be.

I tend to side with the school of realism, which argues that in international relations morality and law does not matter. What is truly important for a state to survive in an international anarchy is power defined by military and economic force. I do believe that we cannot let an unfriendly Indian presence in Afghanistan grow beyond economic ties and that Pakistan must take steps to counter this increasing influence. I am also aware that at this point Pakistan is cash starved, economically weak and low on morale.

North Waziristan: No longer an asset

Keeping all of that in mind, I believe that within the next year or so the Pakistan army should launch an attack on North Waziristan, which has become the center of the storm in terms of militancy.

North Waziristan is not a strategic asset to Pakistan anymore and threatens its stability. Pakistan has no assurances that the groups it will back are going to give it a presence in the Afghan government. The militant networks originating from North Waziristan threaten not just Pakistan but the very idea of Pakistan – a state for progressive Muslims. How can we expect to establish rule of law in the country when we have such a source of endless suicide bombers still intact?

There are two simultaneous offensives that need to be undertaken, hand in hand, when the army decides to move into North Waziristan – political and diplomatic.

The politics of the attack

Any North Waziristan action must have the political consensus of all major political parties.  The parliament will have to give its stamp of approval to any action undertaken by the army. A political consensus will boost the morale of our soldiers who will fight with the confidence that they have the whole nation’s support behind them.

The foreign office will need to come up with a strategy to reach an agreement with the Americans about three things: drone technology, economic assistance, not in the form of aid but in the form of Free Trade Agreements for Pakistani goods, and thirdly an agreement to train the future Afghan National Army in Pakistan as well as some sort of settlement with Iran.

The drone technology will help the army with its North Waziristan offensive, and the economic agreements will spur the Pakistani economy from its current state of inertia by firing up manufacturing industries in textile plants in Karachi, Faisalabad and Sialkot, while boosting fruit exports like mangoes, revitalising the agricultural sector stung by the floods of last summer.

The third demand, training the Afghan national army, will curb the ‘perceived Indian threat’ in Afghanistan. Afghan President Hamid Karzai, though a master at giving confused signals, has in recent months given more amicable indications to Pakistan. India has the economic might to build as many embassies and infrastructure projects as it pleases, but Afghanistan will always rely on Pakistan for its ports, thus giving Pakistan significant leverage over it. Pakistan should sell its leverage, by utilising its position as an economic transit point by getting disgruntled Afghan groups the chance to reap economic benefits. It can offer Afghanistan trade and investment resources as well as bank credit.

Need for an agreement with Iran

Finally some sort of agreement with Iran should benefit us. Iran and Pakistan have historically had divergent interests in Afghanistan and the Iranians are not pleased with Pakistan’s backing of the anti- Shia Taliban. While the new Afghan government will have some sort of Taliban presence, it is unlikely to revert to the kind of government we saw in the 1990s. For some reconciliation agreement with the Iranians we can ask them to keep Pakistan’s interests in mind when dealing with India in exchange for a more moderate Afghan government. India might well have economic interests in Afghanistan and its efforts to rebuild the war torn country require funds that cannot be matched by cash strapped Pakistan at this moment. However, while pursuing the strategy outlined, Pakistan can be certain that its security interests will not be compromised.

Pakistan can no doubt keep its current strategy of wielding dangerous militias that it only has semi-control over. These proxies from time to time can even obtain some foreign policy goals at a terrible, terrible cost to our internal security and our way of life. However if we keep pursuing the current strategy the world will see us as an economic mess and a regional irritant at best, a far cry from Jinnah’s ‘leading nations of the world.’

A student of economics and international relations at Tufts University in Boston who hails from Karachi. He blogs at octagonaltangents.blogspot.com

What Turkey has done right

So you hate TV? Do something!

A Hiroshima survivor's message to the nuclear world