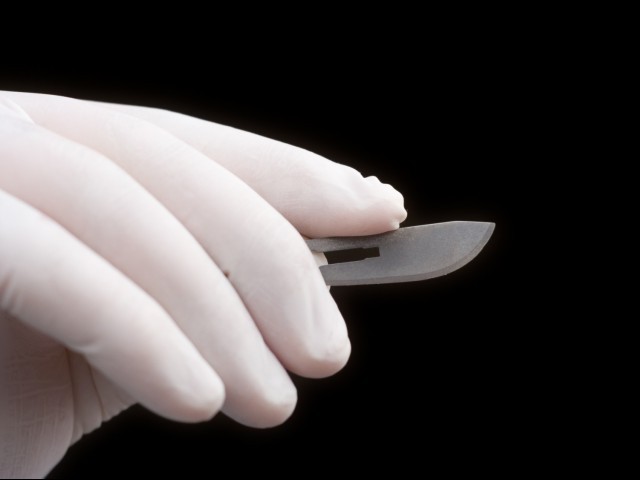 I’ve been told the first two years of medical college are the hardest because of anatomy. The subject reminds me of spiders. When a cluster of spider eggs begins to hatch, that which was a single entity turns into a swarm of scurrying, formidable creatures.

It becomes General Anatomy, Histology, Embryology, Cytology and the black widow queen herself, Gross Anatomy. Most students have similar complaints.

They are expected to memorize so many books that it becomes a Herculean task. The ones that try to understand concepts from Keith . Moore find they can’t pass tests without memorizing Chaurasia. The bright faces of first year students who were expecting to be inspired start appearing weary not far into the course. The ones that have spent their lives memorizing cruise along. Omar Haque, an undergraduate at Johns Hopkins says:

“Usually the best MD’s are not the most book smart. Memorization is only half the battle; the other half consists of bedside manners and execution.”

Cutting your way to knowledge

We’re told that some will cry and some will faint on the first day. Imran Ali Malik, who studied medicine in Islamabad (and whose band The Kominas did the music for Slackistan) says the one girl in his class who passed out at the first sight of a cadaver went on to top for the rest of the duration of medical school.

The first body my class ever dissected was of a man who had been riddled with bullets. I couldn’t look at him without wondering why his body hadn’t been claimed, what his job had been, why someone had shot him so many times – or why he was overweight. “Who cooked him all those meals, a wife? He couldn’t have made it through infancy without someone caring for him. Where was that person now?” I thought.

“I actually pushed my way in but the minute I saw that body, I handed over the scalpel and rushed out. Never again. I find dissection quite unnecessary; the way these bodies are treated and stored is unethical too”

*Seher, who does not wish to disclose her real name or location, believes dissection can be very beneficial if organized well, but has been horrified at what she has seen. “Bodies were left out in the open all year, regardless of the temperature. In the heat, fat would be dripping off the bodies, they would develop fungus and maggots, but they’d just be doused with more chemicals. In spite of all this“, she says, “we were discouraged from wearing gloves or masks.”

When she asked an attendant to issue bones from the college lab, *Seher was told the only way was to arrange for someone to ‘get them’ from a cemetery. “Apparently, there have been nerds so hell bent on scoring high grades that they were willing to pay grave robbers to do it,” reveals a disgusted *Seher.

Making amends to the mistreated

I once skipped class with a friend to give a man (or pieces of him) the only burial he’ll ever have. Faizah, a doctor who graduated from Qatar says it’s a tradition in her college to hold a memorial for these souls at the end of each year.

Other students don’t need any ‘getting used to it’. The students who take the liberty of reserving seats in the front row for all eternity beam the first time they’re told to start cutting. They’re the ones who end up doing most of the dissecting for two years. This frustrates professors who want to see everyone take a turn, but these students don’t find it easy to let go of the scalpel. If you’ve ever walked into a hospital with a minor complaint and have been surprised to hear the doctor insist on operating, it’s because some have been scalpel-happy from day one