Will Pakistan learn from its mistakes with Afghanistan to save its ties with Iran? 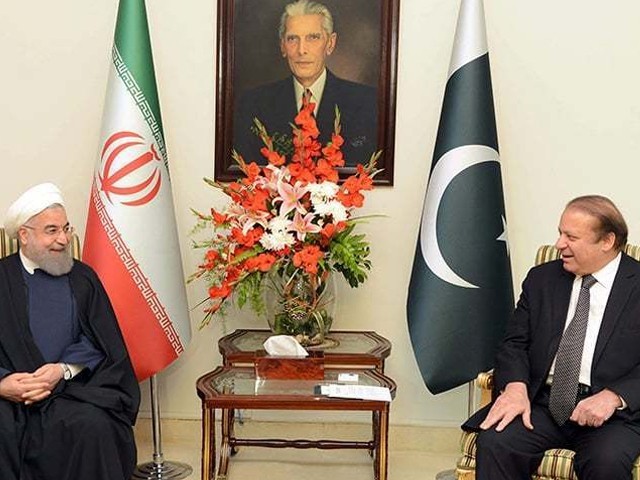 Even though tensions between Islamabad and Kabul over the Torkham border crossing are yet to be settled, Pakistan has laid the foundation of “Pakistan Gate” near the Iranian border in Taftan. The gate is said to check any illegal trade occurring via Iran, and also help the border guards effectively manage and monitor the border crossing.

What makes this gate different from the one in Torkham is that it is not only built with mutual consent from both Pakistan and Iran – but also on special demand from Tehran, as it has already built a gate of its own inside its border at Mir Java, in Zahedan.

Where one gate at Torkham has evoked sentiments of hatred, ultra nationalism and conflict creating an environment of hostility, the other gate at Taftan has largely remained a subtle and calm affair.

On the face of it, the construction of the Pakistan Gate might appear to be business as usual – where the gate is aimed at promoting legal trade and tourism. Yet, the recent killing of Mullah Mansoor, who is said to have entered Balochistan via Iran, might have served as a chief catalyst for Pakistan’s urgency on the matter.

Furthermore, the growing sectarian attacks on both sides also seem to have contributed towards the construction of these gates. Considering the length and porous nature of the border that both the countries share, initial prospects of the gates, as witnessed in case of Torkham, remain bleak.

The stark contrast in how events unfolded on both the borders also symbolises the historical ties between Iran, Pakistan and Afghanistan. Where Iran and its Shah were the first country to recognise and visit Pakistan after its partition, Afghanistan was the only country that refused to accept Pakistan as an independent state.

This symbolic and amicable construction on the Pak-Iran border is a testament to strong and stable ties between both the countries. Yet, the Pakistani electronic and social media was abuzz with the recent opening of Chabahar port in Iran. Speculation was rife that India, Afghanistan and Iran had allied to outflank Pakistan and China, with reference to Gwadar.

But Tehran was quick to deter any speculation as the media hype, especially in India, was negatively affecting the outlook of Pak-Iran ties. Moreover, Tehran not only reiterated its policy of improving bilateral ties with Islamabad, but also called Pakistan a “strategic” ally and a “brotherly” neighbour.

Conspiracy theories like these are fast becoming a norm in Pakistan. National TV anchors and social media pundits spent hours deciphering the hidden agenda behind the Chabahar conspiracy. In reality, the port’s development was initially offered to both Pakistan and China, who opted out of it citing Gwadar as a top priority. Interestingly, Iran has also formally invited Pakistan to use the port alongside India and Afghanistan – an offer that Pakistan is least likely to take up considering its current state of ties with New Delhi and Kabul. In principle, just as Pakistan reserved its right to hand over Gwadar to China, both Iran and Afghanistan, as sovereign states, exercised the same rights with the aim of furthering their national interests.

Even in a scenario where Pakistan is officially concerned about Chabahar’s operations and India’s major stake in the project, maintaining fruitful ties with Iran in that case is vital. In terms of regional politics, Pakistan should also be wary of the fact that Iran has also succeeded in creating a soft corner for itself in Washington; meaning that its trade reliance on Islamabad will reduce in the near future.

What seems to have gone unnoticed in recent events on both the Pakistani borders is the change of local and regional power dynamics. Afghanistan, on its road to stability and recovery, has already sent a clear message of how it aims to play with Pakistan in terms of border controls and management. Iran, on the other hand, has also started playing a proactive role in regional politics by extending ties not only with “brotherly” nations, Pakistan and Afghanistan, but also with a regional power and an uncanny ally such as India.

It is high time that Pakistan takes a lesson out of its neighbours’ pragmatic approach in foreign policy and makes sure that its current stable ties with Iran are effectively used to improve trade and curb sectarian violence in the country, especially the Balochistan province.