Sharmila and the media: Irresponsibility at its best 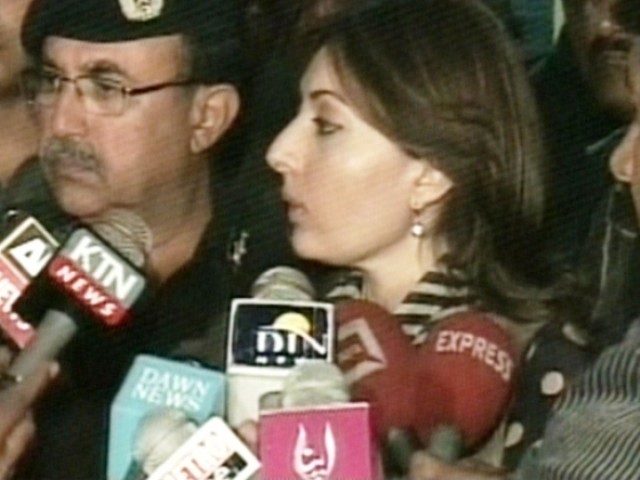 “Gang rape in Clifton” was a headline plastered across most newspapers today; while most news agencies protected the victim’s identity, English newspapers Daily Times and The Nation violated media ethics by publishing her full name, the area where she lived, the license plate number of her car and other details about the victim’s personal life.

During her media briefing, Information Adviser Sharmila Farooqui publicly named the victim and spoke of her in an apparently derogatory manner; it seemed that she had expected the victim to give her a full-blown account of the incident, and when that didn’t happen, the disappointed official thought it best to describe the girl as “hyper” and “batameez”. She proceeded to say that the little information she had obtained from the victim was “her (the victim’s) version” and that investigations were under way. Is it too much to ask that Farooqui show sensitivity and professionalism to a rape case? It seems that she arrived at the scene after succumbing to media pressure and spoke casually about the horrific incident, implying that the victim’s version was warped and inconsistent.

‘She lived with her boyfriend’

The police were completely out of line when they disclosed that the victim resided with her boyfriend – a statement that was published in a newspaper today. It makes me wonder if this media-police tag team is some deranged version of Batman and Robin that thrives on sensational news. One creates frenzy and the other leaps to the occasion and spews information that catalyses the media hype.

It is utterly shocking that this victim is being harassed by the media, who seems to be conducting a trial of its own. What is worse is that the girls involved have been accused of having loose characters and are being depicted as “call girls” who are involved in “trafficking women”.

Is this why some news agencies have disclosed their identities? A victim’s personal life should by no means undermine the gravity of the crime that has been committed. Farooqui and the irresponsible media persons should issue an apology to the traumatised victim instead of making her out to be someone with loose morals.

My question is this: even if she is a prostitute – doe she not have the right to procedural fairness and a fair trial?