The transgender community doesn’t need Rs200 million, it needs a change in mind-set 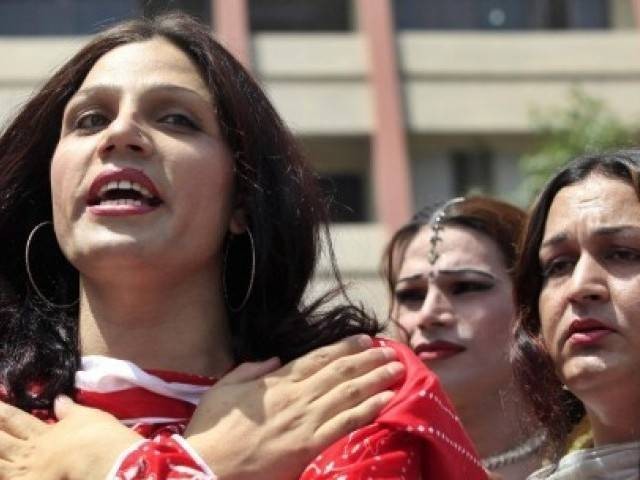 The Khyber Pakhtunkhwa (K-P) government allocated Rs200 million for the transgender community while announcing their provincial budget. Thank you, your effort is much appreciated. But the main question is; will Rs200 million be the solution to the on-going problems they face?

Is it going to remove the social stigma attached to them? How about passing a law against those individuals who treat transgender people with utmost scorn and brutality?

Most importantly, how long will it take you to give them their due rights as equal citizens of Pakistan?

Back in 2012, the Supreme Court of Pakistan issued a judgment stating transgender individuals will have equal rights, as per the constitution, including the right of inheritance and right to adopt any profession of their choice.

Regardless of laws and fatwas being passed, this particular segment of society has been the victim of several hate crimes, insults, physical harassment, sexual abuse, psychological torture and murder. In the past year, in K-P alone, 46 transgender individuals were killed and 300 suffered varying forms of brutality and cruelty.

To be honest, no law or amount of money can rectify the glaring situation we have at hand. It is more to do with our thinking.

We think they’re the downtrodden individuals of society and can only be used for entertainment, be it singing and dancing at weddings or on the occasion of a birth. The mere mention of a transgender in a normal conversation is taken as an insult,

We have to breakdown the stereotypical male and female gender roles that have existed in our homes and public spheres. By declassifying roles and behaviour, we can finally accept transgender individuals as a part of our society. We need to make people realise that gender roles are not genetic, they’re socially instilled and the only way to break away from that is to change the way we see gender.

The government has a major hand to play in this as well. Till it doesn’t take steps such as recognising them on job application forms as a third option in the gender section and till hospitals and doctors don’t give them precedence, their status in our intolerant society will remain the same. Alisha, a transgender activist, was a victim of this attitude. She was shot multiple times and succumbed to her wounds while the doctors debated whether she be admitted in the male or female ward.

They’re pushed out of their homes at an early age for being unlike the rest of us. Homeless and humiliated they don’t know who to turn to and then we blame them for being pushed into dancing at weddings, performing menial tasks, forced into living in slum areas and denied the basic right of an education. They can’t even travel using public transport in fear of being constantly ridiculed. All they ask for is respect and an equal role. Yet, we fail at that also. Until it is made incumbent for them to receive an education and until they aren’t made to apply for proper jobs, they will have no choice other than to earn through disrespectable means. After all, just like us, they too have to earn a living.

Why should they be punished for no fault of their own?

New laws are not needed – all that is needed is to enforce the existing ones. No amount of laws, CNIC cards will suddenly make this community an acceptable part of our society if there are no people that wish to implement the sentiments associated with them. Neither will this Rs200 million.

The author is an organisational psychologist and a director at Compass Training and Consultancy Pvt. Ltd. He tweets as @Ahmed_Bilal01 (twitter.com/Ahmed_Bilal01)