Please don’t let the world say ‘I told you so’, Britain! 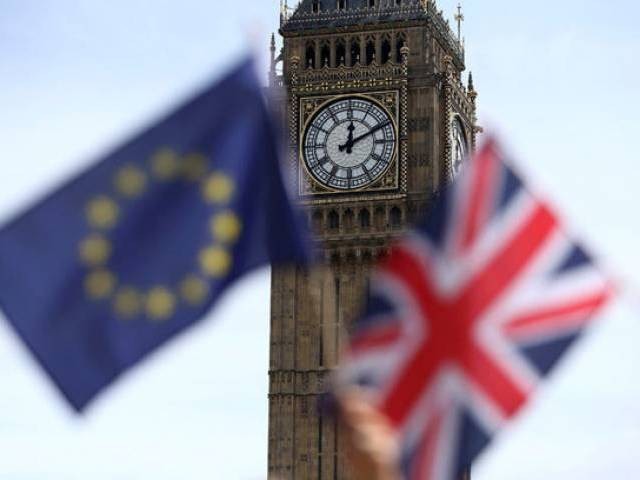 The EU's 28 European Affairs Ministers meet in Luxembourg to lay the groundwork for Brexit talks at the EU summit on June 28-29. Talks start at 1230 GMT. PHOTO: REUTERS

I have a British passport and I’m a UK trained Chartered Accountant, having worked in the city of London for over a decade – which some would think means I am slightly better placed than many others to understand the implications of Brexit.

However, it’s too early for anyone to predict the socio-economic implications. I can say though, with quite some certainty, that at least in the short term the fallout is going to have far reaching implications.

Waking up this morning to Britain’s decision to leave the European Union is beginning to take on Black Friday like proportions.

Every social media platform is inundated with peoples’ views about Brexit and its dramatic implications. There will be much conjecturing ahead and a great deal of theories will take shape and fall by the wayside – academics are already saying there is a fear that Brexit will also become an acronym for the next brain drain or ‘brain exit’ out of the UK!

I hope the #Brexit vote is a wakeup call to the EU. You're not bad, EU, but you've overstepped your boundaries. You need reformation.

Nations and people make mistakes and learn from their mistakes too. There are democratic mistakes and blunders too. #Brexit

#Brexit is what happens when anti-intellectualism, nationalism, anti-immigration, & paranoia all collide.

Britain voting to leave the EU might be the biggest divorce of this and the previous century, but like all divorces, we must remember that these decisions are not made lightly and certainly not on a spur of the moment. There are almost always two camps and the process is never pretty and most often quite acrimonious.

There is generally a great deal of emotion involved in the decision and it is rarely one of pure reason and logic. I’ve just finished explaining to my 13-year-old that when there is a democracy, one must live with the impact of the decision of the collective. His first, very logical, question was whether we would now need visas to every EU country!

Brexit is certainly one of the most seismic decisions the modern world has seen. But it’s a decision the British people have taken and one that the leadership knew could come, once the path to a referendum was chosen.

It may have been a marriage of over 40 years, but for reasons that have been circulating in the press for months AND as part of the party was becoming very euro-sceptic, David Cameron decided on holding a referendum. His shock at the outcome is clear and his decision to step down as prime minister to allow a different captain to ‘steer the ship’ out of the EU is an expected one.

WATCH: @David_Cameron resigns, confirms new Prime Minister will be in place for October.https://t.co/87gvhBQZb8

Once the Tories have decided on their Brexit Leader, the big issue for the Tories and Labour/others should be what the agenda should be for talks with the EU. It’s not a time to be divided and to allow technocrats in Europe to decide, by and large, how Britain will survive going forward. The parties must at this time find consensus. A huge minority voted to remain and all views must be managed and respected as far as possible.

The city of London is in shock as it expected Britain to remain in the EU. The pound has plunged, stock markets have fallen, Westminster is shaken.  The reverberations will begin to trickle through into the UK economy and global economies over the coming weeks.  Britain will most certainly face sharp recession like scenarios. I disagree when people say that this is a decision to self-destruct, but it is certainly going to lead to a great deal of change in the EU and Britain.

Although the EU will be greatly diminished by the exit of Britain, it is certainly not the end of the EU.

Will Britain get superbly favourable terms on exit? Definitely not.

But it will survive. It is one of the world’s greatest markets; an economic force. The coming weeks and months are not going to be easy at all and it must equip itself to negotiate the best possible terms. The short-term future for Britain might look a bit like giving repetitive birth without pain relief of any kind, with an added slap on the derriere by the midwife every so often, to add to the hurt!

In fact a big concern for the EU right now is the possibility of others choosing to exit on the back of Britain’s decision. Both the EU and Britain need to manage the process and the next few months very carefully.

However, the ‘leave’ group in the UK must remember that it’s not the EU that’s decided to leave Britain. It’s the other way round so, my fellow Brits, take it easy, get all the support you can, don’t be cocky and whatever happens, please don’t let the world say ‘I told you so’!

The author is a Chartered Accountant and an International Mergers & Acquisitions specialist with experience of business that includes living and working in Europe, the Far East, the US and Dubai. Soon after becoming a Global Partner at PricewaterHouse Coopers a few years ago, she decided to change careers and use her experience to help people realise their potential by becoming an executive coach. She is a certified Evolved Life Coach, trained in neural and behavioural techniques such as neuro-linguistic programming, stress biofeedback, hypnosis and time paradigm techniques.

How can France assume the basis of our choices?

It’s good to be back…