Is Imran Khan endorsing and financing an institution that officially supports the Afghan Taliban? 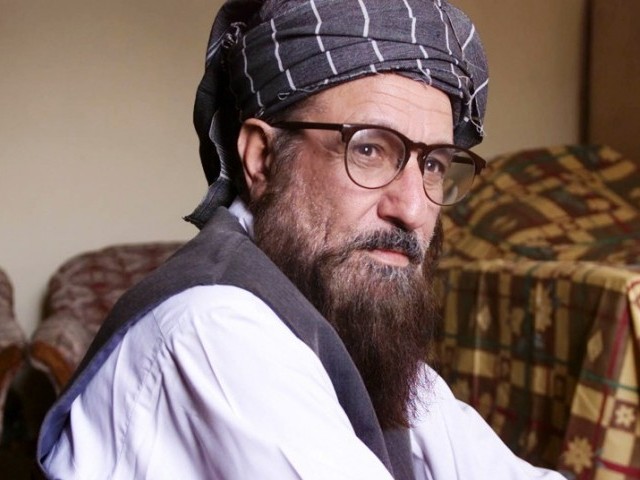 Maulana Sami ul Haq is a Pakistani religious scholar and a politician. He is regarded as the "Father of the Taliban" and had close ties to Taliban leader Mullah Mohammed Omar Photo: Justin Sutcliffe/Telegraph

For those as yet unaware of the legend, Darul Uloom Haqqania is a large religious seminary located in Akora Khattak in Khyber-Pakhtunkhwa (K-P). It was founded in 1947 by Maulana Abdul Haq, a prominent scholar of Hadith who had trained at the Darul Uloom Deoband, the centre of Deobandi Islam in undivided India. It remained, till the start of the Afghan-Soviet war, a somewhat respectable institution that stayed away from politics and controversy.

The students and administration of the seminary even played an important role in ensuring security and safety for the engineers and labour crews of the massive Karakoram Highway project. Following the Soviet invasion of Afghanistan in 1979 Maulana Abdul Haq declared fighting the Soviets a compulsory duty for all Muslims. At this point a heavy emphasis on holy war was incorporated into the teachings of the institution which continues to this day. Darul Uloom Haqqania is currently presided over by Maulana Abdul Haq’s son, Maulana Samiul Haq who is a diehard supporter of the Afghan Taliban.

The seminary has some rather illustrious alumni. Among these are:

– Mullah Akhtar Mansoor: Erstwhile leader of the Afghan Taliban who was killed by an American missile strike last month.

– Asim Umar: Shadowy leader of al Qaeda in Pakistan and Afghanistan appointed by no less than al Qaeda leader Ayman al Zawahiri himself.

– Jalaluddin Haqqani: Feared leader of the Haqqani group and one of the most wanted men in the world.

– Mullah Omar: Founding father of the Taliban who died in 2014. He attended the Madrasah only briefly but was awarded an ‘honorary degree’ much later due to the seminary’s full confidence in his moral uprightness and scholarly abilities.

Not once has the madrassah distanced itself from any of these individuals and continues, from most reports, to contribute large number of ‘graduates’ to the cadres of the Afghan Taliban and other extremist groups. As recently as 2013 Maulana Samiul Haq stated in an interview with Reuters that Mullah Omar is “an angel-like human being” and that the Taliban should be allowed to fight for the “freedom of Afghanistan”.

Now coming to the point of my preamble about the Darul Uloom Haqqania – and this is where things get very interesting. Last Thursday, Provincial Minister Shah Farman informed the K-P Assembly that Darul Uloom Haqqania has been allocated Rs300 million from the state budget. The monies will be disbursed over two budgetary years to the seminary. He observed that past governments had never delivered on the promise to provide religious seminaries with funding from the provincial budget which this government was finally delivering on.

What, for the love of God, is going on? What achievements, what contribution to the country is Darul Uloom Haqqania being rewarded for? Is the K-P government actively endorsing and financing an institution that, as yet, officially supports the Afghan Taliban and has had many well know terrorist leaders in its ranks? This is a very unfortunate, and in all honesty, perilous state of affairs. Terrorism has weakened our nation from within like nothing else in our history. Extremism continues to be on the rise as evidenced by the unrelenting spate of sectarian violence and the targeting of minorities which continues with unperturbed, savage impunity. Yet here we are, giving Rs300 million to a madrassah with well-known ties to terrorist organisations and widely known to contribute to the rank and file of the Afghan Taliban.

Here’s the thing; we will not be able to make an iota of difference to the scourge of terrorism and other manifestations of extremism till religious seminaries remain beyond the precinct of proper civilian law. This lack of oversight is unacceptable to begin with but takes on a more treacherous dimension when one takes into account the harm done to Pakistan by the extremism that these institutions have helped breed.

Imran Khan defended the grant to Darul Uloom Haqqania in an interview on Wednesday stating that this was going to bring seminaries into the “mainstream” and “keep them away from radicalisation”. I am sorry Khan Sahib, without a clear cut agenda or legislation that delineates how Madaris are going to be regulated and prevented from being incubators of radicalisation that is not going to cut it. By all accounts, attending Darul Uloom Haqqania has led to youth being radicalised and you want us to believe it will keep them away? What manner of denial is this? How distant are you from the reality of Pakistan and this world-renowned seminary of Akora Khattak?

I appeal to K-P Chief Minister Pervez Khattak and Chairman PTI Imran Khan to immediately revoke the allocation of money to Darul Uloom Haqqania. I would further request them to set an example for the rest of the country by bringing every madrassah in K-P under the jurisdiction of the Board of Education.

Affronts like these to the intelligence and misery of the people of Pakistan must cease. Religious schools must be regulated and any material preaching hatred against other sects and religions as well as glorifying bloodshed must be banned. The 2-3 million students attending seminaries must be taught curricula meeting at the very least the national standard for Matriculate and Intermediate graduates. The purpose of education is to produce a capable workforce and the leaders, scientists and visionaries of tomorrow. Pakistan’s Madaris have instead become an assembly line for inadequately educated and unskilled individuals unable to contribute meaningfully to the nation’s future and predisposed to bigotry and violence. Our children deserve better.