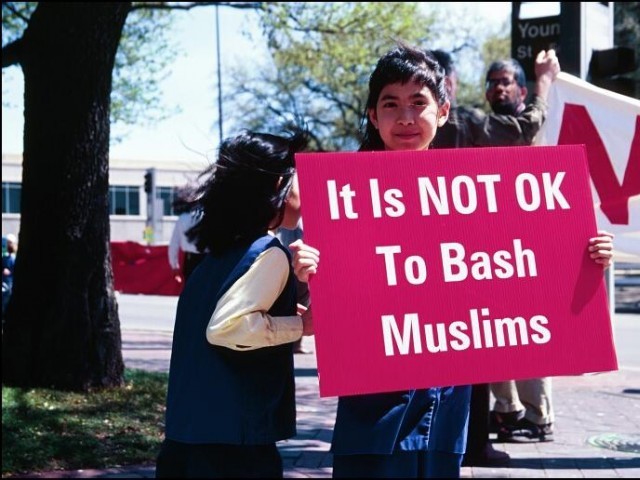 In the world we live in, Mark Zuckerberg is ‘Person Of The Year’ and slacktivists can click a button to soldier on for a cause. Gone are the days of long marches, debates, writing letters to leaders or newspapers, or mobilizing petitions. Now it’s all about the ‘like’ and ‘share’ buttons.

Unless you’re a kindergartner, your brain processes words as fast as your eyes see them. Every time someone joins these groups, I automatically end up reading the hate-speech which I would otherwise try to avoid. I find myself clenching my fists with frustration. Making such groups which contain the same obscenities and ranting is only propagating them.

I’m disgusted by those pages as much as anyone else is. But to try and mobilize our entire country against a random Facebook user is almost as ridiculous and futile as the page itself. I say futile because no Facebook page or cartoon could ever weaken Islam, or harm God in any way.

When a bully manages to make the weaker kid in class cry, does that make him stop? There are better ways to make people change their minds about Islam than loudly protesting.

When Pamela Geller dubbed the “queen of Muslim bashers”  started a bus campaign deliberately designed to spread Islamophobia by touting the words “Leaving Islam? Fatwa on your head? Is your family threatening you?”, the Muslims of Chicago and New York didn’t take to the streets to burn effigies or shout slogans as we sometimes do in Pakistan. They donated funds for a rival bus and for another site, which is designed to educate people who are curious about Islam and to correct them about misinformation that people like Pamela Geller, Glenn Beck, and Ayaan Hirsi Ali spread.

Maybe we’re used to raising our voices to get what we want. Spoiled children get what they want at home by throwing a fit, but that doesn’t work in the classroom. In Pakistan, yelling solves problems with tailors and servants. Even the kids that talk louder and get angrier during debate competitions are the ones that win, but yelling to get what we want will never work when dealing with people in other countries.

People who share these offensive groups not only fail to realize that what they’re doing annoys others, they are also helping the people who created these hate pages. By all means report them (even though when the entire country was in furor recently over a page all Facebook did was block us from viewing it in Pakistan – not delete it). But please send a message to all of your friends with a warning, just so they’re mentally prepared before reading hate speech. Better yet, be productive instead and try making a page without expletives, one that explains why Islam is the religion of peace.

Matthew Inman of The Oatmeal fame made a post to educate people on Facebook about habits that will get you ‘de-friended’. But even if the Quiz Taker, The Horrible Photo Tagger, or the Desperate Marketer won’t be able to stop themselves, maybe they’ll feel a twinge of embarrassment before they hit the ‘share’ button next time. I’m hoping the sharers of expletives against Islam on Facebook do the same. I’d rather not read that, thanks! Now you know.