Why triple talaq needs to be abolished 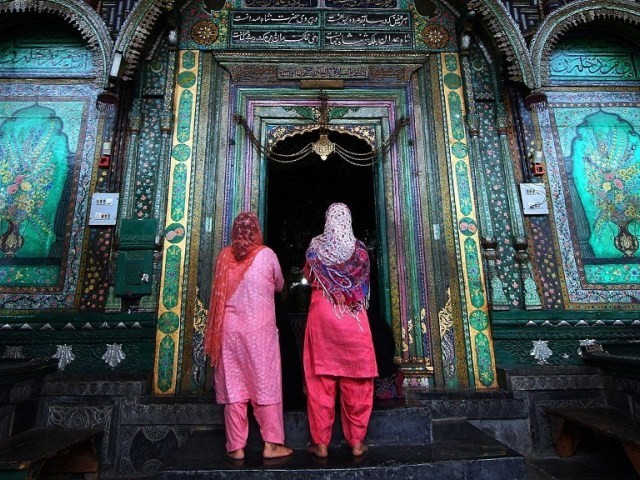 Constitutionally speaking, it is clear that triple talaq is a gross violation of the rights of female citizens PHOTO: REUTERS

Following petitions by Muslim women in the Supreme Court, there has been an on-going debate about triple talaq (divorce) and the need for its abolition. The dominant views on the issue are either by the likes of the All India Muslim Personal Law Board or the Muslim women themselves. It signifies two extreme positions; continuation of status quo versus voices for reform and gender justice. This article is an attempt to put forward our position based on the lived realities of women as a Muslim womens’ organisation that strives for justice and equality.

Triple talaq should be abolished because it is un-Quranic; goes against the spirit of the Constitution and lastly, but importantly, it is unjust and inhuman. It is not a debate created by the media as suggested by some. In our work, across 15 states in the last 10 years, we regularly have women coming to us with their grievances about triple talaq.

We released a report in November, 2015 with case studies of how women were rendered homeless overnight, left destitute with no help for the children either, after being divorced orally, in an instant. Most women are traumatised for life and find it difficult to recover from the shock. Some even came to Delhi to the public hearings and provided testimonies in person. In most cases, the women were not even present when the husband uttered talaq thrice. Some of them narrated how they did not find help from any of the existing religious bodies that they approached. The report has annexures also consisting scanned copies of decrees by various qazis (Muslim cleric), upholding this talaq as valid.

In our national study, ‘Seeking Justice Within Family’, out of a sample of 4,710 women, 525 have been divorced. Of these, 346 women were divorced orally, 40 women were sent a letter of divorce by their husbands, 18 women were divorced on the phone, one via SMS, three through email and 117 through other methods. In the same study, 92 per cent respondents called for a legal ban on the practice of oral, unilateral or triple divorce. To call it a media debate therefore would be untrue.

In Islam, marriage is a social contract with clear conditions to be noted down in a nikahnama (marriage contract). Not only this, it provides for affirmative provisions for a bride such as mehr (dower). Triple talaq is mentioned nowhere in the Quran, and perhaps, this is the reason why it is illegal in most Muslim countries. The Quran gives equal rights to both husband and wife to seek divorce. But it nowhere allows instant divorce, for it treats marriage as a serious social relationship, entered into by two individuals. There are a number of verses in the Quran that call for attempts to reconcile in the case of marital discord. There is a verse calling for mediators, from families of both sides, if reconciliation between husband and wife is not working out. The verses clearly call for reconciliation and mediation process to be carried out over a period of 90 days. Allah has ordered the man or the husband to carry out this process. Divorce can happen at the end of this time period if the process does not lead to any reconciliation.

So, the question of unilateral or instant divorce, does not arise. This makes the practice of triple talaq, as practiced in our country, totally un-Quranic. The Quran is the greatest source of guidance for Muslims. Besides, Muslims draw a lot of inspiration and learning from the Sunnah or the life teachings of the Prophet (pbuh). There is a widely known incident when the Prophet of Islam was tremendously displeased and reprimanded a man for divorcing his wife in an instant. No wonder, world over triple talaq is not accepted by Muslims. The Shia community in India, too, does not hold it as valid.

However, there is the Shamim Ara judgement and few more judgments by various high courts, where triple talaq was held as just one talaq, and thereby revocable while hearing the respective matters with all the specifics of the cases. But the catch lies somewhere else.

It would be a simple lawyer-like argument to say that if Shamim Ara or another such judgment exists, there is no need to call for abolition of triple talaq. Such a position overlooks certain facts and ground realities that exist in the lives of ordinary women. For one, these judgments have not prevented triple talaq from taking place in our society. But how just and fair would it be to expect that every woman who receives triple talaq must go to court to seek justice, whereas the man can just utter ‘talaq talaq talaq’ and move on with his life? Now, it is up to the wife to go to court and invoke the Shamim Ara judgment and fight.

For this to happen, several preconditions are necessary. Firstly, she must be aware of the Shamim Ara judgment. She must be aware that triple talaq is un-Quranic and that the neighbourhood cleric is wrong. She must have the gumption to initiate a court case; she must have the money to hire a lawyer and the wherewithal to fight a time-consuming and complicated legal battle.

Meanwhile, more and more husbands can continue unilaterally giving triple talaq, re-marrying and enjoying their lives. It must be kept in mind that the Sachar Committeee report has established that Indian Muslims live in poverty, socio-economic backwardness and are marginalised. Pertinent to note here, that some years ago, we decided to raise our membership fee to Rs25. But, we were forced to go back to our original fee of Rs5 because some women could not afford it. It’s anybody’s guess how many Muslim women can go to court to challenge the triple talaq.

Triple talaq happens not because of religion but because of patriarchy and powerplay masquerading as religion. It is important that ordinary Muslim women and men are educated about the Quranic principles of justice and fairness concerning divorce. It is important that everybody learns about triple talaq being un-Quranic. Only then can these false notions manufactured by the conservative patriarchal bodies be exposed for what they are – un-Quranic and unjustified. Only then can the bluff of the so-called personal law boards be called wrong, as is happening now.

Prevalence of triple talaq is the most pre-eminent illustration of legal discrimination against Indian Muslim women. The Hindu Marriage Act, 1955; the Hindu Succession Act, 1956 and the consistent amendments to the Christian Marriage and Divorce Act which has been amended as recently as 2005, have enabled women from different communities to obtain legal justice to a considerable extent.

The stone-walling of the reform by few orthodox Muslims has not allowed any improvement or amendment to the Shariat Application Act, 1937. As a result, Muslim women suffer in matters of triple talaq, halala, polygamy, custody of children and inheritance despite highly just and favourable Quranic injunctions. The Uniform Civil Code is not the answer for these issues. Muslim women can get justice through a comprehensive reform in Muslim Personal Law based on the Quranic framework. This is permitted by the Constitution as well. The interference is from the patriarchs and not by the courts. In fact, the ordinary woman has to approach the courts because the clergy has consistently failed her.

Constitutionally speaking, it is clear that triple talaq is a gross violation of the rights of female citizens. The right to religious freedom applies equally to women and men. It nowhere gives male citizens the permission to oppress female citizens. Muslim women have been denied their Quranic rights owing to misinterpretations and interference of patriarchal orthodox bodies. We are confident that the courts will make this long-pending correction and give justice to all the Muslim women of the country.

The authors of this article are Zakia Soman and Noorjehan Niaz; co-founders of Bharatiya Muslim Mahila Andolan.

The Wire is a publication that provides authoritative analysis and commentary. Their aim is to build a platform driven by good old-fashioned reporting on issues of national and international importance and interest.