Whether the victim is a man or woman, acid attacks are no laughing matter 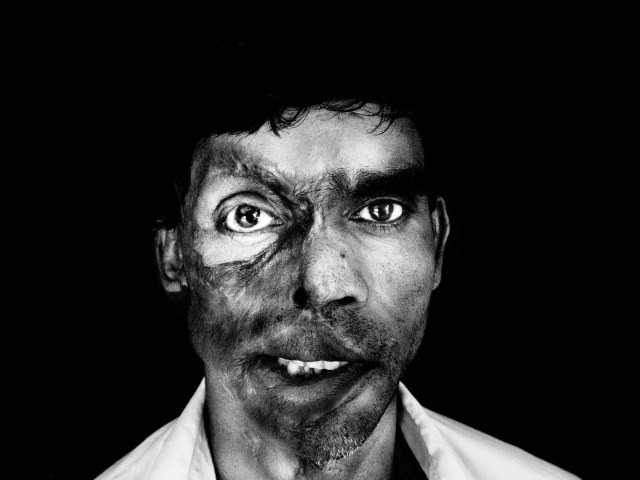 A terrible incident took place in Multan a few days ago when a young person was attacked with acid, suffering burns on over 50 per cent of their body. Usually – as much as 80 per cent, in fact – when an acid attack takes place in the country, the victim is a woman. In this case, though, the genders were reversed.

The victim, a 24-year-old man, had been invited over by a 36-year-old woman to her house. I am sure there is more to it than this, but the woman, who apparently was already married and the mother of four children, proposed to him. When he refused her, she threw acid on him, before fleeing the scene. She was arrested a day later, but the awful occurrence for the man has sparked a rather nasty reaction on the internet.

On Facebook pages of both leading Pakistani news websites, commentators have reacted with laughter. Some have gone as far as to suggest that the scores have been made more even; after the multitude of women that have been made to suffer acid attacks in this country, it was good that the tables had turned.

It boggles my mind that I even have to write this, but it is complete and utter madness for anyone to suggest these thoughts or to find humour in the situation.

Yes, women have suffered more acid attacks, but how does this young man hold responsibility for the crimes of others? There is no scorecard. This isn’t India versus Pakistan in a cricket match. A victim of an acid attack is a victim, regardless of gender.

So please spare a thought for this human being with hopes and dreams like anyone else, whose life has been turned upside down in a nightmarish incident that has left him permanently disfigured and possibly without the use of his eyes, ears, and more.

On the other side of the coin are numskulls claiming this was the case of a woman acting out as a result of the women’s protection bill.

Let’s get one thing straight. The bill protects women from being attacked. It doesn’t grant them the rights to throw acid on anyone.

There are also misogynists asking feminists to explain the incident, which would be as stupid as asking every American presidential candidate of all time to take responsibility for Donald Trump.

Acid attacks are a serious issue in Pakistan. The victims are usually women but, as this case shows, it can be men as well. We have a problem in this country where we can’t take no for an answer. Our sense of self-entitlement has reached such heights that anyone who refuses our wants is to be mistreated.

If we are going to tackle the issue in Pakistan then we need to regulate the sale of acid. This morning I asked around at a few shops for this blog and learned that certain stores will still sell a bottle of the stuff for less than Rs100. Yes, that’s how inexpensive it is to destroy a life. Why isn’t law enforcement taking care of this?

On a deeper level, both the incident and the weird reactions to it display how little we value life in this country, and our lack of respect for other people’s boundaries. This is why we abuse, threaten, burn, maim, rape and kill so easily. It’s our way – or the highway.