Mommy tips: How to raise a mini activist 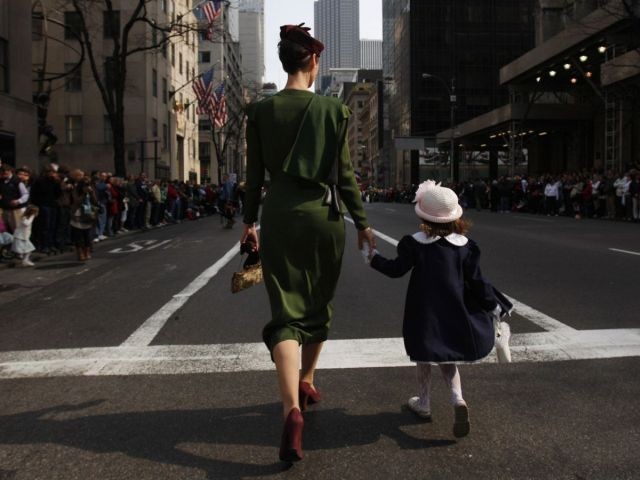 When we hear the word “activist”, we immediately think of khadi clad, jhola carrying men and women braving water cannons and lathi charges. But an activist is one who campaigns for social change of any kind, someone who identifies the rot in society and speaks about it. There are various degrees of activism and similarly various ways of showing dissent. Thomas Jefferson said,

“Dissent is the highest form of patriotism” and any thriving society needs such voices.

Such conscientious persons are not born but raised. One might feel that preteens are too young to grapple the socio-political dynamics of a complex society, but I feel it’s never too early to talk to kids about the surroundings they are growing up in. An aware mind will ask questions and, if faced with incomplete or unconvincing answers, they will come up with an alternative.

To this effect, there are some ways to start teaching kids at an early age to question the norm and sniff out the rot.

1. Watch TV with your kids:

Television has become the unpaid nanny of the 21st century. Whether we admit it or not, our kids spend an unhealthy amount of time in front of the infamous “idiot box”. But now we can use this evil device to our advantage; try sneaking in an hour or a half and watch TV with them. You will find umpteen opportunities to teach them about gender equality, racism, consumerism and many other socially relevant issues.

A fairness cream advertisement is the perfect opportunity to teach young boys and girls how the colour of their skin is not related to the success they achieve in life. Body shaming and image building can be explained through size zero ads that pressure people to look a certain way. One can also teach them about misrepresentation of facts and the distortion of truth.

No amount of money spent by giant corporations should ever convince a child that consuming packaged products can be good for them. They must question facts casually mentioned in the ads and passed off as truths!

My nine-year-old daughter happens to be a healthy eater and avoids junk food. Her scornful looks and snide remarks at two-minute noodle commercials are reassuring that I’m raising a conscious consumer who will not buy in to colourful lies.

In the age of electronic and social media we watch numerous news clips, read copious amounts of articles, receive infinite forwards and if not any of these, then we surely read the newspaper. These are such a treasure trove of information. A healthy discussion on any topic can enrich a young mind and channel their obscure thoughts into the right direction.

With worldwide debates on free speech to the American Presidential elections, from discussions on nationalism to comedy, we have a moral obligation and are responsible for enlightening our children about the going-ons. From social injustices to climate change, world refugee problems to the present political situation; are all very tangible problems that affect our kids.

Instead of letting our kids form ideas based on incomplete or inaccurate facts, let us arm them with information to make logical conclusions devoid of any confusion. A favourite topic of discussion, between my daughter and me, is global warming and the environmental crisis. This has led her to vow to plant trees on her birthdays and other special occasions. It might be a small step, but we can advocate for a better world one tree at a time!

In my experience it might be a little troublesome to shop with a seven-year-old, but the values taught are well worth the effort. Shopping also provides a healthy peek into budgeting and rationing – both are life skills that turn us into better adults. Our shopping trips have transformed my daughter into the ant from the famous poem “The Ant and the Cricket”. I love it when she proudly exclaims how she can’t “afford” an article worth 50 bucks and chides her father for his “extravagance.”

Your everyday mundane office stories can teach your child how to behave in a workplace and tackle social relations. They learn to be a team player and an achiever. But most importantly, they learn about gender bias and gender inequality. Such kids will grow up to be champions for the cause of gender egalitarianism.

Talking about gender equality reminds me of a funny incident not too long ago, when my daughter was telling me about a woman in Egypt (probably Nefertiti) that once became a King. I told her that it was impossible for a woman to become a King and she must’ve become a Queen. My daughter would not accept this and continued to argue about how this figure had in fact become a King. Flustered on not being able to convey the paradox of a woman being a King, I said,

“It’s as impossible as a woman becoming a –”

We enjoy our weekends watching the latest Bollywood releases and gobbling up buckets of popcorn. But these movies serve a side dish of misogyny and sexism. The item number that objectify women or the Romeo who doesn’t give up chasing the girl next door, all provide an unhealthy outlook to love.

After watching a movie it is important as parents to tell them why certain songs or scenes were superfluous. It is imperative than we teach them the difference between stalking, bullying and being in love. Allow them to hum and sing songs, but do tell them what the words mean and how questionable the lyrics are. This will definitely deter them from repeating the filthy words on a loop.

There are some movies in which you can point out the obvious and then there are some that makes a young mind question. We had just finished watching the much acclaimed Kapoor and Sons and were still reeling from the dreaminess of Fawad Khan when my daughter asked what being gay was? Suddenly the evening became as much about fun, as it did about forming a young mind’s opinion on the LGBT community.

Another great and fun way to teach kids is through vacations. Exploring new places opens up the mind and broadens the horizons. They get to meet different kinds of people and learn first-hand about the problems that are faced by people outside their immediate society.

A recent trip to Kashmir gave us the opportunity to teach our daughter as much about the Chinar trees as about militancy and terrorism. Separatism and border violations might appear too delicate an issue to discuss with a 10-year-old, but a mild introduction to these topics makes them aware of the country they live in and the problems it is plagued with. There is no education greater than the ones provided on a family vacation.

7. Teach them about religion and history

The ways of worship and the names might differ, but all religions unanimously teach us to be good human beings. They teach us to be morally upright, practice/preach peace, a brotherhood and, above all, require us to be the best versions of ourselves. A person conscious of such teachings will automatically question wrong when s/he sees it.

If not religion then tell them about our past struggles, it’s revolutionaries. History is replete with men and women who have reshaped the world as we know it. A healthy dose of positive role models, mythological or historical will make for a morally conscious adult.

Following these tips, even one or two, will shape your child into a sensitive and aware citizen of the country. I still remember the day my daughter wanted to write a letter to the prime minister asking him to get the Koh-i-Noor back!

The author is an English honours graduate from Delhi university. She is a mother by day and blogger by night. She tweets @Saiema2 twitter.com/Saiema2

I taught my daughter to lie