Is Hamza Ali Abbasi the only one brave enough to broach the ‘Ahmadi question’ on TV? 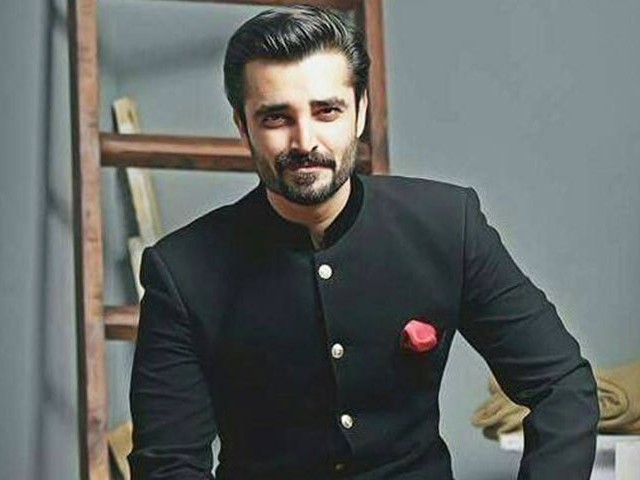 The actor and social activist questioned the oppression of Ahmadis. PHOTO: FACEBOOK

Pakistan has a complicated relationship with one of its most bankable stars, Hamza Ali Abbasi. For we might love putting him in the line of fire for his over-emphatic, often ill-informed, posts on Facebook; the TV serials he stars in climb up the TRP charts like a pro.

Courting controversy is then Hamza’s forte, after all, they say no publicity is bad publicity and Hamza’s getting his share aplenty. Often pointed out for his extreme ideas, borderline hypocrisy and “liberal bashing” on his very active Facebook page, Hamza has circled himself with a group of like-minded people online; most dwelling upon the same page as himself.

Lately, however, there has been a shift in the paradigm. If you follow Hamza Ali Abbasi on Facebook (which I do, for educational purposes if nothing else), you might have seen a gradual shift in the tone of his posts lately. Not that he doesn’t like to play in the extreme garden every now and then – but on the whole his posts seem to have taken a more balanced stance.

This is welcome, of course, apart from the fact that it angered many of Hamza’s loyal fans, who subscribed to him only because of his stern ideology, and many spiteful comments were seen from the same people who previously sided with Hamza in his merry bashing-spree. And that is how Abbasi perhaps ruffled the feathers of both the worlds in the wrong way. The left was already wary of his open hatred towards it, and the right just realised the slipping away of an ideologue it had been clinging on to with violent fervour.

And the most recent episode in the whole saga is a little disconcerting to be honest. Hosting a Ramazan transmission on a private TV channel currently, all hell was let loose as Hamza, very boldly, ventured into the area none dare to. A very composed and articulate Hamza brought up ‘the Ahmadi question’ in his show, which is something we should all be asking instead of brushing it under the carpet. He asked the religious scholars on his show whether the state has a right to label any group of people as kafir (something the ‘seculars’ have been asking for ages).

Moreover, he went on to highlight the abuse faced by the Ahmadiyya community in Pakistan, questioned why they weren’t guaranteed their rights and also lamented on how people label the person standing up for Ahmadi rights as an Ahmadi too. Sounds vaguely relevant to many of us, but Hamza took it to another level altogether.

This is the issue we should be tackling in the holy month of Ramazan, of questioning the abuse of certain communities in a country where there’s an overwhelming majority of those adhering to the religion of peace.

Social activists and many prominent individuals hailed Hamza Ali Abbasi for his stance. In all fairness, when was the last time someone on our national TV was bold enough to raise a voice for our marginalised communities? The likes of Amir Liaquat Hussain would rather promote violence against the same. The last time a debate of this nature entered our national narrative, it was by the late governor Salman Taseer, and all of us know what became of that. In the same way, Hamza’s feat didn’t go down too well with many people either.

You know there’s a problem with cosying up to extremism. We think the den is warm and secure, but it’s only for as long as we follow the fanatic rituals blindly. There’s no space for a learned debate therein, no discourse whatsoever. One wrong move, and you’re an outcast. Junaid Jamshed is the prime example and was given a rude awakening.

Social media, since the show aired, has been firing hateful propaganda towards Abbasi. The relatively polite keyboard warriors are content on claiming he’s lost his mind or denouncing him as a Yahoodi agent, but there are pages burning with warnings of all sorts of dangerous repercussion, including one reminding him of the fate of Salman Taseer.

All this has forced Hamza Ali Abbasi to put a clarification video on his page, emphasising that all he vouched for was basic human rights and nothing else. It’s sad to see that this is the society we’ve built, where something as innocuous as this can lead to death threats. It’s even sadder to realise that people like Hamza Ali Abbasi, now the victims, might have themselves helped shape this society into what it is today.

Junaid Jamshed was always vocal against ‘secular’ ideals. But guess where he flew off to for refuge when his homeland turned vindictive towards him on charges of alleged blasphemy? The secular land of London! Lesson – it’s never okay to spew hatred against any idea, any notion; you never know when reality decides to take a dive at you!

But when all is said and done, this is the moment to support Hamza Ali Abbasi. For encouraging the debate on basic rights and taking the lead. He plans on broaching this sensitive topic again on the last day of his transmission. We hope he does, and will be waiting for it. In the meanwhile, cut down on hate speech wherever you can, report the pages threatening Abbasi and laud him for all his bravery and resolve.

I might not agree with you on a lot of things, Mr Abbasi, but for this alone, you deserve all the appreciation in the world. More power to you!