Did we make Omar Mateen a self-hating gay man? 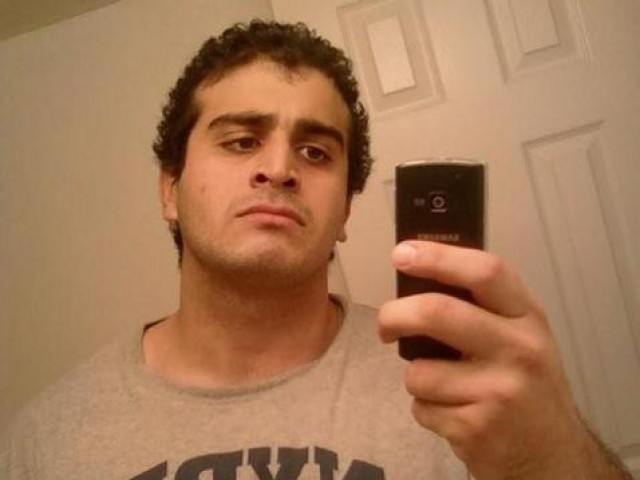 An undated photo from a social media account of Omar Mateen, who Orlando Police have identified as the suspect in the mass shooting at a gay nighclub in Orlando, Florida, US, June 12, 2016. Omar Mateen via Myspace/Handout via REUTERS

What happened in Orlando is a terrible tragedy. Innocent people were massacred and now the blame game begins, with accusations and counter accusations, but some serious soul searching needs to be done by several groups.

While the gun lobby is relieved that the shooter wasn’t a white right wing, gay hating, fringe extremist, it is relevant that he had licensed weapons, despite being on the FBI radar. America must question the ease with which it allows people to access such lethal weapons. Is the right to bear arms still relevant in this day and age of dialling 911 and proactive law enforcement of the kind prevalent in the US?

It is ironic that in any one of the recent mass shootings in the US, the shooters have not been countered by another gun carrying individual. After all, in such a heavily armed society, one would almost expect that someone would come to the rescue in such situations. Therefore this debunks the myth that more guns in circulation promote greater public safety. The Wild West frontier days are over and perhaps it is time for the US to get over it and move on towards a more non-violent paradigm.

The radical Islam angle is also very clear. Muslim apologists may equate this shooting with many others and say that this guy was a nutcase and not a true Muslim. But you have to look beneath the surface. He was radicalised. Somewhere the extreme religious and conservative beliefs that were foisted upon him by his family shaped him and beliefs influenced his actions.

This is a major distinguishing feature of this atrocity. Muslim leadership across the world must unequivocally condemn this act and Muslim society would also do well to introspect and question why an overwhelmingly large majority of such acts worldwide are perpetuated by adherents of the faith. Simply repeating that “terror has no religion” will not convince anyone. Reform and moderation are essential if Muslims countries want to overcome the negative perceptions that have come to cloud how their citizens are perceived across the world.

The third aspect is homophobia. Despite the significant progress made in most of the advanced countries, there is still a lot of hostility towards gays.

Of course the issues faced in the West are quite different from the orthodox attitudes in South Asia when it comes to matters of romance and sexual relations. Let alone accept same sex relations, conservatives in South Asia even frown upon consensual romance between heterosexual couples. Witness the annual outcry against Valentine’s Day and other public displays of affection as being a gross violation of traditional propriety and modesty.

Someone commented that if a similar incident were to take place in India, the first reaction would be a call to ban nightclubs. Fortunately, the West is well past that point of idiocy in its evolution and they would be looking at more substantive and meaningful ways to resolve this latest challenge.

There are stories also emerging about how the shooter used to be a regular at the nightclub where he committed the atrocity and that he had a profile on a gay dating app.

It is therefore quite possible that he had homosexual tendencies which he ended up suppressing, in all likelihood because of his overbearing and orthodox father. This would have had a subtle, but significant impact in shaping events.

As Vicky Bebout, 68-year-old doyenne of the resort, as quoted by the Telegraph said,

“You know exactly how it went,” she said. “He was looking at those (gay dating) apps. His dad saw him. He said he hated it. He was about to get caught, and couldn’t cope.”

Conservatives across cultures and religions have a common thread of strong biases against homosexuality. Many gays struggle with coming out because of the related shame and prejudice in their communities. Parents play a key role in fostering a healthy sense of pride and belonging and treating their children with love, understanding, and acceptance to make their journey less traumatic.

Somewhere Omar Mateen was unable to accept his identity and this inner conflict is what would have driven an already fragile individual over the top. Who he was did not gel with what his immediate society wanted him to be. Individuals going through such struggle and self-loathing are easily exploited by fundamentalist organisations that channel this angst towards alignment with a larger cause, culminating in such senseless violence. Islamic fundamentalism gave Omar an easy outlet to channel his angst and a cover to mask his conflict.

Therefore there are lessons not just for the United States, but also for us in South Asia. Though society and circumstances are very different in this part of the world, we need to be thinking about how to prevent such outrages closer to home. Any form of extremism is dangerous and fostering a more liberal outlook, along with greater acceptance of differences is essential in preventing conditions that allow fragile psyches to fall prey to extreme ideologies.

For the US, the Orlando combustion is an outcome of the unholy intersection of two highly flammable ideologies, America’s obsession with guns and Islamic fundamentalism, which ended up combining with devastating results. Investigations have just started, so it is too early to determine whether he was a Jihadi or an angst driven misfit, but people in different camps seem to have already made up their minds. For the gun lobby in the US, his Muslim heritage and explicit allegiance to the IS, make it convenient to paint him as an Islamic radical.

Liberals, on the other hand, would attribute this to easy availability of guns and his personal angst arising out of homophobia in the community. This terrible tragedy has no doubt sharpened the political divide with everyone looking at it through their own prism.

This as a pivotal moment in US history and some things will have to change. Either gun laws will change or there might be more curbs on immigrants in general and Muslims in particular. The debates in the presidential election will get shriller and the combatants seem to be digging their heels deeper already.

The battle lines are drawn, and how it pans out will depend on which voices are the loudest.