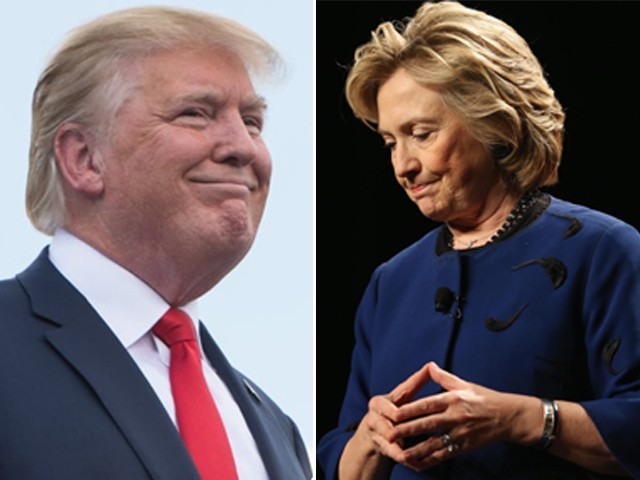 The Orlando massacre could be a game changer for the US presidential election.

As I got around to pen down my thoughts about Hillary Clinton’s nomination for this November’s election, I found myself conflicted, shrouded in profound sadness and agony. Just about a couple of days before, I was rejoicing Hillary’s victory in the primaries process.

More than anything else, what really got me excited was the Democrats coming together and pledging to work hand-in-hand to keep their sick-in-the-head opponent, Donald Trump, out of the White House.

As the news flashed on the screen about yet another ISIS-influenced man running rampage on an Orlando night club killing scores of innocent souls, I at once thought about Trump, the hate-mongering imbecile and the political mileage that he would gain out of this tragedy.

The realisation that while the rascal, Omar Mateen, committed a heinous crime, he’s left behind millions of Muslims to face the backlash and be potentially branded as terrorists for several generations to come – made my heart sink to the greatest of depths.

The Orlando massacre could be a game changer for the US presidential election. Trump who had been chastised by all and sundry for his outrageous statements against different minority groups stands vindicated today. His plan to stop Muslim immigration and tighten the noose around those who live and contribute positively to US economy may finally be taken seriously.

From this point on, the US presidential race will pretty much be about which candidate proposes tougher measures against ‘radical Islamists’ and who instills more fear in people’s hearts vis-à-vis threats from home-grown terrorists, undocumented aliens and the like.

While endorsements and support for Mrs Clinton poured in soon after her last week’s ‘Super Tuesday’ victories, Trump’s stock is bound to go up to never-seen-before heights. Already he’s being facilitated for the correctness of his ‘prophecies’. The Orlando event is a God given opportunity for Trump who had a couple of rough recent weeks to regain the lost ground.

It is hoped that amidst the heated up public sentiment, Democrats and Mrs Clinton will stay calm and negotiate this unprecedentedly stressful time diligently. They can set the tone for establishing a peaceful society based on dialogue and greater internal security checks to curb young men and women to be radicalised. In essence, a diametrically opposed message to Trump’s insanity may work in favour of the Democrats.

Mrs Clinton could be the best hope for Muslims of America. She and her husband have an impeccable record as far as treating minorities or their views about Islam or voicing their apprehensions about stereotyping Muslims are concerned. They are strongly opposed to preying on people’s fears and their message about the future of America is one that is based on integration and mutual respect.

The tenor of the presidential campaign over the next few days and weeks is not hard to predict. And while Hillary Clinton may find it tough to stay relevant in the face of Trump’s wizardry, his thumping tirades and verbal diarrhoea, her moderate stance on issues of prime importance to this nation may win the day eventually.

What is comforting to Trump-cynics like yours truly is the fact that not a whole lot of American population supports him. Even those who he claims support of – the poorly educated – are now feeling ridiculed. However, he will cash in on the Orlando shooting incident and it might win him some extra percentage points but it won’t take him very far.

In the meantime, Muslims will have to deal with extraordinary circumstances yet another time on account of an act of senselessness from one of their own. Granted that Muslim organisations all over US have condemned the Orlando carnage, nothing is enough to stop Trump and his followers to lead an effort to further butcher and maim the Muslim image.

What should be kept in mind though is that whereas there’s limit to genius, there’s no limit to stupidity. This can be judged by Mrs Clinton’s reaction to the Sunday shootings portraying a longer-term vision for working out matters strategically. Trump, on the other hand, continued to fan the flames of hatred.

Conventional wisdom and political correctness have been knocked out of the ballpark this election cycle. As the nation starts the healing process, we can sincerely hope that better sense prevails all over the landscape. The world needs a high dosage of peace especially the families who lost their loved ones due to Omar Mateen’s madness.

So, while we, as people, process the latest catastrophe, let’s pray that no one, including Trump, abuses this ‘opportunity’ to score political points. In fact, let’s turn this event into an opening to make peace matter and fight demagoguery, bigotry and debauchery for all times to come. And, let’s make sure that orange will never be the new black.