Did this Stanford student get away with rape because he is white and privileged? Yes! 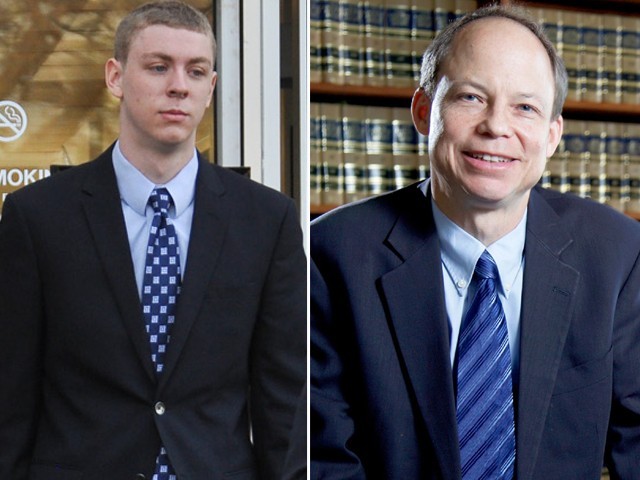 Judge Aaron Persky chose to cut the rightful sentencing of 14 years in prison down to only six months of probation.

This week, the verdict was announced in the rape case of the, now former, Stanford University champion swimmer Brock Allen Turner, 20, for the rape of an unconscious 23-year-old girl lying behind a dumpster at a college fraternity party back in 2015.

The sentencing leaves the public stunned at the obvious and blatant racial prejudice displayed by the judge. For despite having been convicted on three counts of sexual assault and a heart-wrenching 12 page letter read out by the victim herself in court, Judge Aaron Persky chose to cut the rightful sentencing of 14 years in prison down to only six months of probation. It should be mentioned here that Persky himself is a Stanford Alumnus.

“A prison sentence would have a severe impact on him. I think he will not be a danger to others.”

This was quite nonchalant; disregarding the enormous levels of emotional and psychological distress Turner’s behaviour has caused the victim. Additionally, Turner would not be spending these six months in actual prison but a jail and would likely be released after three months for good behaviour.

So what let Turner ‘get away with it’?

That’s easy; he is white and privileged.

On the other hand, here is what happened to an African American in exactly the same situation.

Cory Batey is a 19-year-old, African American star football player at Vanderbilt, who was found guilty of raping an unconscious woman back in 2013. Turner’s witnesses were the two students who found him. Batey’s crime was recorded by security cameras. Like Turner, Cory was charged with three counts of sexual assault. Despite the similarities, unlike Turner, Cory does not get to face six months of probation in a local jail but a mandatory minimum sentence of 15-25 years in prison. Batey’s and Turner’s crimes, ages, and athlete statuses are similar.

The only thing that differs in these two cases is skin colour and social status.

And obviously that is all that matters.

Batey also admitted his wrongdoing and apologised to his victim in court. Turner did no such thing. In fact, despite the testimony of the witnesses in his case, he denied he did anything wrong at all except indulge in a little underage drinking. His father also appealed to the judge asking for a lenient sentence. He stated that a harsher sentence would hurt his son’s status as a star swimmer, that he should not have to go to jail for ‘20 minutes of action’ and that his ‘life will never be the one that he dreamed about and worked so hard to achieve’. This was with reference to the fact that following the charge, Turner lost his swimming scholarship to Stanford and a possible chance of competing in the Olympics.

For Turner’s victim, his lenient sentencing was like adding insult to injury because she wasn’t even a student but was only visiting her sister and ended up taking a hard drink that affected her more than she realised, hence losing consciousness. The two witnesses found Turner atop her nearly unclothed body. They chased Turner and then held him until the police arrived. It was when she regained consciousness that she discovered the brutal physical and psychological violation she had suffered. In court, she read a moving 12 page graphic testimony of her account to the judge that obviously moved everyone else in the court except him. For he, nonetheless, passed a jaw-dropping, ridiculous sentence.

Although the boy’s affected scholarship at Stanford was considered a huge loss, the girl’s emotional and psychological trauma was brushed aside. She writes,

“My damage was internal, unseen, I carry it with me. You took away my worth, my privacy, my energy, my time, my safety, my intimacy, my confidence, my own voice, until today.

See one thing we have in common is that we were both unable to get up in the morning. I am no stranger to suffering. You made me a victim. In newspapers my name was ‘unconscious intoxicated woman’, ten syllables, and nothing more than that. For a while, I believed that that was all I was. I had to force myself to relearn my real name, my identity.”

The letter is there to read in its  entirety on the internet.

Cases like this prove that despite the overwhelming statistics of campus rapes in the US, the students of elite universities like Stanford enjoy great leeway of getting away even with serious transgressions as sexual assault. The victim also writes in her letter,

“The fact that Brock was an athlete at a private university should not be seen as an entitlement to leniency but as an opportunity to send a message that sexual assault is against the law regardless of social class.”

The Santa Clara district attorney called the sentencing unjust and that,

He also called Turner a ‘predatory offender’. As for the judge, an online petition has been started to oust him from office and so far it has collected over 600,000 signatures.

Indeed, it is for verdicts like these that rapes, especially campus rapes, go unpunished and are treated as a normal part of ‘campus culture’.