RuPaul’s Drag Race: Paving the way for the queens 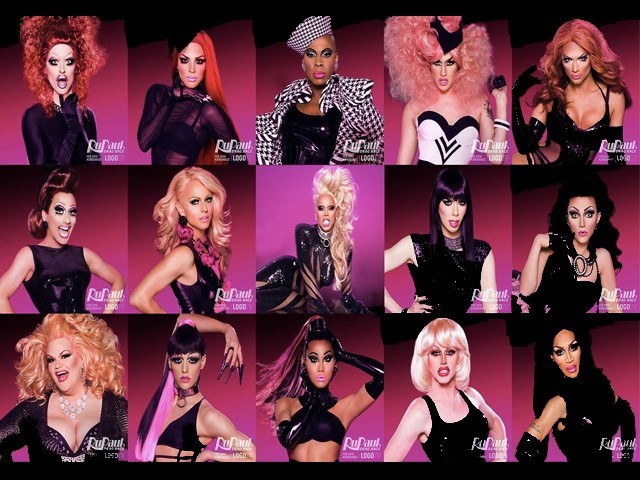 Post being on the show, the queens are often overwhelmed by the amount of popularity they manage to secure. Each contestant has upwards of 200,000 followers on Twitter, and is represented by a big-name entertainment agency, which books them for large scale events where fans seek their beauty, talent, and company. PHOTO: PINTEREST

While Alisha, a transgender woman, battled for her life in a hospital in Khyber-Pakhtunkhwa (K-P), two drag queens, a world away, were lip-synching for their lives on RuPaul’s Drag Race.

The show, which has now become a favourite amongst the masses, pits 12 drag queens against each other in a reality show format, where they must complete challenges in order to win a myriad of prizes which include: $100,000 in prize money, a one-year supply of Anastasia Beverly Hills cosmetics and the title of ‘America’s next drag superstar’. The television series offers obvious entertainment, a fact which is echoed in the number of tweets it manages to generate and the amount of slang it has coined; “shade”, “read”, “Shante you stay”, “Snatch her wig.”

The best part, however, is when the two least impressive contestants have to ‘lip synch for their lives’ and have a thoroughly entertaining dance off with each other, with the loser having to ‘sashay away’ from the stage and the competition.

However, it must not be forgotten that the show, while thoroughly entertaining, has its own cultural significance. It allows for people to put a face on those who belong to the transgender and drag community. Not only does this humanise these individuals, but it also allows for a genuine understanding of the adversity that they have to face throughout their lives, and the amount of sheer effort and bravery that they must display in order to be who they are. “At its core, this show is really about the tenacity of the human spirit,” says the stunning RuPaul who plays the roles of host, mentor, and source of inspiration for the series. “What people are really cheering for is that part of themselves that they may have never expressed or may have been ashamed of at one point. These kids and our cast members represent all these factions of living outside the box and I think that’s why people get so invested in the characters, because they represent every aspect of what it’s like to dance to the beat of your own drum.”

The show also sheds light on the problems that the members of this community face which allows for the contestants to receive an outpouring of love and support from those who watch the show. Heart-rendering stories such as being abandoned at the bus station at the age of three or being kicked out of their house when their parents did not accept them as they are, permit the fans to form a genuine emotional connection with the contestants, which only further de-stigmatises their profession. Post being on the show, the queens are often overwhelmed by the amount of popularity they manage to secure. Each contestant has around 200,000 followers on Twitter and is represented by a big-name entertainment agency, which books them for large scale events where fans seek their beauty, talent and company.

But for the contestants, the most rewarding aspect is when they are told that they gave someone the confidence to be who they are. Latrice Royale, a popular contestant, revealed that she received a letter from a woman who said that Latrice’s fiery personality gave her 10-year-old daughter the courage to ‘channel her inner Latrice’ and to stand up to her bullies.

RuPaul’s Drag Race is a show which has managed to strip these queens of the labels that society gives them, and has allowed them to fiercely march into a future where they are recognised for their craft, and accepted for their reality. Now if only someone from Pakistan could pave the way for our queens to do the same.

The author is a 21- year-old music, travel, literature, and tennis enthusiast. He tweets as @Agha0__0 (twitter.com/Agha0__0)