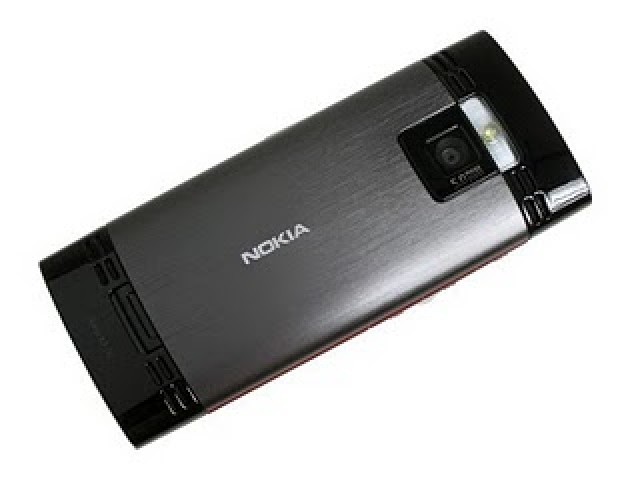 The new Nokia's 5.0 mega pixel camera is unimpressive, but the phone is a decent buy overall.

Choosing a new cell phone is a hard decision. The market seems to be flooded with all kinds of phones that claim to suit your needs. The perfect handset all depends on what you use your phone for.

There are users who only want to make and receive calls. Then there are smart phone users whose set can perform every possible task in the world. Or maybe you are looking for a decent medium-range phone which fulfills your needs and doesn’t leave your pocket empty.

If you happen to fall in the this category, then Nokia X2-00 may be your answer. For quite some time now, Nokia hasn’t really had a mid-range phone with a price tag that suits the mass market. But this has now changed.

At just a shade under Rs10,000, the Nokia X2-00 boasts features which are likely to surprise you for that price. Let’s review some of those.

The phone has a decent keypad, a handy D-pad for navigation, dedicated music keys on the left side and a volume rocker,a micro SD card slot and a camera button on the right. On top, you will find a standard 3.5mm stereo headphone jack along with the charger plug and micro USB port. The back cover of the phone is made of brushed aluminum with a Nokia logo embossed on it which looks really cool.

Let’s be honest. We are not expecting a super-amazing display for this price range. X2 has a decent display indoors but when exposed to sunlight, it really is sub-par. It has a 2.2-inch QVGA display with a decent contrast ratio.

The user interface of Nokia X2 is series 40 6th edition. Although it is pretty common these days, it fails to add something new to this handset. However, it is simple and easy to use. You can customise the home screen mode any way you want. Whether you want to have the shortcut bar switched on or off, depends entirely on your preference. It also has built-in themes – but of course you can download as many as you want. And there are plenty of them on the internet. But sadly, this phone lacks the capability to multi-task. For example, if you are running Opera Mini, you cannot read an SMS nor do any other task at the same time.

The media player is definitely part of the handset’s surprise package. The dedicated music keys on the left side of the phone are also quite handy. They can be used to switch the media player on or off in addition to changing tracks on-the-go. The sound quality of the media player is brilliant to say the least. Even at full volume, the sound doesn’t fail to impress you, thanks to its four-way stereo speakers at the back.

The dedicated music keys also work for FM radio which can be used without having the need to plug in the headset, unlike most other phones. The sound quality? Brilliant. The reception? Awesome. It works seamlessly without an external wire and has RDS support too. The two buttons on either side of the centre button act as a shortcut to change stations. You can add stations manually or have the phone search for available stations nearby.

The phone doesn’t ship with a micro SD card but you can buy one up to 16GB.

This is a short-lived surprise. When you look at the phone and see the 5.0 MP logo, you’ll say ‘Wow!’ But when you actually take a picture, it really disappoints you. The picture quality is average, certainly not the class of a 5 mega-pixel camera. It has fixed-focus along with an LED flash. Although the camera application has all the features you could possibly think of, it really becomes useless once you use the phone. The video camera is also average and fails to impress much.

Opera Mini is the best app available for this phone – unless you prefer the Facebook app. This phone has a new Opera version built-in which supports tabbed browsing and the ability to view your bookmarks in a convenient way. The browser renders the pages in a very efficient manner and there are hardly any hiccups. It displays websites correctly – as you’d imagine with Opera.

Then there’s the Facebook app. You can view yours or your friends’ profiles, update your status, view photos and much more. It even allows you to take a picture and upload it immediately. However, you cannot have view updates like new messages or status updates, mainly due to the phone’s inability to multi-task.

The phone also features the famous Nokia Ovi store through which you can download almost anything you like. Games, apps, ring tones, videos, wallpapers- whatever you need! You can even share your pictures, videos and audio files on the Ovi store.

The standard features of the phone like the phonebook, making a call, and sending or receiving text messages are very user-friendly. The phone also gives you the option of configuring your POP3 or HTML email account and to check your messages on the move.

Out of ten this phone deserves an eight, mainly due to its price and features. The only misses are the poor camera and video-recording facilities. But at this price, this shortcoming can be ignored.

A freelance journalist who is interested in sports and technology

iPod: The next generation