Nawaz Sharif underwent serious surgery: Should a deputy PM have been appointed? 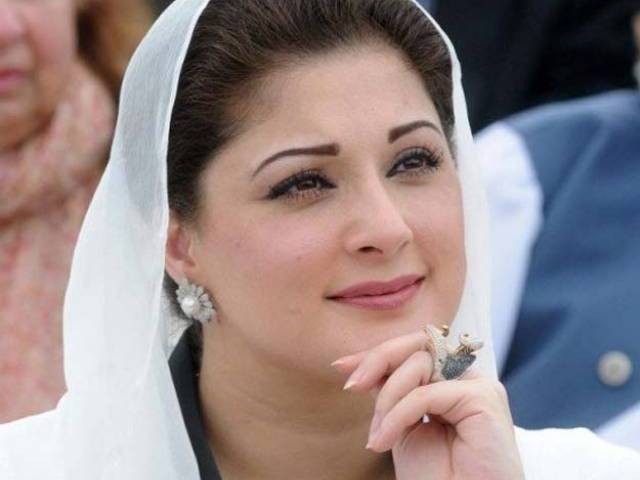 It’s certainly not okay for him to leave us having to turn to the regular citizen, slightly Twitter-obsessed Maryam Nawaz as his prime ministerial speakerphone. PHOTO: WASEEM NIAZ

Jumping where they saw opportunity, his political detractors, in a game of ‘I told you so’ accused the country’s leader for having fled for good until news surfaced, from within the PM’s family camp, that he had in fact gone for a necessary, emergency open heart surgery – a risky yet routine procedure and the PM’s second such surgery in recent years.

At 66 years of age, the prime minister of Pakistan certainly has his wits about him given how quick to the draw he is when it comes to addressing matters not only of national importance but his constant personal scandal. Nowadays, with life expectancies on the rise, a 66-year-old is not exactly a senior citizen.

But, with several heart-related procedures acquired over the years, PM Sharif is not exactly the most robust and sprightly of world leaders either.

His age, the risks associated with the type of the surgery he recently had, his confusing decision to leave Finance Minister Ishaq Dar very loosely in charge of day-to-day governmental operations, and, perhaps most controversially, his decision to leave his daughter Maryam – a regular citizen – as his voice for the nation, has the anti-Nawaz Sharif camp doing a mad dance all across the electronic and televised media circus.

I, for one, cannot fathom the humanity lacking in the souls of those who took the time out to curse the PM with ill health. Such instances tug strongly at the threadbare strings of my faith in humanity.

But while my politics absolutely do not align with the prime minister’s brand of politics, I did find myself glad to hear (from Maryam Nawaz’s very active Twitter) that our PM is on his way to a speedy recovery.

Alhamdolillah, PM's recovery on course. Was made to walk several times in the corridor during the day & up & down a flight of stairs twice.

By the Grace Of The Almighty, the Prime Minister has been shifted to his room today. He is Masha'Allah recovering speedily.

Surgery successful by The Grace Of Almighty. The Prime Minister is off the pump now. Will be shifted to ICU in the next 60 mins or so.

And, then it left me thinking: what if things had not gone so well? What then of Pakistan?

With modern day media churning news by the second, we’ve developed an eerie detachment from the people we read about constantly. Instead of seeing them as humans like us, we have begun seeing them as entities existing parallel to us but somehow nothing like us.

Following the PM’s rather abrupt departure to the UK, the commentary by politicians, pundits, and always easy-to-rile-up social media masses, was a gross example of how we consumers of modern media forget to treat the people the media covers as regular humans. The Prime Minister of Pakistan, like the rest of us is a human prone to eating, sleeping, getting ill, and, possibly – well, probably – dying in the process of living someday.

Today, the PM, while still overseas, is – thank God – fine. But what if he hadn’t been?

For a moment let’s reflect on the fact that Pakistan is a pressure cooker currently sitting doing a slow boil on top of a heated stove of many national emergencies.

The Americans continue to have to do our job of taking out Taliban leaders working comfortably on our soil because we keep forgetting to ask terrorist operatives to stop operating with impunity in our country. And, then there’s the question of our hurting socio-economics (load shedding, the constant saas-bahu passive back and forth with frenemy India, poor job prospects for our youth, sectarian strife, and a global oil economy that is descending into hell leaving Pakistanis feeling the pinch of petrodollars turning into petropennies).

The last thing Pakistan needs in a national emergency is to lose its leader resulting in political in-fighting over who should be the one to succeed him.

And, should we become leaderless that is exactly what would take place: political in-fighting. A lot of it.

It’s not enough for the PM to leave us with Ishaq Dar loosely in charge of what exactly no one is sure of. It’s certainly not okay for him to leave us having to turn to the regular citizen, slightly Twitter-obsessed Maryam Nawaz as his prime ministerial speakerphone. We voted him in. Not his kids speaking to us in 140 characters.

And while I hope we never have a day like the one I just described, it is pretty important for an already-dysfunctional state such as Pakistan to be able to pull itself together and respond quickly if succession did become an issue for us. And the only way for us to be able to do that is by putting into place a legal framework that calls for a formal, solid leadership structure in the event that the top tier of leadership is toppled.

Presently, Pakistan’s Constitution has no provisions for an acting prime minister to step in if the prime minister suffers from a medical condition. Until very recently, I had not been aware of this flaw in the Pakistani system.

Reports suggest that even within the Prime Minister’s own party, the question of succession is fuelling anxieties. The government did not give any details of the PM’s surgery instead leaving Maryam as the sole speaker to the issue, which she has done rather vigorously through social media. The PM himself has insisted on attempting to maintain a facade of control by insisting on presiding over meetings via Skype.

Yet, the reality is that the prime minister of Pakistan underwent a serious surgery, was put on a ventilator immediately after, and is still recovering thousands of miles outside of Pakistan. All of this is happening without anyone formally appointed to take care of a country of 182 million people.

Let us, for a moment, liken the structure of the government to a typical, for-profit corporate structure. In a corporation, daily operations are the task of a manager who is employee of the company like all other employees. The CEO remains the leader in charge of employees and the corporation itself. At no point does the manager get to become CEO for the day. Shareholders would have a heart attack over that.

Leaving Ishaq Dar informally and very loosely in charge of unspecified daily operations is akin to leaving a profit-making corporation leaderless. And that’s exactly what happened when the prime minister took off to London leaving us Pakistanis in a leaderless lurch.

Currently, along with being in a leaderless lurch, we are also stuck with a constitution that provides us with zero legal relief should things go south.

While the post of deputy PM exists in Pakistan, this post is largely symbolic and non-constitutional. Simply put, it’s a ceremonial position – one that comes without any specific authorities or even a job description. Even more simply put, I am pretty sure I could be ushered in fairly easily as a symbolic

Coming back to this symbolic deputy PM position, and to fully drive home the ridiculosity of this useless position, take Chaudhry Pervez Elahi as an example.

Back in the summer of 2012 Elahi was appointed as the first deputy PM of Pakistan. But the notification that followed his appointment stated that,

“Elahi will not possess the powers of the prime minister”.

Huh. What exactly was the purpose of this appointment, then?

Lines of prime ministerial and presidential succession are important because world leaders have since time immemorial been readily susceptible to unplanned for events, deaths, resignations, and even murders.

Back in 1865 in the US, John Wilkes Booth notoriously assassinated President Abraham Lincoln. At the same time Booth’s co-assassin wounded then Secretary of State William Seward. General Ulysses S Grant was supposed to be killed with Lincoln, but on that fateful evening he’d opted against going to the play where Lincoln was murdered. On that same night the man who was tasked with assassinating Vice President Andrew Johnson lost his nerve and spent the night drinking.

This multi-assassination plot was designed to take out the entire chain of US command. In other words, had this group of deranged killers been completely successful, they would’ve toppled an entire line of succession. And that’s why this example is a very necessary, very real reminder of how important it is for countries to be prepared for all sorts of national emergencies because stuff happens.

Unfortunately for Pakistan, apart from some general practices and procedures concerning succession in government, there is nothing substantial to guide us through a situation like that described.

And there should be.