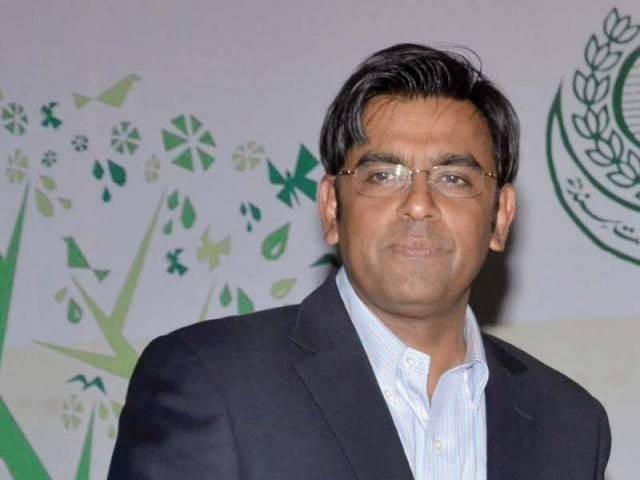 Being Karachi’s first Sindhi Commissioner, he was often erroneously referred to as a political appointee. PHOTO: FILE

Whenever there is honey, there will be bees and wherever there are bees, there should be a beehive nearby. In other words, be careful of honey or the bees will sting you, not to mention the odd bear or two lurking about.

Karachi is akin to the honey, which welcomes millions of people looking for work within its high rises but these people must survive amongst the bears (land mafia, political power mafias, death squads, extortionists and an endless list of the like). The number of bears Karachi attracts is roughly the same number which goes to the rivers to munch on free jumping salmon. The problem is that the bears don’t just want the honey, they want the beehive with it.

Political manipulation of bureaucracy has been Pakistan’s most persistent problem as far as one can remember. While the bureaucracy remains answerable to political leaders, their performance is highly compromised due to the plagued political environment. Karachi in particular has faced a major brunt of this political altercation and the city is overwhelmed with severe administrative shortfalls. Despite being Pakistan’s commercial hub and a major source of national revenue (the beehive providing the country with honey) Karachi presents a sorry picture.

The Economist Intelligence Unit (EIU) publishes a ranking of cities called the ‘Global Liveability Ranking’ based on their infrastructure networks, access to basic services and standards of living. According to EIU’s 2015 ranking, Karachi ranks 135 out of 140 cities, much below its counterparts in the region like Mumbai (115), Delhi (110) and Colombo (127).

From transport, water supply, drainage to solid waste management there is hardly any problem that Karachi residents do not face. While the residents continue to suffer the consequences of poor governance, the administrators of the city also face immense challenges in managing a city like Karachi. The city government with its many bosses has severe administrative constraints and limited resource capacity but these problems are further compounded by political exploitation. The officers find it hard to execute plans and take actions because of lingering political and powerful influences.

Karachi is a city with huge ethnic diversity and is also home to many large scale commercial entities. The corporate interests and the mafias continue to make efforts to maximise their benefits often at the expense of the comfort of its residents. The illegal hydrants, builders, beggar gangs, land-grabbers, slumlords and many others are openly operating in the city. The corporate entities also take advantage of the situation warranting restraint. From negotiating prices to licensing, the city administration has a mammoth task to achieve while operating in a highly antagonistic environment. The state’s role in this realm is to reign in the influence of such interest groups and maintain social and administrative order.

Unfortunately, the ‘State’ in Karachi’s case is afflicted with political elements, which tend to extract their own benefits in these situations. The administrative machinery ends up facing three choices in this situation; either to join in the plunder, to succumb to their illegal demands or to stand up for its citizens. Those who choose the last option often face retribution and find it impossible to work.

Thursday’s dismissal of commissioner Karachi, Asif Hyder Shah is a manifestation of this political manipulation. Being Karachi’s first Sindhi Commissioner, he was often erroneously referred to as a political appointee. The fact however remains that his performance as Commissioner Hyderabad had made him the most suited candidate for the job, even when this appointment irked the Muttahida Quami Movement (MQM) and some Pakistan People’s Party (PPP) leaders. Despite this constraining environment, Shah endeavoured to improve the conditions of the city.

In the brief span of five months, he developed a comprehensive long-term growth strategy for the city with the World Bank. This strategy included action plans to revamp the water supply, sanitation, solid waste management, transportation and low-income housing in the city. He also initiated a very effective heat wave management plan that had claimed the lives of hundreds of citizens last year. He also ran an impressive polio campaign by instituting a task force from the commissioner’s office for this purpose. He collaborated with the British Council and Saylani Welfare for rehabilitation and vocational training of beggars in the city earning the confidence of the Sindh governor and even the chief minister, both of whom praised his performance.

It was in this path to prosperity, that Shah managed to vex several interest groups. His campaign against the illegal hoardings in the city, ban on illegal transfer of plot registrations due to fraudulent entries and crack down on the hydrants mafia caused him some trouble. However, what led to his sudden dismissal (as rumours would have it) was a contention between him and the local government minister Jam Khan Shoro over the recently announced Rs1.977 billion special development package for the city. It is said that Shah stood against the diversion of these funds to rural schemes and was therefore summarily dismissed.

Oh Karachi, when will you govern for yourself? Can we please live in peace and not in pieces?

When will the province realise that the best way to ensure that they receive a share of the honey is to wait patiently while the hive regenerates itself rather than burn it down to squeeze every last drop? I hate the Commissioner system personally but when someone has the ability and the will to work, they should be allowed to do so. The sad fact will always remain that Karachi is a city claimed by all but owned by no one.

(Many thanks to my friend Sumrin who brought this to my attention and made this blog happen).