US airports: (Not) a humiliating experience 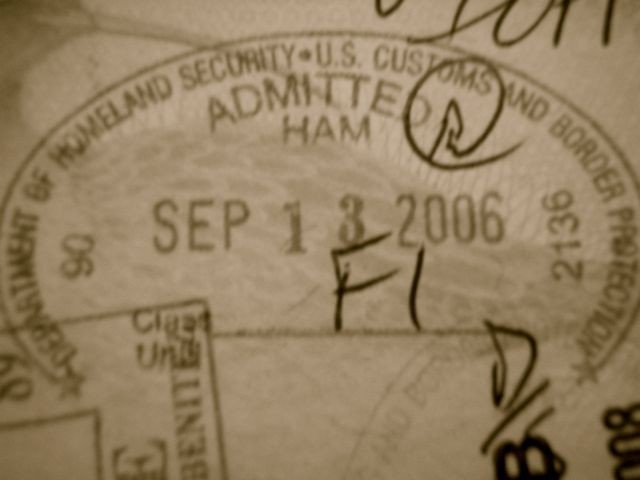 Total time it took me to get through immigration at a US airport: 40 minutes

Earlier this year, Javed Chaudhry wrote a column titled “A humiliating experience” for The Express Tribune. He details a bad experience at the hands of immigration officials upon arrival at a US airport.

Unlike Chaudhry, my recent experiences of applying for visas and then traveling to North America as a Pakistani on a Pakistani passport was extremely pleasant. I applied for a visit visa to the US from the UAE. At the interview, the officer looked intimidating. However, his tone of questioning was very humble. The officer kept addressing my wife and I using the terms “ma’am” or “sir” respectively. The questions were only related to my plans during my visit and line of work.

I was out of the consulate by 9:15am. At the end I was given a reference number to check after 10 days. When I called, I was informed that my application had been accepted and that stamps were now required on the passports. My family’s passports arrived within two days of submission. Upon a closer look at my visa, I could see the approval date as one day after my interview. I experienced a similar but longer application, interview and stamping process followed to obtain a Canadian visa.

The arrival in Toronto was very simple with no questions asked by any immigration officer. “It can’t be this easy,” I thought to myself. “There is probably another immigration step.”

After spending a week in Canada’s largest city, it was time to see how humiliating my experience could be. I started my journey to the US.

After reading Mr Chaudhry’s column, I was fearing the worst regarding questioning at “Immigration and Customs” at the Toronto airport. Of course, being a Pakistani and living in an Arab country with a few visa stamps in Arabic on my passport, I had good reason to be afraid. My wife and kid were cleared and allowed entry while I was asked to stay back. An expressionless officer performed a secondary check. I was asked to be seated. The immigration officer had asked a few general questions along with what I was going to do during my stay in the US with a special emphasis on my return date.

I was asked to fill another form and after some more index finger scans, I was allowed admission to the US.

The officer’s last advice was to register at the time of departure from the US so that the process may be even easier in the future. Throughout the process my wife and I were referred to as “ma’am” and “Mr Siddiqui” respectively.

Throughout my experience of dealing with US authorities for visa and immigration purposes, I appreciated the rationale behind the approximate time suggested and the need to follow the rules. For the visa application, I expected to spend around four and a half hours at the consulate- I was through within two hours. For my flight I gave myself two and a half hours for the immigration and check-in but I was through within half the time. On both occasions, the US authorities exceeded my expectations.

Why are we all US bashing?

The fairly tight immigration rules and border control have for sure given the US a bad name- especially amongst Pakistanis and other Muslim countries. But one needs to appreciate that since 9/11, there has not been one major act of terror on US soil. All this strict and stringent security has so far delivered on what it was set up for: ensuring homeland security.

I also learned that providing the needed documentation, being polite and answering questions go a long way to ensure a smooth and relatively speedy process.

As far as US bashing is concerned, it will not help anyone. We as Pakistanis need to realise that the US is an important player in the global scheme of things. If the US is dependent on Pakistan in pursuing its war on terror, then Pakistan is also dependent on US in a number of areas like trade, aid and investment.

I can only hope that the war on terror concludes soon after achieving its objectives, which are a necessity more for Pakistan’s prosperity and survival than the United States’.

Team Green: Wish you all the best!

I watched Pakistan scare the Kangaroos