Women only watch football to check men out, yup, the secret is out! 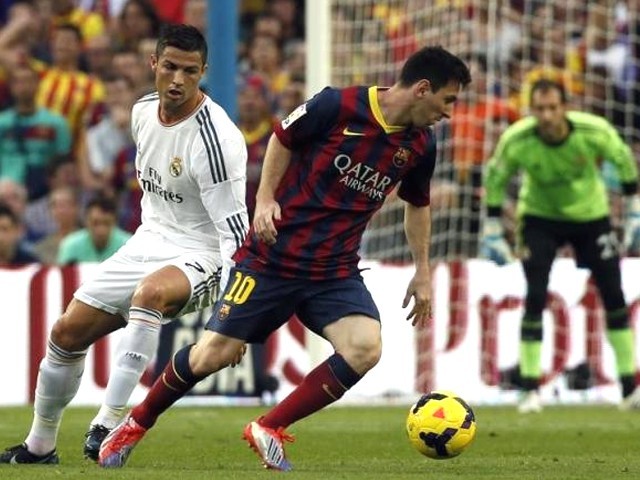 Another fatwa about women has emerged from the glorious Kingdom of Saudi Arabia, a fatwa that declares the innocent enjoyment of a football match to be haram for women. After all, with the infamous wife-beating bill courtesy of the Council of Islamic Ideology (CII), Pakistan, KSA could hardly stand to be left behind. Of course they’ve graduated from wife-beating to wife-eating so now it’s on to figuratively invading the privacy of people’s homes and telling them what to watch on TV.

Of course, it’s not okay for the civil society or legal bodies to figuratively invade homes, or work-places, or hospitals, or schools, or the streets by attempting to introduce laws against harassment, abuse and what-not but that is not the point of this article.

The point of this article is to bring you the low down about why women do things. You see, we’re so deviously complicated that one can never take our actions at face value. We don’t do things like watching a football match because we happen to enjoy sports (the rules of football are far too complicated for us anyway).

No sir, there is always a more sinister (not to mention completely and totally haram) reason.

For example, women only watch television to stare at men (though that’s been pretty well established by the aforementioned fatwa).

Why do you think Humsafar was so popular?

Men, on the other hand, only watch TV for serious, life-altering reasons like the fate of the whole of Westeros (go team whoever-makes-Margaret-or-margerine (or whatever)-do-the-walk-of-atonement! Woo-hoo).

This explains why women’s sports are so unpopular.

Women love to shop because it gives them multiple opportunities to stare at and be stared at (or groped) by men and everyone knows that men hate shopping because they don’t care about such things. Women only study and get top marks nearly everywhere to secure admissions into co-ed universities so they can continue to stare and be stared at on a daily basis while trying to concentrate on, say, Fawad Khan. I know because I took a gender studies class and our final project was to make a video comparing various Pakistani actors and models on the basis of how hot they are*.

Men, on the other hand, only study for the sake of true enlightenment and a progressive society. That’s how we became an atomic power, people.

Women insist on having kids because it gives them the opportunity for more time in the public male gaze, hell, even hospital visits for serious medical issues are all for laughs. So, we’re really only pretending that we’re ‘driving the kids to school’ or ‘working to support our families’. That’s why there are so many women in various medical professions. Really, it’s all about the eye-candy.

Cooking, you ask? A certain fatwa about vegetables will tell you all you need to know about why women are in the kitchen all the time. Also, all that time women spend on the phone? Yep, it’s to discuss and catalogue all the men we’ve come across on a particular day by age, height, weight and facial hair. We cannot even begin to explain to you the depths of our obsession with the opposite sex.

We make fake Facebook accounts, try to ‘fraandship’ boys younger than us. We doctor photos for blackmail and coercion**.We hang out on pedestrian bridges, in-front of colleges and universities on our motorcycles (letting us get licences was a bad move by the way), we catcall, we stalk, we sometimes follow men home. We can also get violent, burning faces off with acid and cutting noses and ears.

Gentlemen, we, the women of the world, have problems.

No wait, we are the problem.

After all, Pakistan is blessed with great natural beauty. I’m not talking about the mountains, I’m asking you to spare a moment to check out the doodh-wala (milk man) (you probably already do, you sly vixen) and you’ll see exactly what I mean.

So, keep it up with the fatwas. Those are the only things standing between the world and total annihilation.

*It was really a compilation of an entire month’s worth of news-stories on gender-based abuse with special emphasis on follow-ups. There are never any follow-ups. The experience was traumatic, to say the least.

**This actually happened to multiple classmates. A random stranger doctored their Facebook profile pictures and attempted to blackmail them. People have a lot of time on their hands so I recommend everyone religiously review the privacy settings on each individual photo that they post online.