Why are arms and ammunitions so easily available in Pakistan? 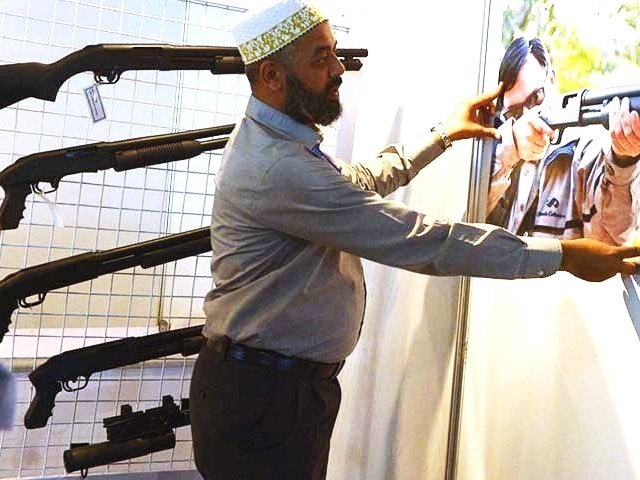 Acquisition of arms and ammunition in Pakistan has never been a problem for applicants who know the various back door options available in the market. PHOTO: AFP

Acquisition of arms and ammunition in Pakistan has never been a problem for applicants who know the various back door options available in the market. Unless there is a blanket ban on issuance of new arms licenses, a common citizen bearing a computerised national identity card, can get more than one arm license issued under his/her name of various non-prohibited or prohibited calibers  if he/she has a direct connection in the federal interior ministry.

Background interviews with some prominent arms dealers in Karachi has brought to lime light a trend that is known to only those who have been through this entire process. For a common man on the street without any prior knowledge of the weapons acquisition process, following is the procedure.

Previously an applicant had to collect a printed application from the ministry of interior of the respective province, fill in the particulars, get verifications from immediate neighbours, get a clearance letter from the concerned police station and then wait for more than a couple of months to receive acceptance after which he/she could buy a non-prohibited weapon of choice.

This was a time consuming process which involved a lot of bribery and connections to get the work done. Because of the complexity of the entire process, many people, in order to save time, acquired the services of agents and vendors who had access to fake stamps and corrupt officers in the ministry of interior who used to get fake licenses issued even when there was a complete ban on the issuance of new licenses.

Such licenses could not be verified from the database managed by the ministry and whenever there was a verification drive by the government, such licenses used to get revoked. The current process of acquiring an arms license is more effective, smart and is without much hassle. One needs to visit the offices of the provincial interior secretary and get the entire process done without the need to get clearance from the concerned police stations.

The new licenses bear resemblance with the Pakistani passports and require an applicant to go through a process similar to that of NADRA. The chief minister has 100 licenses on his quota per month so as per law, the CM endorses this process (which is merely for the sake of understanding the entire process).

There is also a parallel system in place where arms licenses from other provinces can be converted to the concerned province by paying a fee and getting the document endorsed by the concerned officer in the provincial ministry of interior. This is precisely where majority of the licenses go unaccounted for. An applicant sitting in Karachi can very conveniently get a license issued by the government of Balochistan and get it transferred to Sindh.

This process is often full of question marks and involves a lot of bribery and fake endorsements. Back dated licenses are also made through this process, and as per my knowledge, this is that grey area where the government needs to focus in order to crack down on the system of fake arms license issuance.

A citizen could get a prohibited caliber license issued on his name before 1995. All back dated licenses being issued these days therefore have the issuance years mentioned prior to 1995 and this entire practice is done with the help of people sitting in the ministry of interior.

How can this system be improved?

A blanket ban should be enforced on the issuance of high caliber weapons, including AK-47s, 222 rifles, G-3s, M4 carbines, M16s etc. As per the current law, such calibers can only be acquired if one has a connection with the federal ministry of interior and only the federal minister of interior has the authority to issue such permits/licenses. This practice needs to be stopped.

The system of chief minister’s quota, MNA’s quota etc. must be replaced with issuance of arms license for non-prohibited calibers; 9mm, 12 bore, .22, .45, .44 etc. to anyone with a valid CNIC, has no criminal record and has no association with any political or religious group.

There should be a check on issuance of ammunition. As per law, there is a specific limit which each license carries and that has to be followed when purchasing bullets. Alarmingly such is not the practice and boxes of bullets are issued by vendors without registering the serial numbers of the bullets (which could help in forensics if a weapon is used in a crime).

Arms dealers must be obligated to share customer database with ministry of interior to keep all license holders under watch.