Since when does my fasting or not fasting jeopardise someone else’s imaan? 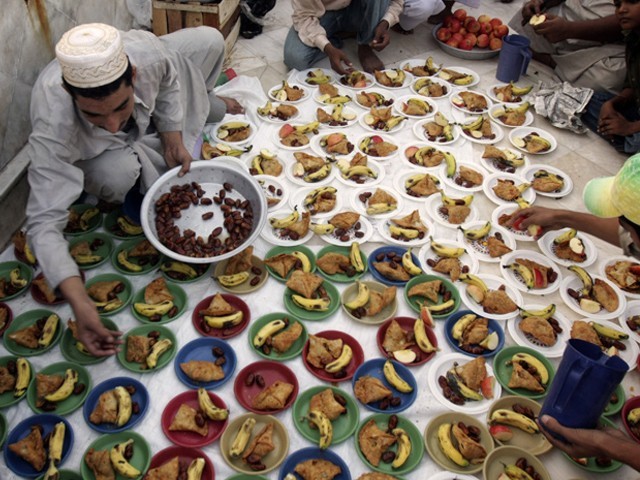 Those not fasting should not be seen as potential preys to hound, victimise, judge and humiliate. PHOTO: GOOGLE

My grandmother used to call it Ramazan Shareef. There was no discussion, debate or argument over its pronunciation. The month would come in its usual cycle without much fuss or ado. Television channels wouldn’t go bonkers except for some increased airtime for naats and religious discussions that were never heavily advertised. People wouldn’t wear cloaks all across.

If someone in the house didn’t fast, others wouldn’t raise their eyebrows. The non-fasting family members would comfortably go on with usual daily meals without being given guilt trips.

There were simpler, not-so-extravagant iftar dinners where family members would get together without any pressure on anyone to pray in the neighbourhood mosque or have a congregation at home. Some would essentially get up to pray and others chose to skip without any questions asked. Meals were simpler and the trend of five-star iftars and sehris was non-existent.

There was no concept of ‘dars’ in every second street of the neighbourhood where men in jubba o dastar or women in niqaab would hold the fort issuing decrees and giving a roadmap to becoming a ‘good Muslim’ according to their specific versions of Islam.

Taraweehs were not made mandatory as mosques and only mosques would have them without fanfare. There was no three-day, 10-day, 15-day taraweeh at every other large mansion acquired by unknown (many times dubious) means. There were roza kushais for children fasting for the first time. These were simple ceremonies and, whether it was roza kushai or just an iftaar party, it was considered okay for men and women to sit together. I never heard the term “mixed gathering” while growing up. Love, respect for each other and compassion ruled. Religiosity took a backseat.

Those were simpler, calmer days. I don’t remember anyone asking me if I was praying or fasting. No one was bothered. If I wanted to, I did. When I didn’t feel up to it, I wouldn’t. No guilt, no shame, no remorse, no questioning. I never felt odd eating food during Ramazan as it never occurred to me that I’d be judged for it. Now I have to hide myself from the questioning eyes that are always asking that dreading question: Are you fasting? What if I am and what if I am not? Why would it matter to anyone else? Why would my eating or drinking jeopardise someone’s imaan for which I must be reprimanded and punished? My life choices are my own and I reserve the right to make my choices and live the way I choose to.

Sadly speaking, it is a changed story now. The sacred month has become exceedingly commercial. All religiosity associated with it looks pretentious to say the least. There is no soul and no spirit. Only the form is left and that too is becoming disfigured by the day. Ramazan, as I grew up observing all around, has gone into oblivion.

To fast or not to fast is essentially a matter of personal choice and should remain so. The month with all its reverence deserves enough respect to be kept away from corporatisation and commercialisation. Those not fasting should not be seen as potential preys to hound, victimise, judge and humiliate. It is yet another month and if anyone feels the need to increase his/her prayers, they should do it quietly without broadcasting and spending all available resources in preaching or forcing religion. Others may have their own priorities, own stories and own challenges.

Let the spirit of insaaniyat (humanity) and Ramazan Shareef return. Let’s vow to not become a nuisance to others for one full month.

The author lives and works in Toronto. He is a business graduate and a music enthusiast. He is also the founder of Sur Sangum, a forum that brings artists and enthusiasts on one platform .He tweets as @jwzubery (twitter.com/jwzubery)