Dear PEMRA, why can’t we talk about sex? 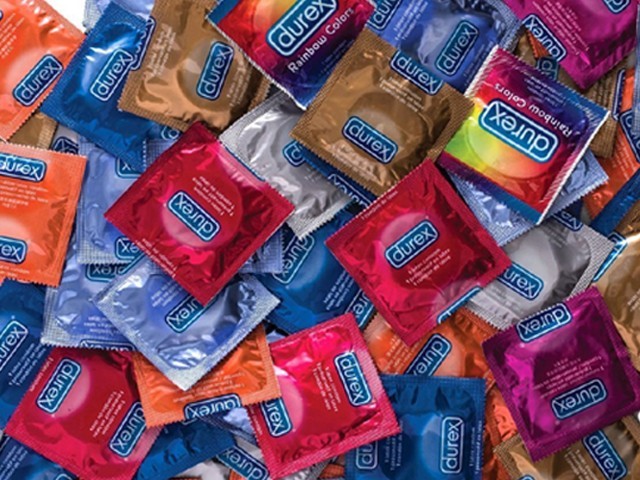 Apparently, our people feel ashamed when there is a condom ad on TV, but they don’t feel so ashamed about women dying giving birth. PHOTO: AMAZON

As of 2015, Pakistan’s estimated population was frighteningly over 190 million. We are growing so fast that the United Nations estimates we will hit 300 million by 2050.

Now, I am sure some of you read this and thought, “Masha’Allah.”

But the Pakistan Council of Research in Water Resources (PCRWR) warns that we will start running into water scarcity by 2025. Yes, we are already overpopulated, and our resources can’t sustain our growth.

In essence we are a giant growing elephant riding a tiny single-wheel cycle.

And this unicycle is going to fall, except we are told by our easily offended right-wingers that the growth is good for us.

Well, it isn’t. We aren’t taking care of what we already have, yet we are encouraging our impoverished masses to reproduce.

Recently, the Pakistan Electronic Media Regulatory Authority (PEMRA) decided that contraceptive products should be banned from being advertised. After coming to their senses, they decided to amend the proposal. The new ruling says that TV and radio channels can air ads for contraceptive products, but only after 11 pm.

The greatest irony in Pakistan is that those most opposed to contraceptive ads being shown on TV are the ones who should be employing birth control most regularly.

Look, we all know how Pakistan got this way. Our people are having sex, and a lot of it. It’s not like a family sees a condom ad on TV and collectively gasps,

“What is this? What the hell is sex? I forgot that’s how we created our children.”

The only way to combat this issue is to educate Pakistanis on the subject. Running family planning and birth control ads creates awareness and is an important tool.

Instead of feeding, educating, and nurturing the children we already have, by putting restrictions on contraceptive ads, we are only adding to this country’s woes.

Let’s also please spare a thought for the mothers.

For a woman, it is a difficult journey to give birth to and raise a child.

I have learned from various homemakers who employ women from impoverished backgrounds that they, under pressure from husbands, families, or society, continue to get pregnant. While some resort to using birth control in secrecy, others give in. One such lady was our own maid, who had been warned against getting pregnant again. After her unemployed former convict of a husband and his family threatened her, she agreed to try for another baby. Sadly, she died giving birth, leaving the kids she already had motherless.

It was estimated in 2012 that Pakistan had the highest maternal mortality rate in South East Asia and one of the highest in the world. UNICEF using data from 2010, states that the lifetime risk of maternal death in Pakistan is one out of 110.

While it’s our women who suffer from being turned into baby making machines, it is our men who pressure them. Apparently, our people feel ashamed when there is a condom ad on TV, but they don’t feel so ashamed about women dying giving birth, or about kids living without enough to eat, without a place to earn a quality education, without a roof to shelter them from life.

On a side note, the Turkish President Recep Tayyip Erdogan urged Muslim families to reject contraception. This is a man who says women shouldn’t be treated equally to men and must have at least three children.

“We will multiply our descendants,” he said.

I am glad President Erdogan has shared his thoughts, but I have some questions for him:

1. Will you give birth to these children yourself?

2. Are you willing to pay for the education, food, and living expenses of every child whose parents were encouraged by your words?

3. Are you willing to mother those children whose mothers died giving birth to them?

Why is it that the Muslim world can’t focus on quality over quantity, I wonder.