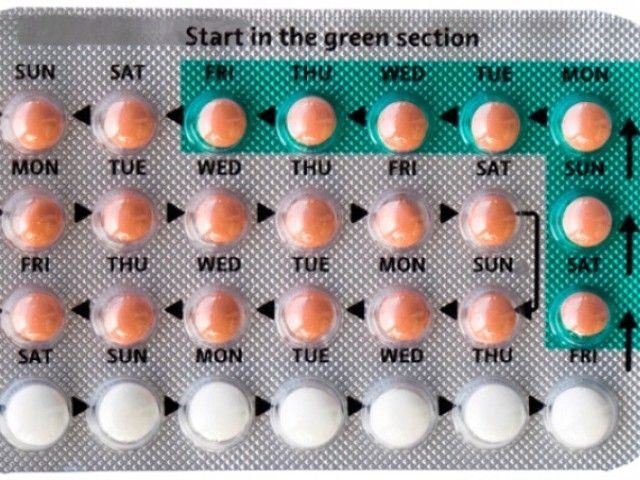 It was a few years ago when a 40/41-year-old mother of five children (her eldest in his late teens) came to me asking for contraception. After we discussed the pros and cons of the various contraceptives available, she decided to pick a pill that was appropriate for her age.

Half an hour later, her husband, a man in his early 60s, stormed into my clinic, flashed me the same medication in his hand and asked,

“This is a medication for women,” I said.

“Is this a contraceptive?”

He threw it in the dustbin and warned me that if I ever dared to prescribe his wife a contraceptive again, he would file a complaint against me. He stormed out of the room and banged the door shut. I was later informed that he pulled his wife by her headscarf and dragged her all the way back to the car.

A year and a half later, that same woman had another baby.

At the age of 67, just three years after this child was born, the husband suddenly died of a brain haemorrhage. The lady was left with six children, two of which were not even in their teens. She was also the second of the three wives the man had taken – and left behind.

She continued to see me over the years after that first encounter, right up until I left the job. I can vouch for how much misery this woman went through; a 40-something-year-old widow raising children on a 1500 Saudi Riyals stipend.

This is only one of the many stories I have personally encountered.

Being in such close proximity to so many distressing stories of unplanned pregnancies, when I came across the CII’s proposed women’s protection bill, particularly this clause, I was overcome with unshakable rage and disgust for those who are supposedly protecting our kind.

“A woman cannot use contraception without the husband’s permission.”

I wish men could get pregnant and be forced to raise children the way mothers do to realise what a travesty of injustice this clause by CII, Pakistan really is. It should be the other way around; men should take permission from their women before even considering not using contraception.

What completely evades my understanding is why men think they can dictate whether contraception is required when it is the woman who bears the burden of unplanned pregnancies. Unlike Catholicism, our religion is accepting of seeking such preventative methods. If Allah (SWT), the all-seeing and all knowing allows it, then He has granted such rights to women for a reason – knowing they are the ones who bear the children in their wombs and raise them. Making husbands become the contraceptive police is unjustified and is substantiated no-where in the Quran or by any Hadith.

This is simply a patriarchal attempt by opportunistic men to control women.

Having worked in a conservative community in Makkah, Saudi Arabia as ObGyn/in the field of family medicine for 14 years, I can tell you that I have seen this happen one too many times amongst our people.

It is easy for men to stand firm against contraception. But do they stand just as firm with their wives to raise a child conceived from that decision? Do they stand firm in carrying out the responsibilities that emerge from that particular choice?

No, they do not. They leave it to their wives to deal with.

A family should be planned with a conscious and practical head above the shoulders. When something is in your control, you cannot impose patriarchal notions upon your wives and accept the repercussions of an impractical choice as fate or Gods decision. Neither should you shrug it off as a woman’s responsibility. The decision to conceive, and how many at that, is a joint concern. Not only does one need to take into consideration the husband or wife’s capabilities, but you really need to think of the child.

Ask yourselves, can you provide the child with everything s/he could ask for? Can you provide him/her a life with no shortcomings or obstacles? Can you promise to protect him/her from any harm that could possibly come his/her way? Can you vow to make sure your child’s happiness is your utmost priority?

If your answer to all the aforementioned questions is yes, then go right ahead. Tell your wife you don’t need to use protection because, if she conceives, you are willing to provide her and her child with a life that they won’t regret. If not, stop trying to play God in your wife’s life.