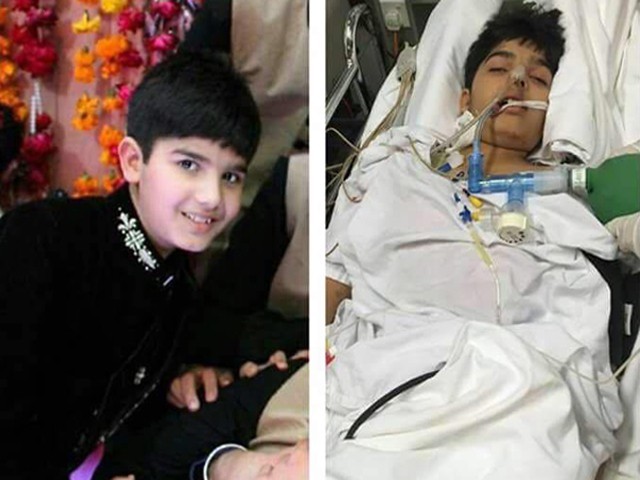 Inder would have turned 11 this year

April 13th was the perfect day for 10-year-old Inder Vineet to go for a swim. His father had finally become a member of the Hyderabad Club, only after Inder had begged him a million times to do so.

He had, at last, gotten his wish – one that he had waited for a long while. He could learn how to swim now.

On Wednesday, Inder left home around 3:45pm for his third swimming lesson. When Inder arrived at the club he was told to leave, perhaps, the pool was closed. But when Inder was heading back, he was called back by two men, presumably lifeguards.

At 4:30pm that day, Mr Chatandas, Inder’s father, received a phone call every parent dreads. He was told that his only son was found in the swimming pool, having drowned, and had been taken to Ghani Hospital, Hyderabad.

Inder was in critical condition and was not responding to any treatment. The Agha Khan Hospital, Karachi, refused to take this case as they believed the child would not survive. The young boy was then admitted to Liaquat Medical Hospital in Karachi where he struggled between life and death for a week before he passed away.

Young Inder, a student of grade six in Army Public School, Hyderabad, breathed his last breath on April 21st. The club management termed it as death by drowning. Inder would have turned 11 on June 5th.

Within 24 hours of the incident, Mr Chatandas had contacted the club administration to provide him with the CCTV footage of the tragic incident. The footage he was shown revealed the young boy being taken out of the pool.

When Inder’s family demanded the entire day’s footage from the club administrator, Mushtaq, they were conveniently told that the footage had been deleted and the management did not keep a back up. They even refused to return the innocent child’s swimming costume.

What was the administration trying to hide?

If the boy had passed away because of drowning, why was the management being so unhelpful? Did something else happen or was this an attempt to protect the club’s image?

Doctors had pointed out that young Inder had abrasion marks on his neck, nail marks and scratches on his face with bruises on his arms, and these were inconsistent with the presumed cause of death. The doctors had hinted that this may have been a case of child abuse. A radiology report by Agha Khan Hospital, Karachi, clearly indicated that there was no water found in the child’s lungs, therefore suggesting that the cause of death was not drowning.

Unsurprisingly, when Mr Chatandas and his family turned to the local authorities for justice, they turned a blind eye to the incident. Inder’s family was then forced to hold protests in Karachi and Hyderabad to gather support for justice for their son. The protest held by Inder’s family and friends

The protests caught the IG Sindh’s attention and further investigations were held. The police arrested Nadir and Sajid, the lifeguards, along with Mushtaq, the administrator and another staff member. The latter two were granted bail.

Since then, the investigation has come to a dead end and no progress has been made. Even today, when over a month has passed, Inder’s parents and relatives continue to seek justice for their dead son.

Hyderabad Club is a place where countless children, around Inder’s age (or younger), are found taking part in various sporting activities. What happened to Inder could have happened to any other child and no family should go through the grief of losing their child to such an act of violence.

The club management failed to cooperate with the grieving family and instead held a function on that same gruesome night. When I first heard about this nefarious act, I was in shock because my own siblings go to that very same club and I felt compelled to inquire, as an elder brother and fellow Pakistani.

Why are Inder and his family not getting the attention they deserve?

Why have the authorities overlooked this incident?

Why is it that whenever a non-Muslim is violated, their family has to resort to holding protests in order to get justice?

I know this question is frowned upon, but I want to ask anyway – would this tragic occurrence still be neglected, had Inder been a Muslim?

Having said that, would his parents’ questions remain unanswered?

I think we would have been all ears in that case. A collection of some of Inder’s photos

Inder’s family has gone through a lot over the past month. Losing a young son, listening to cooked up stories about their son’s death, not receiving cooperation from the club, being ignored by the local authorities and being forced to protest on the streets in order to get justice.

Mr Chatandas and his family have been knocking on countless doors for justice, hoping that someone will empathise with their painful experience.

This is why I appeal to you, the readers.

All of us send our children and younger siblings to clubs, many a times unaccompanied, simply because we trust that the club is a secure place for them. You probably go to clubs yourself – some to workout, some to swim, some to play a sport and some just for breakfast, lunch or dinner. Imagine losing sight of the youngest member of your party and discovering his/her dead body an hour later. Would you not ask for answers? Would you not hold the club accountable? Would you not demand an investigation? I know many who would break the club down brick by brick to find out what happened to their loved one. Then why are we not supporting the plight of this young family?

And he may have had to endure things no adult would ever want to think about. This child is not just Mr Chatandas’ child. Inder is your child and my younger brother, and I demand justice. Whether that means ripping apart that club to find out why this young soul’s bright fire was snubbed out so viciously. I want those men to be put through the same evil acts they put Inder through. I want justice. And as a Pakistani citizen who cares about his/her children, you should too.