Why are Pakistani authorities silent over Mullah Mansoor’s death? 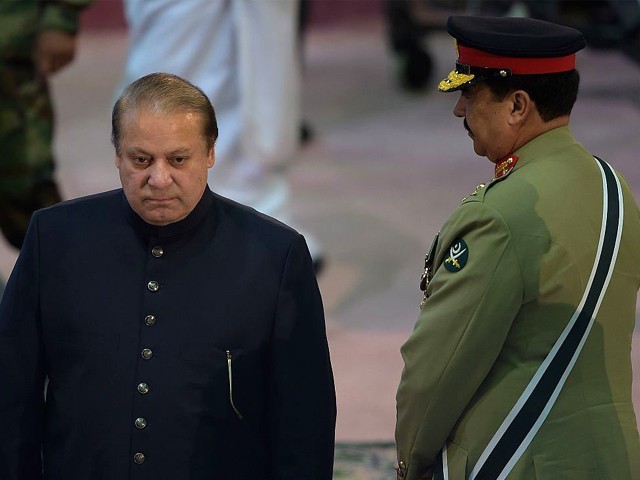 The second amir of the Taliban, Mullah Mansoor, has been dispatched to the hereafter by a hellfire missile fired from a Reaper drone or so claim the Americans. Others can neither confirm nor deny. Our own government is going through the same old motions. Denial.

Conveniently a passport has been found unscathed. It is amazing how sturdy and fantastically fire-proof the material Pakistani passports are made of. If nothing else, this shows true ingenuity. Our passport might be considered the second or third worst passport in the world, but at least it can survive a drone attack. Imagine the potential. Surely the world must be lining up to get us to share this invincible lamination technology.

The issue before us is that the feared leader of the Taliban, a madrassah educated “military genius” who bettered the Afghan forces as Kunduz (without any outside help if our people in high places are to be believed though I do not believe them) has, according to Barack Obama, been squatted like a fly well inside Pakistani territory.

As a Pakistani, I am flabbergasted. There are just too many questions that need to be answered here. Why are the Afghan Taliban still operating from our lands? Why did Mullah Omar die in a hospital in Karachi? What is our position vis-a-vis the Afghan government in Kabul? Are the Afghan Taliban our allies or our foes? Who decides who our allies and foes are in a conflict?

These were pertinent questions even before Mullah Mansoor’s demise. After all if we recognise, as we are bound by international law to recognise, the Afghan government as a legitimate government, we cannot morally or legally support an insurgency on its soil against it. The usual response is that Afghan government also supports the Tehreek-e-Taliban Pakistan (TTP). That is true but that is not enough of an excuse to justify our actions.

Truth be told, the Afghan government, unable to reconcile itself with the international border, has tried to destabilise Pakistan’s frontier since 1947, starting with their backing of the Faqir of Ipi, but their efforts did not bear fruit until we created a fertile ground for them (80s onwards) with the Afghan jihad. To quote Hillary Clinton, you cannot keep poisonous snakes in your backyard and only expect them to bite others. The policy of using “Jangju Musalmans” that our deep state became enamoured with, is what is at the root of the problem. It is a failed policy, a bad strategy and a bad debt. Let us cut our losses now. But I will come to that in a minute.

Here is another reason why we should reconsider this policy. President Obama has entered a very dangerous phase of his presidency. It is that time when a two term American president looks over his balance sheet and becomes desperate to do something spectacular. Consequently, in the next seven months, expect the Americans to go after any target that moves. Americans have made their intentions very clear. They will go after any threat emanating from our soil.

Violation of our sovereignty? Well you have seen nothing yet.

Even Prime Minister Nawaz Sharif knows that fact even as he cries foul. So what does that mean for the presumptive Taliban leader i.e. Siraj Haqqani. He is a marked man, unless he can deliver the goods. Those goods are an end to violence and a return to peace talks.

Our Chief of Army Staff, General Raheel Sharif, is set to retire in a few months. The international media is already pouring scorn on Pakistan and its military for their “duplicity” after the attack on Mullah Mansoor. Surely General Sharif does not want a barrage of drone attacks raining down on Balochistan and Khyber Pakhtunkhwa (K-P) in the last few months of his tenure. It is not good for his knight in shining armour image, let alone his legacy.

After his many remarkable successes as the COAS, does he want to end his tenure looking toothless while the Americans made a mockery of our sovereignty under his watch? I believe he is a good and honourable man who understands what is at stake. Surely he has the coup d’œil of a great military commander. The terrain is vexatious and perilous. Too many enemies are counting on him to fail. Does he know, as any good general should know, when to retreat? History will judge him on how he reacts in the coming months. History will judge Pakistan too on the basis of what he does next.

So how do we cut our losses?

We tell the Afghan Taliban that they had a good run but now it is time to face the truth. There is no way that they will ever take over Kabul. The world will never allow a repeat of the horrors that they unleashed during their rule between 1996 and 2001. Medieval tribalism has no place in the modern world.

However, in order to tell the Afghan Taliban that, we have to first prevail over ossified minds in our own midst, in our military and yes in the feared ISI, that the world will no longer accept backers of Taliban as legitimate brokers of peace. This is easier said than done. Many of our finest military minds are just too invested in strategic arithmetic from two decades ago. They are unable to appreciate the bigger picture today which is of economics and globalisation.

And then there is the most important question of them all.

Why must we use our excellent geostrategic location as an irritant to the world? Pakistanis have a legitimate role in the world’s progress. India and Afghanistan want to trade. We ought to get a piece of that pie. India and Iran want to trade. We should be the beneficiaries of that equation. Therein lies our true potential, a veritable trade hub where South Asia meets Middle East and Central Asia.

All this could be our future, if only we were to give up playing games of the past. Let us tell the world that Pakistani territory will not be used for any insurgency anymore. Let us make sure that there are no longer any Shuras convened in Quetta. No more will we allow medieval warriors to plot their designs of destruction on our soil. This is what I want as a Pakistani.