As a student of the Matric system, I can vouch that Pakistani textbooks are horrendous! 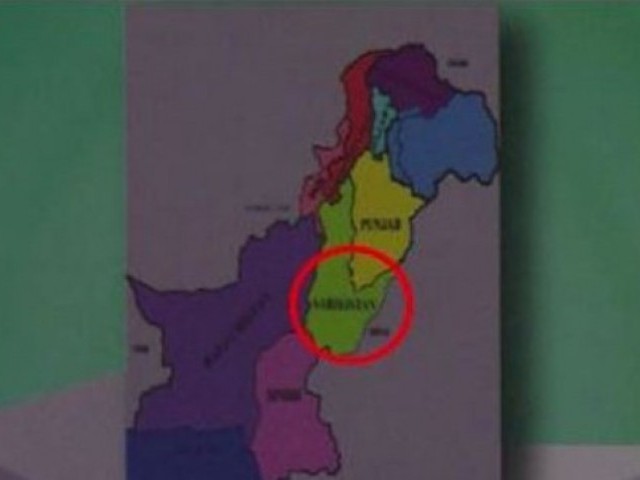 According to the World Bank data, in the years falling between 2011-2015, only 2.5 per cent of Pakistan’s total revenue was spent on education. This miserliness and misappropriation of the country’s priorities towards education is apparent in the sad state of its textbooks. The education sector is barely using its funds to invest in publishing new versions of textbooks, and spares it only to republish the out-dated versions every year.

Having been a tuition teacher, I have noticed that the Pakistan Studies textbook by Professor Abdul Qadir Khan has been republishing its very first edition of the book since 2005. To date, there has been no addition of new knowledge, nor any elimination of out-dated facts. The textbook continues to use obsolete statistics that dates from the year 2003, without bothering to update the irregularities. This is a country where 70 per cent of students are educated under regional and federal boards.

For decades now, these boards have been assigned curriculums where most of the textbooks are published under Punjab Textbook Board and National Book Foundation. Both these publishers are notorious for using substandard publishing techniques, employing incompetent authors who make factual errors and frequently adhere to poor grammar.

Though Punjab Textbook Board prides itself for printing affordable, cost-effective books, it cannot account for the fact that the publishers constantly use low quality paper where the text on the pages is smudged and illegible. Occasionally, there are pages where you notice the writing tilt diagonally. There are also instances where the text on one page superimposes into the other, and the last word of every sentence is hidden behind the other page as a result of improper binding.

And so it becomes apparent that instead of designing the books in a way to make them appear more student-friendly – i.e. nicer pages, better fonts, and a layout that has congenial, vibrant colours – the dull outlook of the textbook does nothing but alienate the student.

I owe a lot of who I am today to the textbooks I studied when I was young. I honestly believe the school’s curriculum promoting high quality books created this strong impact. I studied from textbooks that were published by Oxford. There was something very welcoming about my old textbooks from the crisp, neat pages to the warm pleasant aroma that emanated from them. The fonts were fancy and the illustrations were beautiful enough to entice a child. Each chapter in the book had fancy illustrations and the titles and fonts used were a blend of vibrant, friendly colours. I owe it to the general friendliness of the books for making studying such an exciting activity for me and not at all a painful labour, which it would one day become.

Fast forward a few years later and here I was in grade eight, holding the English book in my hands. Since I had opted for Matric, I was in for a complete shift in curriculum (nasty surprise). From Oxford, I had regressed towards Punjab Textbook Board. And I still remember, holding that book in hand which was even slimmer than the girth of my pinky finger. I let my fingers gently brush against the cover of the book which felt noticeably cheap in quality.

I gulped, and with my heart beating against my chest, I opened the book and turned towards page one. And there I saw, in all its glory, the title of the first chapter of my new English book staring back at me with grandiosity, titled “Clever Mirchu”.

Yes, this was indeed the name of the first chapter of my new book.

As it turned out, Mirchu was a clever little boy who was as tiny as a bottle of pepper (yes, they used that reference) and the chapter chronicled his adventures.

What’s sad was the fact that the illustrations were absolutely horrible. They were of a dull, black and white hue, and I could barely make out whatever was being portrayed. The font on the pages were smudged and sometimes as I read each line from left to right, I saw that the writing would go diagonally or would superimpose into the next page with the last word not being visible.

The book was an atrocious mess of poor grammar, and the chapters that followed were even worse. As a result, the complete metamorphosis from Oxford to Punjab Textbook Board was hard for me as a student because I struggled to enjoy my new books with the same rigor as I had my old ones. In the end, it resulted in my loss of interest towards my studies and it wasn’t long before my own performance as a student began to decline as well.

Back when I was in FSC, I absolutely despised the subject of Physics. I found it far too complex and academic for someone like me who harboured a seemingly average intellect. And yet, to my own surprise, when I entered university, I developed a passionate understanding and fascination towards Physics after being exposed to interesting documentaries and books written on the subject. And it made me wish that I had developed a similar interest for it back when it had mattered.

Funnily enough, I touched upon my past in a recent encounter where I was tutoring a grade 12 student. I flipped through the pages of her Physics textbook (the same one that I had studied) and I was suddenly reminded of how much I had once loathed the subject. And I finally realised, it had never been my fault; I re-read the textbook, and even though my intellect had evolved much more over the years, I felt just as stupid as I did as a second year student. It felt like I was reading the work of an excruciatingly dull professor, droning endlessly about extremely boring topics, spewing jargon of fancy scientific words, and intentionally making things sound much more complicated than they actually are.

In short, simple terms: the textbook was a self-indulgent disaster.

However, this conflict with my curriculum did teach me a thing or two. For one, I became aware of this cringe-inducing radicalisation that plagues the material of these textbooks. We live in a conservative country where a majority of the society is comprised of people who believe that nationalistic and religious values deserve unconditional subservience. Whenever values are merged with passion, it births fundamentalism. And the nature of these textbooks reflected that same fundamentalism.

Recently, a picture was surfacing on social media about a Physics book (authored by Professor Imran Khalid) in which a chapter began by stating that Almighty Allah created the world by uttering the Arabic word kun (be) and the world came into existence.

First chapter of a Physics book that discusses how Almighty Allah created the world.

The chapter went on to state that God created universal laws of Physics which all objects in the world now follow without interference.

Another example is of a grade nine Science textbook where the author, after explaining the concept of evolution, immediately concluded by saying that on his death-bed, Charles Darwin doubted the validity of his own theory of evolution and renounced his atheism.

However, the Social Studies and Pakistan Studies textbooks, take the gavel for the uncondensed manipulation and misrepresentation of historic facts. The Pakistan Studies book for grade 12 (National Book Foundation) constantly vilifies Hindus and recounts a villainous perspective of the British in their role in India post-1857. The Muslims are shown in sympathetic light where they are always unfairly wronged by the Hindus and their British allies. The emancipation of East Pakistan is shown as nothing more than a cunning Hindu propaganda and the role of Pakistan’s own fallacies are undermined.

The military dictatorship of General Ziaul Haq is celebrated where his step towards Islamisation is portrayed as a necessary realignment of values to bring Pakistan back on to the right path. The works of authors Dr Miss Ferozah Yasmeen,  Mian Muhammad Javed Akhtar, Nasir-ur-Din Ghaznavi,  Muhammad Zubair Hashmi, Bashir-ud-Din Malik, Prof. Mian Muhammed Aslam, Prof. Muhammed Farooq Malik and Qazi Ajjad Ahmed are particularly infamous for their highly extremist and nationalistic undertones. Their Social Studies textbooks for primary-grade students consistently dehumanise the minorities, and promote anti-Hindu, anti-European sentiments, while on the other hand providing a one-dimensional portrayal of the socio-religious culture of Pakistan as an unshakeable, morally upright system; where Islam is the saving grace for everything and secularism is seen as a major threat to its identity.

This severe compromise of our priorities towards education, and the fundamentalism of the authors have indisposed our textbooks with highly radicalised and prejudiced viewpoints. And for a country plagued with extremism, we cannot afford to teach our children how to hate things anymore. For as long as we don’t start focusing on the state of our textbooks, we may as well be handing out weapons to students instead of enlightening them with books.

If our education system tried any better, they could actually make academics a far more exciting prospect for students. But for a country that barely prioritises its education, I am not sure if it is interested in taking that step yet.

The author is an engineering student, musician and a writer.