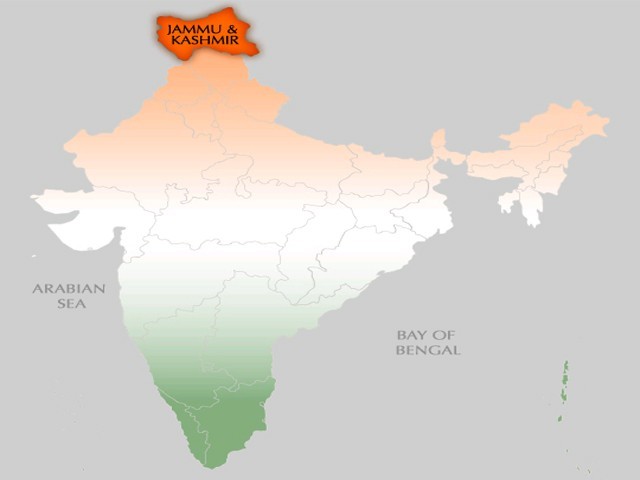 One of Narendra Modi’s mantras before he became prime minister in May 2014 was,

Two years later, this famous quote has lost its meaning.

Currently, in all walks of life, there is more government and less governance. The powerhouse in Delhi wants to decide whether people are national or anti-national, it wants to dictate the religious preferences and wants to monitor each activity through Unique Identity Card (UID). The way the government is intruding into the private and personal space of individuals, it will eventually end up making the common man a prisoner in their own nation.

The Geospatial Information Regulation Bill (GIRB) is another attempt to invade the privacy and rights of Indian citizens. The bill states that in order to display any geospatial information, prior permission from the government would be required and any mistake in the display of the map, which goes against the government’s published map, would invite harsh punishment. The punishment can range from a fine of Rs100 crore or seven years imprisonment. This is an extremely draconian approach to control the democratic debate in India.

The Bharatiya Janata Party (BJP) regime wants to control the political debate through cartographic dictatorship. So blind is the Hindu right government in its ideological agenda, that it does not realise that the GIRB is actually an attack on the very digital India campaign that Prime Minister Modi has been promoting so vehemently. It makes every digital application user a suspect in the eyes of the law.

Any social media user can be put behind bars for liking or sharing a map, which the government thinks is wrong. In effect, by introducing GIRB the government is installing a CCTV in each household and any citizen can land in hot water without realising it.

Has it come down to this now; where citizens live like suspects in the eyes of law under the garb of democracy?

The bigger question is, why does the government feel the need to implement the GIRB in the first place?

Can the government overrule or resolve the political problem by making corrections in cartography?

Can the problem in Kashmir be resolved by drawing a new map that depicts both parts of the valley as part of India?

If the GIRB is approved in its present form it would create further tension in the valley. There are many in Jammu and Kashmir who are resistant to the Indian rule and they either want to maintain their separate identity or merge with Pakistan.

The Indian government further alienates Pakistan from dialogue processes and is giving ample reason to Islamabad to suspect New Delhi’s intentions. Whether India accepts it or not, Kashmir is the core problem between the two South Asian nations. The new geospatial regulations mean that the government is being driven more by ideological rigidity than by pragmatism.

Many authors, both in India and Pakistan, have testified to the fact that both countries were in fact quite close to reaching an agreement on an international border in Kashmir in 2007. Former chief of Research and Analysis Wing (RAW), A S Dulat’s book, Kashmir:Vajpayee Years, mentions that New Delhi and Islamabad were quite close in making Line of Control (LoC) an international border in Kashmir, and allowing free mobility for people in both sides of Kashmir. The GIRB reflects the confusion that has gripped the Modi regime vis-a-vis Pakistan.

Can geospatial information regulation take care of the border dispute between India and China?

China has been claiming Arunachal Pradesh as its territory and always disputes New Delhi’s hold over the state. The GIRB runs the risk of jeopardising further talks with Beijing on the border dispute. Imagine if China also introduces a similar law, how would India react?

By introducing GIRB, India sets a harmful precedent for itself. As the largest democracy in the world, India needs to show much greater vision and flexibility.

The GIRB, therefore, is an attack on the democratic rights of citizens and has potential to further inject geopolitical instability in the region. It reflects the parochial mind-set of the ruling class in India, which wants to settle democratic debate by legal highhandedness.