Will the Muslim women in India find protection in the courts? 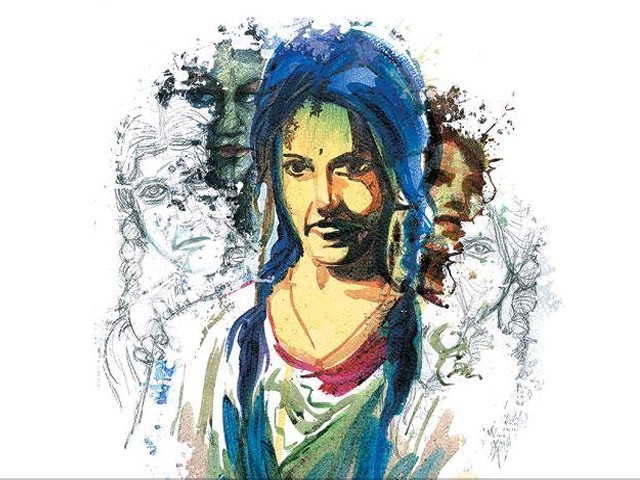 One may accuse Trupti Desai’s symbolic entry to the Haji Ali Dargah, Mumbai, and her earlier attempt to enter the Shani Shingnapur temple, as a well thought out publicity stunt highlighting her political intentions.

However, one has to grant her and her organisation, Bhumata Ranrangini Brigade, due credit for their gumption to take on religious clerics and other religious organisations. Her determination resulted in the decadent old custom that prevented women from entering places of worship, into the public domain.

It is indeed a sad commentary that even after 69 years of India’s independence; Indian women have to fight for their rights. Women have to constantly fight for gender equality, injustice and subjugation, even when the Indian Constitution protects them from any form of discrimination based on sex, religion or caste. Unfortunately, nothing seems to have changed on the ground.

In many places of worship in India, women are barred from entering the sanctum sanctorum of the temples. Recently, over a 400 strong women’s brigade tried to forcibly enter the Shani Shingnapur temple in the Indian State of Maharashtra in a symbolic gesture to end the gender disparity prevalent at religious places.

The Bombay High Court, while upholding women’s rights as guaranteed in the constitution, have directed the state government not to deny a woman from entering the sanctum of the temple. Similarly, the apex court of India was dealing with another famous temple in the south. Here, women that may menstruate (between the ages of 10 and 50) are barred from entering the temple out of fear that their entry will not only pollute the temple, but also offend the deity.  It is only a matter of time when the court will order the temple authorities to open their gates to these women.

It is gratifying to see that women are now coming forward to fight against various societal concerns that continue to discriminate against them. For instance, while Hindu women are fighting for gender equality, Muslim women are not far behind either. They have faced discriminatory practices for centuries, but have now started raising their voice against the anachronistic practice of divorce laws. These laws give unbridled right to a man to divorce his wife on flimsy grounds merely by invoking the word talaq three times.

The matter has reached such a ridiculous proportion that the Muslim men are increasingly taking recourse to social platforms such as Facebook, Twitter, WhatsApp and the email to divorce their spouses.

In a move to fight against this injustice, a Muslim woman has approached India’s apex court challenging the concept of triple talaq, as it violates their fundamental rights guaranteed by the Indian constitution. The court, while admitting her petition, has issued a notice to the Indian government questioning the legality of the right to divorce at will without following the due process of law. The court observed that such a practice is not only discriminatory against women, but is also not legally tenable.

The All India Muslim Personal Law Board (AIMPLW), which represents the interests of Sunni Muslims, has questioned the locus standi of the apex court to decide on matters pertaining to Islamic Law. According to the board, the provisions enshrined in the Holy Quran cannot be decided by any court of law.

The AIMPLB’s stance is in sharp contrast to the steps taken by various Muslim countries in modifying the personal law which makes it extremely difficult to divorce on senseless grounds. It must be pointed out that several Muslim countries have criticised the concept of triple talaq, as it goes against gender equality and also negates any opportunity for reconciliation between spouses.

As many as 21 other counties, including Pakistan and Bangladesh, have abolished triple talaq either explicitly or implicitly. Other Islamic countries like Turkey, Tunisia, Syria, Egypt, Morocco, Iran, Iraq, Malaysia and Indonesia have either reformed the law completely or involve legally stringent preventive measures in this area. Tunisia brought about reform by de-recognition of triple talaq within the circumference and perimeter of Islamic law.

Sri Lanka went one step further by enacting Sri Lanka’s Marriage and Divorce (Muslim) Act, 1951 as amended up to 2006. This act does not recognise instant divorce because the law requires that the husband first gives notice of his intention to a qazi (an Islamic judge). The qazi then attempts to reconcile differences between the couple within 30 days. If the attempt fails, only then can the husband give talaq to his wife and that too in the presence of the qazi and two witnesses.

Pakistan introduced a Muslim Family Law Ordinance 1961, making it mandatory for the husband to give a notice to the chairman of the union council regarding his intentions of divorce. Moreover, there is a cooling period of 90 days before giving effect to a divorce.

In India, due to the sensitivity of the subject, as it has the potential to fuel religious backlash, it would be prudent for the government, and the courts, to take the Muslim Personal Law Board into confidence, before contemplating changes.

Furthermore, the government and the board should also consider inviting religious scholars from Pakistan, Tunisia and other countries where the laws have made it increasingly difficult for men to divorce without following due process. Invoking triple talaq in one session is counted as one, giving ample opportunity for both the parties for a possible reconciliation should also be considered.

It is high time that the AIMPLB recognises women empowerment and the changing social order and takes steps to protect their interests by removing regressive practices that clash with modern liberal values.

It is suggested that the family courts, consisting of both male and female judges, should be constituted to safeguard the interests of women. With regards to barring Hindu women from entering the temples, the religious heads in India should raise their voice against this decadent practice, and should open the doors of all temples to everyone, irrespective of their gender.

The time has now come to remove the dichotomy between liberal values and regressive traditions, and take effective steps that not only protect women’s rights but gives them the same rights as men.