Donald Trump vs Sadiq Khan: Who is the better leader? 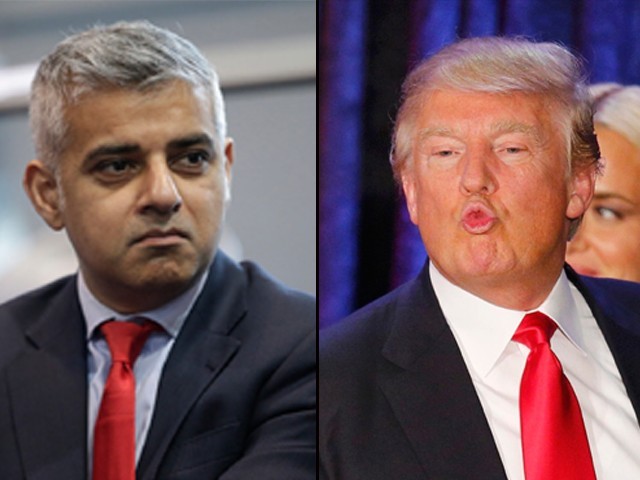 Let’s hope Khan is able to show through his policies how hollow and untruthful Trump’s stance on Muslims actually is.

In a momentous blow to Donald Trump’s divisive tactics and fear-mongering, London elected their first Muslim mayor, Mr Sadiq Khan. Mr Khan, of Pakistani descent, was born and brought up in London and won the election despite being harangued as a terrorist sympathiser by Zac Goldsmith, his opponent and David Cameron.

Although those allegations didn’t stick, his election shows that the people of London were able to look past his ethnicity and faith, and instead rely on his sound policies, like dealing with the on-going housing crisis that plagues London. Trump, on the other hand, seems to be gaining popularity in the American primaries by isolating different ethnicities and blaming them for all the economic woes of a struggling behemoth.

Following his election, Khan jokingly mocked that he would like to pay a visit to America before the elections in November in case he was banned from entering afterwards, as a direct jibe at Trump’s famous ‘ban all Muslims’ speech he gave following the Paris attacks. Trump then backtracked and said Mr Khan would be the ‘exception’ to the rule and would be allowed into America.

Mr Khan politely declined to take up his offer and stated that Trump was easily playing into the hands of the extremists with his isolationist statements. It can be easy to see how ISIS could end up recruiting more disgruntled individuals if Trump continues with his anti-Muslim rhetoric. Mr Khan further stated that he wished Trump wouldn’t be elected, something which incensed Trump furiously. In a recent interview with Piers Morgan, Mr Trump said he ‘didn’t care’ for Khan and said ‘he doesn’t know me, doesn’t know who I am.’

Offending Trump can reveal a hilarious, babyish side to him as he folds his arms and gets rowdy when he doesn’t have his way. His oafish behaviour may attract lots of comments but if he were to become president, his traits could easily translate into something more odious, those of a dictator.

Khan, on the other hand, embodies what multiculturalism actually stands for. In his first two weeks of taking office, he has already visited a synagogue and a Hindu temple as a way of unifying communities that have usually kept each other at arm’s length. His election is a momentous occasion not just for London, but for the whole world as it sets an unprecedented standard that divisive politics is dangerous and very wrong. The government of Pakistan can also use Khan’s election as a way of promoting ethnic minorities within the country and allow people to trust them in the same manner that the people of London have trusted Khan.

Trump’s antics are similar to the British rule of India; divide and conquer. By developing a bitter enmity between Hindus and Muslims, Britain was able to prolong their colonial stay and set the stage for the creation of Pakistan. Relations between India and Pakistan are still strained even to this day, a side effect of divisive rule.

This is in stark contrast to the Mughal rule in India where harmonious relationships existed between members of different faiths and some Mughal rulers even married Hindu women to create alliances for their empire. Peace, tolerance and harmony were actively encouraged. Fast forward to today and it seems as if history is repeating itself. You have a tolerant and accepting Muslim mayor against a brutish, verbal diarrhoea-spouting narcissist like Trump.

If Trump were to be elected, who knows what divisions and bitterness he would create in this world. Let’s hope Khan is able to show through his policies how hollow and untruthful Trump’s stance on Muslims actually is.