The Angry Birds Movie: Can it slingshot over your expectations? 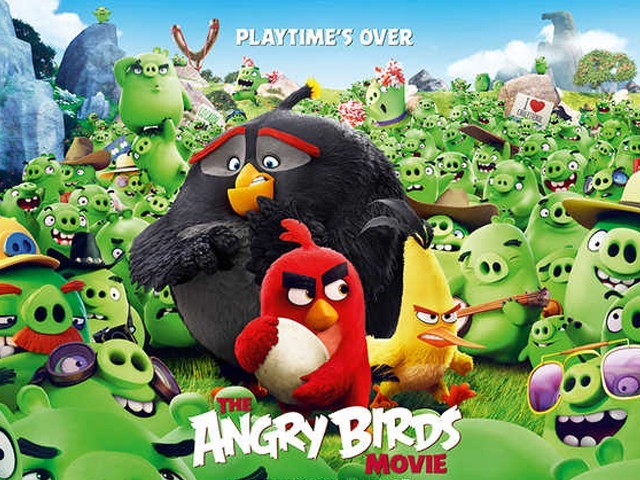 For quite a few years now, young viewers, and adults alike, have been playing Angry Birds on smartphones – crashing wacky birds in buildings and killing the green-coloured pigs. So you can just imagine how the excitement obviously doubles up when a movie based on their all-time favourite video game comes out!

I watched The Angry Birds Movie with the same enthusiasm with which I score points in the Angry Birds game and it did not disappoint me. The movie does have all the elements depicted in the game and once having played the game, one can easily relate to the movie.

Brought to the big screen are all angry birds that are featured in the game including Red, Chuck, Bomb, Matilda, The Mighty Eagle, Leonard, Stella, Terence, pigs, and others. Produced by Rovio Entertainment and Sony Pictures Imageworks, the animation brings to life the beautiful and colourful natural habitat of the island where the angry birds live. Although the birds are not angry by nature, it is the sudden influx of the pigs that brings out their aggressive side. The vibrancy of the film keeps viewers glued to the screen the entire time. Children will love the side-splitting humour in most of the scenes. Lending their voices to the movie are Jason Sudeikis (Red), Josh Gad (Chuck), Danny McBride (Bomb), Maya Rudolph (Matilda), Bill Hader (Leonard), Peter Dinklage (the Mighty Eagle), Kate McKinnon (Stella) and Sean Penn (Terence) among others. The voice characterisation is done according to the persona of the birds that further adds value to the story. While the game focused on all birds, The Angry Birds Movie, however, shows the story from the perspective of Red. His bushy eyebrows make him the centre of public attention and make him especially amusing for the kids. Moreover, he is popular in the island for having a short temper, a personality trait that relates to the game. The elders send Red to an anger management class so he can develop a pleasant personality. There, he befriends other birds who are facing similar issues. However, Red also has a suspicious personality which, for a short time, makes him an unpopular bird.

The happy lives of these birds take a drastic turn when pigs arrive at the island to steal something very important to the birds. This is where the conflict begins. The movie shows the life of these birds who generally keep their cool despite being angry. They eventually embrace the angry side of their personality to take revenge from the pigs. The birds, therefore, devise a plan to infiltrate the pigs’ homes situated on another island. They do so by shooting themselves in the air with a slingshot because no bird can fly – and the fun begins.

#Repost @sonypictures ・・・ The #AngryBirdsMovie launches into theaters in just FIVE DAYS! Get your tickets today! [link in bio]

Do you remember the special powers which some of the birds had in the game? The birds in the movie find their special powers only when they are flying in the air. This makes the movie relatable with the game and adds fun to the narrative. The movie has all the characters shown in the game; Red, Chuck, Bomb, Matilda, The Mighty Eagle, Leonard, Stella, Terence, pigs, and others.
Photo: IMDb

However, with so many positives in the movie, there is one negative.

In the game, the angry birds appear as having comical personalities, however, in the movie, the same characters were not given distinguishable personalities except for their special powers. Perhaps if there is a sequel to The Angry Birds Movie then the directors and screenplay writers can add more depth to the birds’ personalities. Moreover, the storytelling of The Angry Birds Movie is not as smooth or enchanting as that of Pixar or Disney, nevertheless, the story is capable of retaining the viewer’s attention throughout; mainly because of the plot, the conflict between the birds and the pigs, and the individuality of these birds. The Mighty Eagle, the same bird that users call when in dire need to crash the pigs in the game, also makes an appearance in the movie. How the birds summon the Mighty Eagle is another interesting story and revealing it would be major spoiler. The scene introducing the Mighty Eagle is the one you do not want to miss.

The transition of The Angry Birds from smartphones to the big screen is commendable. Directors, Fergal Reilly and Clay Kaytis, producers, John Cohen and Catherine Winder, and writer, Jon Vitti should be applauded for retaining the essence of the game into the movie and for devising a plot akin to that of the game. The dialogues are easy to understand, especially for kids, while the humour is right on the money. Watch The Angry Birds Movie and you will find the kid inside you loving it the most. A must watch for children, especially those who have played the game!