The secret of Western domination 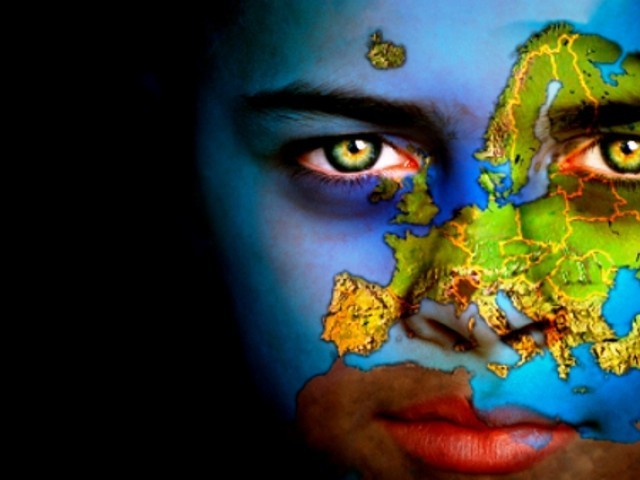 Science and technology hold the key to political and cultural emancipation.

When the United States attacked Iraq in 2003, the three main reasons given were the possession of weapons of mass destruction, the absence of democracy and the harbouring of terrorist groups and elements.

The only country fulfilling in fact these three criteria at that time was Pakistan, which at the time was being ruled by an army general, possessed a huge stockpile of nuclear arms and was not only harbouring terrorists but allegedly sending them out as well to destabilise other democratic regimes.

As if all this was not enough,  some in Pakistan started smuggling secrets of nuclear technology illegally to other countries, which were under US embargo. The United States however chose to attack Iraq because (retd) General Musharraf, after all, in the words of New York Times, was a “benign dictator” with a “tough job”.

All in all, it was a reverberation of the famous FDR remark about the Nicaraguan despot Anastasio Somoza Garcia: “Somoza might be a son of a b**** but he is our son of a b****”. Casting aside moral obligations in order to achieve politico-economic gains is what has resulted in the notorious “western double standards” phenomenon.

All European and North-American armies heavily depend upon satellite espionage and information gathering, airborne surveillance, and precisely guided missile systems. The new doctrine of scientific innovation has made the direct military invasion redundant, since strategic targets can very easily be neutralised by remote-controlled warfare, effectively finishing the war before terrestrial invasion. This science based military power has the very vital function of maintaining political hegemony in important geo-strategic regions of the world, especially in the Middle East that has vast petroleum reserves, the blood and life of energy-hungry European and North American societies.

Let’s leave things about science, technology, hegemony and politics as they are and move to a very interesting economic concept regarding capitalism, the concept of “infinite growth”. The industrial setup turns raw materials into consumer products which are sold to the general public. A part of the benefits is re-invested into production and innovation, which brings out better products, compels the general public into buying them.

This triggers a self-reinforcing process of production and consumption, which expands with every traversal of capital from the public to the industry. This expansion is known, in economic terms, as growth. Growth is the objective as well as the raison d’être of a capitalist society. Apart from securing the petroleum outflow from the Arab world to the west, the gigantic military-industrial enterprises discussed above secure consumer markets for the industrialised nations thus ensuring their growth.

In order not to let the pseudo-capitalist countries industrialise themselves, several methods have been adapted by industrialised nations. It ranges from stifling the evolution of popular governments to the creation of conditions that would simply make the production of industrial goods locally, economically infeasible. This politico-economic manipulation to achieve the above given objectives is commonly termed as hypocrisy while analysing the behaviour of several developed countries.

Science and technology thus hold the key to political and cultural emancipation since all the concepts of democracy, development, modernity and overall well-being are intertwined with the capitalist economic theory of incessant industrial growth. The complete dominance of the western world in the field of science and technology has cemented their political hegemony and has allowed them to manipulate the political situation in third world countries to suit their objectives.

The debauched Arab princes of Gulf States could have reversed this situation by promoting science and technology education since the lands under their political influence were producing a never-ending supply of capital without industry and therefore infinite growth. They squandered all this wealth instead on fast cars, harems and villas in all the posh resorts of the world.

It was therefore with utmost delight (and anxiety) that I read on a news website that the UAE have awarded the contract for the construction of four nuclear reactors in the emirate of Abu-Dhabi to a South Korean consortium consisting of Samsung, Doosan and Hyundai and others. The two other bidders were the French state-owned energy company Areva and a US-Japan coalition led by General Electric. An impression is being given by the UAE that the reasons behind this decision are purely economic. Areva made a bid of $40 billion to construct these four reactors till the year 2020. Judging from the complicity of French authorities, especially the incumbent president, in the Agosta submarine kickbacks fiasco, more than half of this $40 billion would have ended in French politicians’ coffers. The Koreans agreed to do the same thing for $20 billion, with relatively modern uranium enrichment and processing facilities.

The difference in the bidding price of these two major contractors is not only incomprehensible but also speaks a lot of the sleaziness and contempt that our past masters still have for the un-developed countries. Evidently the UAE for them is a fat cow, and the Arabs that rule these emirates ignorant Bedouins; oblivious of the value of their petro-dollars, so why not skin it as it lays apostate. In my personal opinion, the difference in the bidding price would have infuriated the emir initially; although he might enjoy the situation once the details of this agreement start coming out. The UAE government has announced that it will make all the documentation regarding this agreement public.

What World War III may bring

Finally, this news ushers in a new era in which Asian states have started to offer an alternative to the hitherto existing western monopoly in the domain of science and technology. As these new powers displace the influence of existing ones, we can expect a manoeuvre from the trenchant scientific powers to mitigate the former’s effect and to curtail their subsequent political clout.

The first two world wars were results of conflicts of interests between industrialised European nations over colonies and hence raw materials and markets and brought independence and hints of education and free thought to the colonised nations and peoples. We can hope that the third world war would bring democratic access to technology to everybody, provided that it is not nuclear.

*The author doubts that this agreement between the UAE and South Korea would ever go into effect.

An engineer based in Montreal, Hayat completed his Masters and doctorate degrees in miniature lasers for aerospace applications from Toulouse, France. He has been conducting research in microphotonics in a private company since 2009.