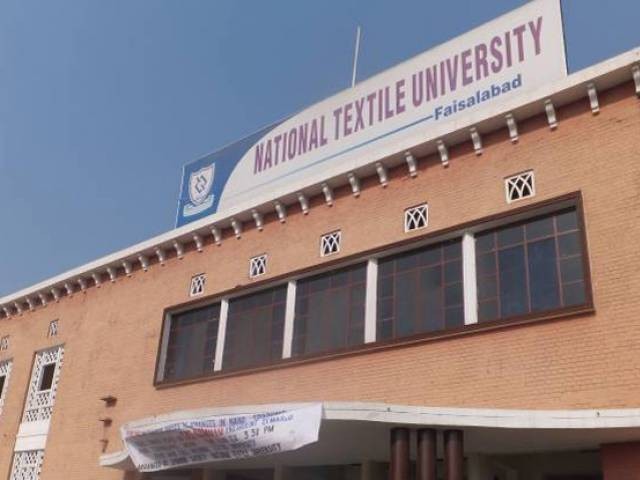 A university in Faisalabad has decided to impose a clothing restriction on its students and staff. PHOTO: FILE

A university in Faisalabad has decided to impose a clothing restriction on its students and staff. Like always, the opinions on it have now been divided into the two most common categories: the beyghairat (shameless) liberals and the ghairat brigade (moral brigade).

The beyghairat liberals argue that such a code is superfluous and ridiculous. They believe that enforcing such a code is unnecessary considering that the students are adults; they can decide for themselves what is right and wrong. They don’t need a code like this to try enforcing such decisions.

The ghairat brigade supports the implementation of a dress code, claiming that this code prevents ‘vulgarity’ on campus. Furthermore, they claim that it is in keeping with the moral and social traditions of Pakistan that will help improve the university’s image.

I’m sure you, dear reader, will reach your own conclusion about occurrences such as this. However, being the beyghairat liberal that I am, I fully and whole-heartedly disagree and disapprove of the ban by National Textile University (NTU), Faisalabad.

My own reasons are personal, as well as principled.

Here’s a little something that happened to me while I was in a university in Karachi that laid down similar rules for its (mostly female) students. It specifically asked girls to wear a dupatta. I was at their orientation ceremony and almost about to doze off while listening to the stories of the university’s glorious past when I heard this particular rule. I suddenly came out of the reverie.

“I must wear a dupatta at all times? Why?” I asked.

“Because it’s the rule. You have to follow the rule.”

“But that makes no sense.”

Just like today, that had made no sense to me.

This is forceful moral policing. It is an insistence that morality somehow correlates to the length of the sleeves of our shirts. It is a regulation of what the professors of the institute find ‘vulgar’, which is when someone wears a t-shirt with a logo on it.

No educational institute should have the power to dictate students so arbitrarily. What may be offensive to one person (how can someone watch a show like Game of Thrones?) may be completely okay for another person (Valar Morghulis, dude). What may seem immoral to you (sleeveless t-shirt on a woman, gasp!) may be completely acceptable for someone else (sleeveless saris and blouses are a regular part of some Indian cultures).

What gives an education institution the right to police clothes in such a manner?

The Pakistani moral brigade’s increasing obsession with vulgarity and dress code is becoming quite a pain, frankly.

As you grow older, as you progress towards the more ‘practical’ and professional part of your life, it becomes increasingly important for young adults to understand the moral grey areas.

And yet, with steps like these, students are more likely to become intolerant of other people and their cultures. They will also be, in all likelihood, fascistic and bigoted about their own versions of reality and would also be first in line to slut-shame women and perpetuate misogyny.

And that, my friends, oversteps the purpose of an education entirely.