Beware documentarians: If it shows the truth, the Pakistani government will ban it! 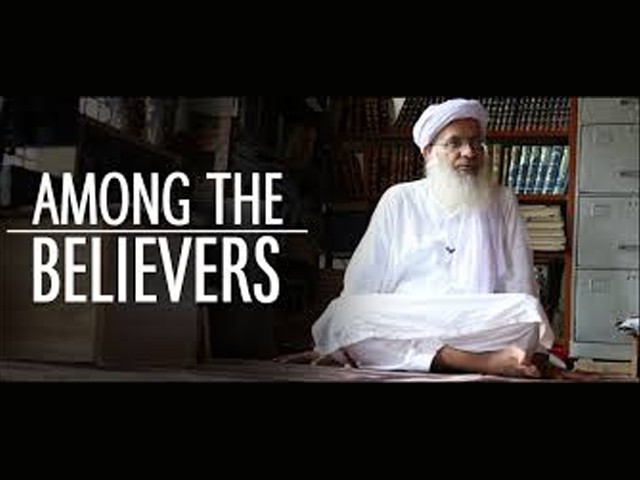 It only took viewing of the trailers to realise why these films were banned. PHOTO: ONE PLACE

It is said that whenever the gods want to destroy someone they take their intellect or aql as we would call it. If this saying is anything to go by, I can definitely say that the gods are hell bent on destroying our peace loving and pak (pure) nation. They have bestowed us with the most nationalistic bureaucracy and patriotic politicians that can ever be.

If there is anything that happens against the motherland, they are there to save it from evil. They will mow down any finger that points, cut out any tongue that wags and gouge out any eyes that dare glance a look towards it. They are so zealous in their nationalism that even truth is suppressed and quelled to save the motherland from any blame.

I read a news story about two documentaries that were banned before they could be showcased at the FACE Film Festival, spearheaded by the Foundation for Arts, Culture and Education. The organisers argued with the authorities to allow viewing of the documentaries but to no avail. As usual, the Central Board of Film Censors (CBFC) furnished silly reasons through a standard disapproval letter, which stated that ‘the films were portraying Pakistan in a negative light’. The documentaries were Among the Believers and Besieged in Quetta.

It only took viewing of the trailers to realise why these films were banned.

Among the Believers highlights the growing levels of extremism in the country through a particular focus on the Lal Masjid.

The trailer is harrowing. Scores of children being made to blindly memorise the Holy Quran without teaching them any classical Arabic (which is mandatory to understand the language of the Holy Quran) or any historical/logical backgrounds of the verses is appalling. The Holy Quran should be memorised but not through rote learning but through logical understanding which it itself enjoins, openly declaring “taffaqahu fiddeen” or contemplate on your religion (roughly translated).

An erudite teacher once told us during a lecture on religion that modern learners are like CDs – they record everything and play them back without actually understanding the concepts. The practices in most of our ‘unregulated’ madrassas are far worse.

Besieged in Quetta is a documentary, which highlights the plight of the Hazara community in Quetta, which was self-evident

It unfortunately should have been Massacres of Quetta or Pogroms of Quetta. That would be more reflective of the situation that the Hazaras, in particular, and Shia Muslims, in general, are facing. With hundreds of young and old dying due to ethnic and more prominently religious hatred, it’s a work which should be seen at the highest levels of government to ensure an effective policy is made to remedy this continuing catastrophe. The hundreds of martyred Hazara souls which lay on Alamdar road a few years ago are a sad testament to the impunity with which the banned organisations are able to kill and maim without reproach.

When we were learning about public policy at the university, we grasped one important concept which people are deliberately misled about. Policy is not only what the government does or claims to do, policy also denotes all the actions/policies that the government wilfully does not undertake. In other words, policy is not the government’s announcement of the National Action Plan (NAP) – policy is the inaction of the government against banned organisations, which are included in the ambit of NAP.

So if you point out this inaction or rather the actual ‘policy’ of the government, you are banned. Why is the government not doing anything against Lal Masjid, when time and again it has proven itself to be a ticking time-bomb? Are the hate speech and threats made by Abdul Aziz against the citizens of Pakistan of no consequence?

Will we continue to lose people like Khurram Zaki and Sabeen Mahmud because they speak for a less extremist Pakistan? What is the government afraid of when we possess one of the most professional armies in the world?

The only thing that the government does is to ban anything that points out its criminal negligence and its cowardice. The death of entire communities and the unchecked rise of extremists do not bother them. These documentaries were brave enough to identify the rising tide of extremist hatred in Pakistan and paid the price that activism initially pays in our country – censure, arrests and warnings.

If showing the truth is so bad, why was Sharmeen Obaid Chinoy received by the prime minister earlier this year? Even when it was a great initiative on part of the ruling party to support Sharmeen’s work, it did not discuss terrorism and the growing complicity of the political parties in its rise. A wise man once said that it is the safety from criticism that leads many a king to their downfall. We also unfortunately have not learned from the mistakes of our past. By protecting our blunders in the name nationalism, we are condemning our country to ruin.

Dear CBFC, please allow the viewership of such films, so that the people are forced to ask their representatives for a change towards the positive. Whether you accept it or not, such films only lead to the improvement of our society through positive criticism, something which we seriously need.