Will Nawaz Sharif be so easily NAB(bed)? 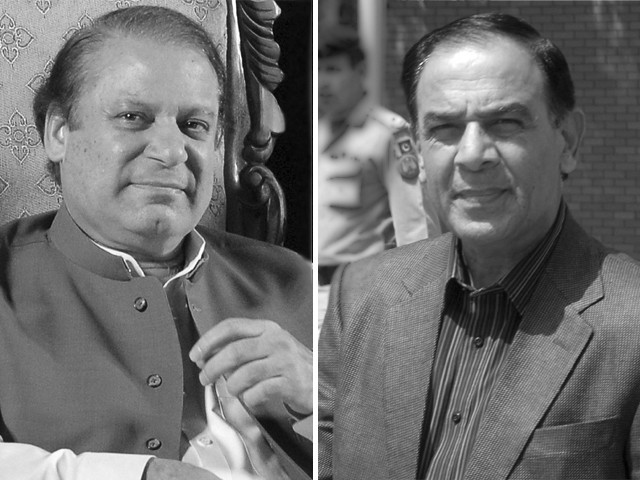 On one hand is the National Accountability Bureau of Pakistan (NAB) whose very name belies a sense of security and reassurance. On the other hand is the nation’s self-chosen symbol of democratic hope, Prime Minister Nawaz Sharif, elected by the people, for the people. Problem is, neither have proven to be very trustworthy.

Sharif, as always, is deeply embroiled in several scandals including the high-profile Panama Papers leak.

NAB is facing a litany of its own problems. A recently filed FIR alleges that NAB tortures its detained suspects, that it is bought out by the very criminals it is supposedly prosecuting, that it is a lazy, inefficient and ineffective institution. And then there is the issue of Senate’s recent efforts to seriously rein in the NAB’s current wide-ranging powers.

Yet, in recent months NAB has been a beehive of activity.

Referring to itself as the ‘apex anti-corruption agency of the country’, NAB’s current Chairman Chaudhry Qamar Zaman’s regime has adopted a zero-tolerance policy and publicly promised, on several occasions, that NAB will use its role as autonomous watchdog to prepare and implement a national anti-corruption strategy because it is committed to the United Nations Convention Against Corruption (UNCAC) and the ambitious Pakistan-Vision 2025.

The Bureau has even started going after big names.

In March, NAB recovered Rs59 million from the former Chairman of Balochistan Development Authority, Saadat Anwar and his facilitator-in-crime Abdul Hakeem. Their corrupt practices were causing a loss of Rs196 million to the national exchequer.

In April, in what was considered a controversial move, NAB went after the former Managing Director of Pakistan Electric Power Company (PEPCO), Tahir Cheema for issuing an illegal directive appointing 437 employees – PEPCO has received 600,000 applications that were pretty much overlooked.

Also this month, NAB, working alongside the Federal Investigation Agency (FIA), Dubai police and Interpol, successfully arranged for the extradition from Dubai to Pakistan of former chairman of the Evacuee Trust Property Board and Pakistan Peoples Party (PPP) leader, Asif Hashmi who has been booked for pretty much every scam under the sun, from land, housing to recruitment scandals. What is a typically a torturously slow legal process of extradition has moved fast under the new leadership of Chaudhry, according to NAB employees.

But not everyone is buying the NAB’s repeated vows to ‘continue accountability against corruption across the board.

Even though it has been waging a war against corruption these past few years, NAB has too often faced accusations of internal corruption, a lack of transparency, and a lack of concrete benchmarks to be considered wholly effective. There’s plenty of blame to go around for its dreadful condition. Even though it currently is prosecuting around 179 cases of corruption, these on-going investigations and corruption charges can too easily be impugned by meddling state actors. If the nation’s top watchdog is not itself immune from bribery and coercion, and has in the past been accused of being mired in corruption itself, then how can we expect state-run entities, public sector organisations, and businesses to be free of corruption?

Equally problematic is the Prime Minister’s meddling with NAB affairs. Trying to shut down or interfere with NAB investigations and trying to make himself immune from being the subject of such an investigation is a shocking abuse of authority. Even though he came into power for the third time with a campaign built on eradicating corruption, the PM has proven to be nothing but full of lies and thievery. The Panama Paper revelations are just one part of a decades-old, monstrously corrupt equation. Money laundering, illegal cash financing of sugar mills, bribing politicians, illegal appointments, plundering money from charitable funds, favouring one energy company over others are just part of our PM’s curriculum vitae of corruption.

And now the Prime Minister is trying to save his skin by trying to shut down the same institution designed to keep corrupt figures like him in check. And his attempt to divert the dialogue towards NAB’s apparently ‘overbroad’ powers is a red herring.

Raising NAB as an issue is aimed, in part, at distracting Pakistanis from the international scandal the Panama Paper leaks has placed the prime minister and his entire family in.

Even though Chaudhry has repeatedly stressed the success rate with which NAB has prosecuted corrupt elements since 1999 and recovered Rs266.5 billion back into the national exchequer in the process, political analysts like Abdul Basit – familiar with the inner workings of NAB – remain adamant that the organisation is still ill-equipped to do what it was created to do.

Basit, speaking to The Express Tribune, expressed dubiousness over NAB’s next plan of action holding the prime minister accountable in light of revelations stemming from the Panama Paper leaks.

“Let us suppose NAB carries an honest inquiry into the Panama Paper leaks and finds the PM guilty – would NAB implicate the PM? The historic precedence suggests that when such a probe starts it will become so political with each hearing and through the media coverage that no sane person in his or her right mind would want to be the head of such an inquiry commission – be it NAB or the judiciary,” pointed out Basit.

In other words, even though under its current leadership NAB is a more accountable, depoliticised and honest organisation, the external politicisation and pressures are still rife. And NAB is simply too ill-equipped to take down the head-to-toe corrupt, robust, and well-oiled machine that is the Pakistani state.

Should NAB actually start an inquiry into the affairs of the prime minister and the current government, Basit predicts the government will certainly try and influence proceedings. And, on the opposing end, the opposition will push back with extreme pressure through their media statements and other tactics.

“Our national institutions are not robust, strong, professional, and apolitical enough to take the incumbent PM to trial. That is the harsh reality. Only in a perfect world could an institution like NAB try the sitting PM.”

On Monday, the PM is expected to answer the opposition over allegations stemming from the Panama Papers leaks. And, ironically, just days before this hearing Pakistan Tehreek-e-Insaaf (PTI) leader, Imran Khan – who has thus far enjoyed being perched on his moral high horse while leading the war cry for the PM to step down – found himself facing allegations of hypocrisy as reports of an offshore company under his name surface.

Indeed, the political mudslinging has only just begun. And while the progress NAB has made is a welcome transformation, it is incomplete. A recent report suggests that over 60 per cent of Pakistanis believe that a certain level of corruption prevails in governmental departments. Truth is, corruption remains prominent at all levels of all sectors in Pakistan. The PM must take account of the demands of his people. He may be able to justify his nepotistic, corrupt practices as serving some short-term purpose only he can see but continued unaccountable, opaque governance is not sustainable.

We are a country in the midst of a civil war against terror, gloomy economic prospects for our youth, sectarian strife, and near constant jeopardised relations with other nation states. Yet corruption remains the most formidable challenge for Pakistan. It makes up the backbone of all the other ills that plague the average Pakistani on the daily. NAB is one of many steps needed to find us finally headed in the right direction. Doing away with political influence in the government would be the other step along with the implementation of substantive laws across-the-board. With no exemptions for anyone. Not even the prime minister of Pakistan.