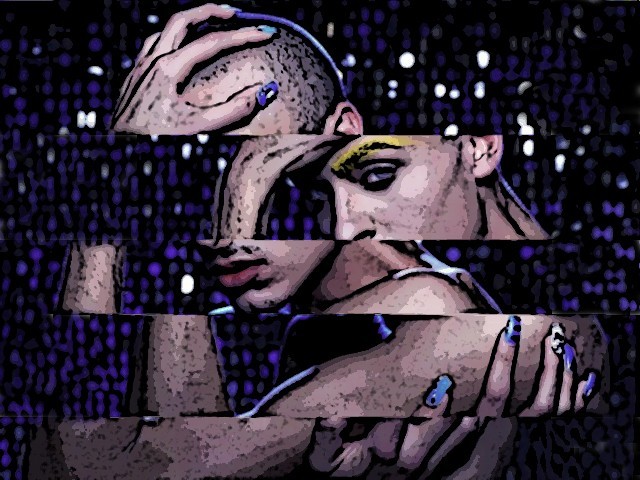 Whatever it is about me that gives me a masculine aura, it’s something I can’t help being, which makes it harder for people to decide whether I am a woman or a man.

While I found private buses very easy on my pocket, I hadn’t travelled in one for over a year, even though I would travel in it all the time while I was in university. I had started noticing something strange. We all know what goes on in buses; but this was different. I realised that people were talking about my gender; they weren’t sure if I was a woman or a man.

For instance, once when I was going back home from work and had to take a bus, the female compartment was almost empty so I availed the opportunity and hopped on the seat on the left to the driver, feeling excited to have the whole seat to myself. A guy sitting with the driver asked him,

(What is this boy doing here?)

It was extremely uncomfortable for me considering I wasn’t expecting anything like that to happen. At that time, the only way I could deal with these things was to give back an intense stare to anyone staring at me or passing a stupid comment.

But it kept happening. And it wasn’t limited to the times I was travelling in a bus.

On the roads, people kept staring; children started making fun of me behind my back, and a few times I even got into arguments with men for passing comments. I clearly remember the time when I literally had to control myself from flinging a hot cup of tea at this one guy who passed some silly comment regarding my gender while I was walking from Tehrik-e-Niswan’s office to the shops opposite Hyperstar to get my cigarettes.

He stood there alongside his bike with his friends. When I heard him saying something about me, I turned around, walked back to him and asked with aggression,

(Is there a problem?)

With a smirk on his face he said,

(No, there is no problem)

I spoke in an incredibly threatening voice,

(Tell me if there is a problem so I can solve it for you).

The guy was about to respond when his friend, sensing that the situation was getting out of hand, grabbed his arm to stop him and said that there was no problem at all.

Things like these would constantly happen, and they happen now more than ever.

My hair is very short now but it was almost shoulder length when the aforementioned incidents happened. I usually wear a kurta or t-shirt with jeans or trousers, depending on the weather. No dupatta.

I am a girl, but I just don’t sit or walk the way prescribed to ‘a girl’ in our society. I’m also incredibly protective of the women around me.

There is just something different about my overall personality.

Whatever it is about me that gives me a masculine aura, it’s something I can’t help being, which makes it harder for people to decide whether I am a woman or a man.

I usually take a bus when I am travelling to another city and the last time was no exception. As I stood there, waiting for my turn to get on the bus, despite this being a recurring experience, I didn’t feel any less uncomfortable at the thought of having to explain, yet again, that I was a woman to the guard doing body checks on all the men.

The most interesting part of that particular experience though was when, before the bus departed from Karachi, the Daewoo hostess got off and asked the guard,

The guard responded in a very condescending tone saying,

(This is neither a girl nor a boy)

Her seat was next to mine and she refused to sit with me. I watched as she created a scene out of it.  She started fighting and said,

(I do not want to sit with this person. Make this person sit somewhere else)

Then the guy came up to me, asked for my ticket, checked my name and told the hostess,

(There is no problem. She is a girl).

And no one seemed to have a problem putting me on the spot like that.

Something similar happened on my way back to Karachi. A girl who was travelling alone went up to the hostess and told her that she couldn’t sit next to me because I’m a boy.

I found this out when the hostess approached me and said,

(You should sit somewhere else).

Even the hostess was convinced. This incredibly awkward situation dissipated when I, for the umpteenth time in my life, kept my calm and reassured the hostess that there should be no problem because I am, in fact, a girl.

I’ve learned to laugh at these small incidents because I know how much more difficult it would be for me to deal with if I don’t. If you can’t beat ‘em, join ‘em, right?

I told my friend everything once I reached Lahore. She was furious with me when I told her that I contained my temper and fought off the urge of reacting impulsively with the hostess and the guards and all those other people who kept staring and discussing my gender with one other.

To be honest, I don’t blame them, and neither the kids who make fun of me. I don’t have a reason to blame them; they have lived with the idea of binary gender all their lives. And the media keeps reinforcing these gender norms and roles and regulates its influences on the masses. So how can I blame them?!

I don’t expect them to understand that I can be a woman and be masculine at the same time. I cannot scold the kid, who lives in my building, every time he sees me and asks,

(If you are a girl, then why do you wear boy’s clothes?)

The idea of binary gender is very much embedded in our consciousness and we are used to seeing people that way. An ethnic group in Indonesia, called Bugis, has five different genders. They are used to seeing gender that way. I understand that it’s difficult for people to accept the way I look and it’s okay because I know it’s going to take time for people to be open to those who identify themselves in ways they are not used to. It’s even difficult for my mother sometimes to accept it because for her this not how I am ‘supposed’ to look.

What continues to disturb me, however, is the self-righteousness of people and the prejudice towards the ‘other’ and the ‘different’. This outright rejection of the minorities who are different in any way from the majority doesn’t leave any space for a healthy discussion at all, which makes the ‘different’, the unacceptable.

I can’t explain to all those people that I grew up in a family with no men and the women of my family have always been very scared of men. And this situation prevails in many households. There are places where women shouldn’t go, things women shouldn’t do, attitudes not suitable for women. But I grew up subconsciously emulating men – I like to dress in a manner that resembles a man, walk like a man, behave like a man so I can protect myself from the world. Because, according to this world, you can only be strong, independent and fearless if you are a man. I feel ashamed to admit it but there was a time at which it infuriated and embarrassed me if someone called me a girl.

It took me years to become comfortable with myself. Now I am a woman who is masculine. The need to define myself in certain terms doesn’t seem necessary anymore. I am a woman, a man, a transgender, an androgynous person, and any other gender people like to identify themselves with.

One thing I learnt during my travels is that when people finally break the ice and get to know one another, they realise that we are all the same in so many ways that, in the bigger scheme of things, our differences don’t matter that much. The hostess, who didn’t want to sit next to me, started talking to me herself and told me what she has to go through in her job. Once she saw that I am a person, an ordinary person, just like her, it didn’t matter how I looked. And that is when true humanity shines.

The author likes to identify herself just as a person. She doesn't work anywhere as she finds institutional structures very hard to fit into.