It doesn’t matter if it’s Trump, Clinton or Bernie, we still have to prepare for the worst 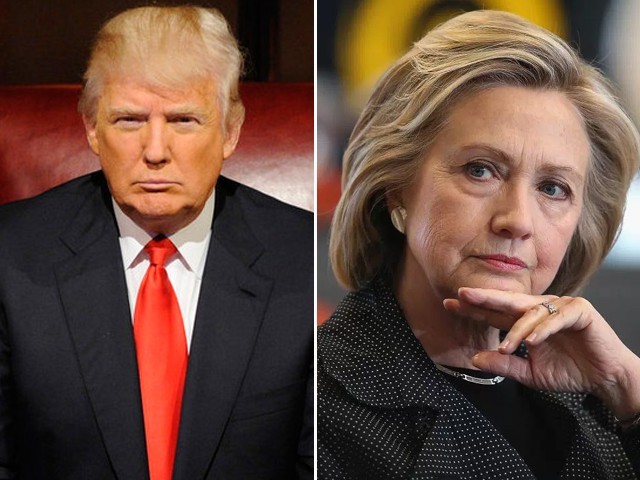 Clinton who may appear to be saner than Trump, has been involved in the Ghouta sarin gas attack which killed over a 1000 Syrians.

Donald Trump comes off as an obnoxious racist who is not only capable of mocking a disabled journalist, but talks about banning Muslims from the US and introducing Nazi style ID cards to track Muslims.

But he is not solely to blame for this.

Trump is a product of a society that has been subjected to virulent anti-Muslim propaganda for over a decade. This has been witnessed through news reports, Hollywood movies and dramas – backed up by right wing think tanks and politicians.

Various Wall Street bankers have looted the country to the extent that over 45 million Americans are living on food stamps and a movement shouting ‘Black Lives Matter’ has slowly emerged. All Trump had to do to gain popularity votes was to capitalise on this fear and hatred.

One can digest the case of Trump, but President Barack Obama and Hillary Clinton’s recent statements have led many to wonder if they’re delusional.

During a recent trip to Germany, Obama stated in his ‘address to the people of Europe,’:

“We are fortunate to be living in the most peaceful, most prosperous, most progressive era in human history.”

While Clinton in a speech in Tunisia asks voters to “Not to pay attention” to comments made by candidates vying for Republican Presidential nomination (referring to Trump), “As it doesn’t reflect US policy.” She argues,

“… just focus on what we’re doing and what we stand for and particularly what our president represents.”

One wonders if the millions of displaced people and refugees from Afghanistan, Iraq, Libya, Syria, Sudan, Somalia, agree with Obama and his ‘peaceful era,’ or respect what the US and its president represent.

Ever since Obama took office, the ‘War on Terror’ has been injected with a new lease on life. Egypt was the first target where US funded NGOs created turmoil in the country, which led to the ousting of Hosni Mubarak and elections being held – which turned out to be a positive step.

However, the US showed that it wasn’t interested in democracy when the Muslim Brotherhood was elected. Behind the scenes, it aided a military coup to help install a US-Israel friendly military dictator, Abdel Fattah el Sisi.

Soon after came the destruction of Libya, in which Clinton played a pivotal role – and now it seems to be Syria’s turn.

The refugees pouring into Turkey and Europe are a result of the US war on Syria and Iraq, as well as through proxy wars carried out by western backed al Qaeda affiliated groups, such as the Free Syrian Army, Al Nusra front and Islamic State of Iraq and Syria (ISIS).

Leaked emails from private intelligence firm Stratfor, confirmed that in 2011, US and UK Special Forces training of Syrian opposition forces were taking place in Jordan. The goal was the “collapse” of Bashar al-Assad’s regime “from within”.

The former employee at the US National Security Agency, Edward Snowden affirmed that the British, American intelligence and Mossad worked to create ISIS to fight proxy wars on their behalf. While the US provided mercenaries like Blackwater, the Saudi regime and the Gulf States provided paid Takfiri foot soldiers to carry out the task.

Obama’s ‘peaceful era’ was noted by The Washington Post when it called it “an emerging global apparatus for drone killing”. When Obama took office in 2009, the drone war was confined to Pakistan. Today, drone attacks have spread to Yemen, Afghanistan, East Africa, Libya, and Iran, with dozens of secret drone facilities operating in the Middle East, Africa, and Asia.

Russia, under President Vladmir Putin, has become the new evil aggressor for the west, because Putin stepped in to bomb ISIS out of Syria and Iraq – a job the US and western forces had been claiming they were doing for years. Yet they always missed the target and ended up creating further chaos in both countries.

“Libya is virtually destroyed and New World Order agents, as we have already seen, aspired to do the same thing in Syria.”

Those who follow the strategy of proponents of the New World Order, the term first mentioned by George Bush Senior, strangely enough on September 11, 1990, to Congress – know that whoever may be placed as the new US President, the strategy will be the same.

Those behind the Project for the New American Century (PNAC) are the same neo-con Zionist group that want to “take out seven countries in five years, starting with Iraq, and then Syria, Lebanon, Libya, Somalia, Sudan and, finishing off, Iran” – as revealed by US General Wellesley Clark.

The race for the White House has left us with two likely candidates, both fundamentally flawed and both promising to be worse than Obama. In other words, whoever gets elected, Israel will be the winner.

Obama’s campaign was planned by pro-Israel advisers such as Rahm Emanual. On the other hand, Trump’s campaign has also been planned by pro-Israel advisers including Michael Cohen and Michael Glassner. While Clinton is being supported by the Zionist billionaire George Soros, who has had a hand in every colour revolution instigated to destabilise countries from the Middle East to Ukraine.

Her other billionaire backer is Haim Saban, a dual US-Israel citizen and a hard-line supporter of Israel; he has also endorsed Clinton on Israeli TV.

The two candidates have made it clear that Israel will be given a free hand to continue settlement building in Palestine and continue to ethnically cleanse Palestinian lands, while it imprisons and tortures its children.

If Israel is the final winner, why should it be a worrying point for not only Syria, Pakistan and Iran, but also Muslims around the world?

Israel along with the Saudi government desperately want a regime change in Syria and Iran, which means another decade of on-going wars, resulting in more refugees.

I am sure the huge 4/5th majority of the US Senate, who recently signed a joint letter urging Obama to raise the yearly $3 billion aid package to Israel, would have appreciated Trumps remarks.

Clinton, who may appear to be saner than Trump, has been involved in the Ghouta sarin gas attack which killed over 1000 Syrians. According to the investigative journalist, Seymour Hersh, Clinton approved the sarin gas to be used by anti-Assad forces against innocent Syrians, aiming to put the blame on President Assad.

Clinton has further clarified her position in a future war with Iran when she addressed an AIPAC meeting in 2008.

“Our two nations are fighting a shared threat against Islamic extremism. I strongly support Israel’s right to self-defence (and) believe America should aid in that defence. I want the Iranians to know that if I’m president, we will attack Iran… we would be able to totally obliterate them.”

If Iran is the goal, then the destabilisation tactics employed by the US and its ally, India against Pakistan will continue. Pakistan will always remain an important cog in the wheel, as it’s a nuclear state with the ability to step in if any attack on Iran takes place – and it may have to, considering the fact that they share a border.

US politicians will always support Hinduvata India against Pakistan. Trump has already declared that,

“Pakistan is a serious problem” and “India’s the check to Pakistan. And you have to get India involved… they seem to be the real group…”

According to the PNAC, five out of the seven countries have been taken out, and only two are left; Syria which is fighting for its survival, and Iran. Their worst fear at the moment is that Pakistan will become a close ally of Iran, as unity would be the last thing the US will allow. Why India is making gestures of cooperation and trade with Iran is not rocket science.

And it’s not surprising to see the sectarian card being used over and over again to hinder Pakistan-Iran cooperation. Hence we can expect more attacks on Sunni mosques or Shia mosques by al Qaeda linked groups like Tehreek-e-Taliban Pakistan (TTP) or ISIS in order for Pakistan to remain weak and isolated.

If for any reason Trump or Clinton do not win – we have Bernie Sanders waiting as a standby who has been described by Times of Israel as ‘Rabbi of the Jewish left’.

The US, its allies and what they represent can be summed up in this famous quote by Sir Walter Scott,

“Oh what a tangled web we weave when first we practise to deceive.”

The author is a British Muslim journalist and has been a news editor for TV as well as editor of various magazines. She worked in the Middle East and in 2003 was in Iraq right before the war broke out and enjoys writing primarily on issues concerning Muslims and current affairs.

Are Muslim refugees destined for a life of sex slavery?

The B-side: Junaid Jamshed and untold stories behind the controversies