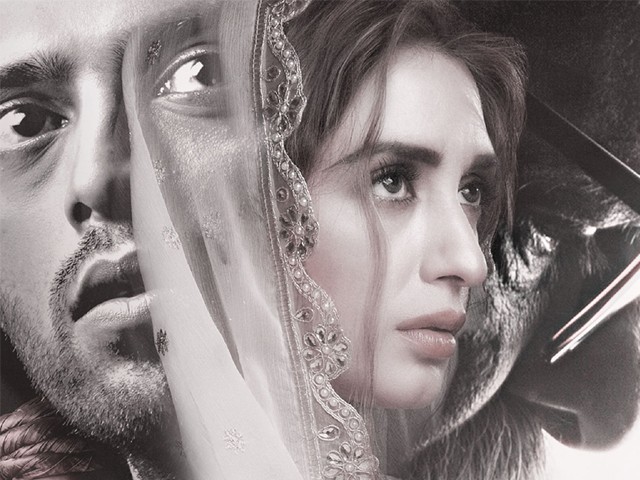 Criticism from most viewers had something vile about it. For most viewers (and now reviewers), the only saving grace in the film was Iman Ali, and any talk about her also focused solely on her elaborate costumes and how mysterious yet seductive she looked. Iman Ali’s impeccable dialogue delivery was hardly mentioned.

This Mother’s Day I took my mother out on a date to watch Pakistani cinema’s latest flick Mah-e-Mir. Luckily, it has not been banned as yet.

I am not a movie buff per say, but I do end up going to the cinema every other week to take a break from reality. So, I hardly ever read movie reviews before watching movies. I like to watch a movie with a blank mind, having nothing to compare it with and judge it based on the entertainment value.

I went in judging from the title that Mah-e-Mir would probably be based on the life of one of the Urdu poetry giants. The first 15 minutes passed by and my mother nudged me with a big sarcastic grin on her face and whispered,

“Can you understand what they are saying?”

I just nodded with an embarrassed smile.

The script was filled with beautifully crafted sentences in daqeeq (pure) Urdu and most dialogues took place through an exchange of poetic expression. My Urdu has always been fluent, but the last time I read anything in Urdu was probably in high school and that too did not involve a lot of Urdu literature.

The film follows the life of a young, modern day Urdu poet and columnist. He is a literary rebel and is struggling because he doesn’t want to concede to the demands of the market-oriented world of literature and journalism.

In all honesty, I had to really concentrate to make sense of the dialogues since I wasn’t familiar with the intensity of the language. It made me realise that I was quite uneducated in my national language. I always thought I was most comfortable with Urdu, but watching Mah-e-Mir, made me cringe from within.

Nonetheless, the issues discussed resonated with me because of my field of study and profession. It highlighted the frivolities that contemporary columns and poets wrote about and cashed on. It also talked about battling internal chaos, love and longing, and the strong reliance and legitimacy that is sought from classics in the literary world.

However, this is not a review of the film. It is perhaps a review on what I witnessed during the interval and as I left the cinema. It would be safe to say that the hall was dominated by youngsters; college and university students. As the interval approached, I began thinking about the movie and could not understand what exactly was happening. But this was not just in reference to the language, to the content, theme and the nonlinear projection as well.

Criticism from most viewers had something vile about it. For most viewers (and now reviewers), the only saving grace in the film was Iman Ali, and any talk about her also focused solely on her elaborate costumes and how mysterious yet seductive she looked. Iman Ali’s impeccable dialogue delivery was hardly mentioned.

The male audience were laughing over how pathetic and love sick the protagonist was over a girl, without having to even talk to her or approach her the ‘regular’ way. As I came home, I read some of the feedback on social media that mainly revolved around how boring and slow the movie was and how almost half the hall left within the first half of the movie. Some even went to the extent of calling it “pathetic” and “disgusting”.

Am I too blunt to say #Mahemir was a sheer disappointment ? Perhaps my intellectual level is lil too over whelming

#ImanAli tries hard to imitate #Rekha in the song #UskaKaramDekhKar for #MaheMir but fails miserably. The song lacks soul.

Since most of my students are also aspiring filmmakers, I often discuss the prospects of “New Cinema” in class and I tend to hear them ridiculing the “Gujjar” and “Badmaash” culture that once plagued our industry. The remnants of this culture remain to date.

Hence, a lot of the educated youth had to turn to either Hollywood or Bollywood for better scripts, story lines and in depth performances and content. New cinema is still blamed for being not-so-original and inspired by Bollywood. But when it finally does produce a good film such as Mah-e-Mir, we respond by leaving the cinema hall during the interval or by giving it negative reviews on social media.

This made me wonder whether it is the film industry that needs a fresh and novel concept of thinking and originality or do we, the viewers, need all this more desperately?

Is it because anything other than an item song or male humour is just not worth our time and attention? Is it because our Urdu language skills are becoming more and more pathetic with every passing day and not much is happening to revive the role of Urdu literature in our country? Our colonised mind-set probably continues to stop us from doing that.

The larger question that remains to be unanswered is; is anything that is difficult for us to understand, that requires us to learn, think and read more, and challenges us, not worth our time?