Stop celebrating Sadiq Khan’s victory, Pakistan, you have no right to celebrate 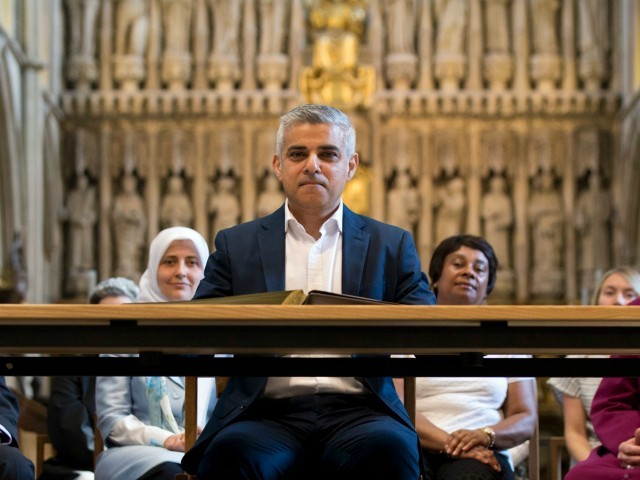 Sadiq Khan was sworn in as London mayor Saturday after being elected the first Muslim leader of a major Western capital, as the Conservatives defended attempts to link him to extremism during the campaign. PHOTO: AFP

Sadiq Khan is now the mayor of London. There are countless reasons to celebrate this feat. On a personal level, it is indeed a great achievement for someone who was not born with a silver spoon in his mouth. His father was a Pakistan immigrant and a bus driver who brought up Sadiq and his siblings in a council property. Imagine the son of that particular immigrant getting elected by a record mandate in London; it’s a truly superb moment. Congratulations to him for a truly remarkable victory.

But can every Pakistani and every Muslim personally feel proud over the appointment of the new mayor’s triumph?

I feel a louder word of applause and appreciation is due for the exemplarily tolerant and accepting people of London, a clear separation of the state from religion and the rule of law founded on equality and meritocracy. His victory substantiates the fact that anyone from any race and religion can hold an esteemed public office through a due democratic process. Last Thursday’s election is only one such example.

The timing of his selection is tremendous since religious extremists are busy tarnishing the image of Islam, Islamophobia is on a steep rise and uneasiness towards Islam has witnessed a gradual increase.

British Muslims, especially Pakistani expats, are rejoicing a rare moment of pride. Alongside the sentiments of accomplishment, some would think it is everyone’s right to vie for public office and to indeed become part of the democratic process; a fundamental right that no one can deprive them of.

Indeed, that is a common thought, or is it?

Well, the worth of this fundamental right, that most of us take for granted, dawns even brighter upon us when we read the following notice by the Election Commission of Pakistan,

“…Ordered vide its letter No. F.1(6)/2001-Cord dated 17 January, 2007 that the competent authority has been pleased to decide that separate supplementary lists of draft electoral rolls for Ahmadis/Qadianis for the electoral areas concerned…”.

Being a ‘competent authority’ when they are ‘pleased’ to separate voting lists for an already persecuted community in Pakistan. A few days ago, Pakistan’s Parliament hailed the extraordinary success of a ‘Pakistani’ who made the country proud. I deem Pakistan’s Parliament and its people celebrating Sadiq Khan’s victory rather hypocritical. Why do we want the best for ourselves and do not mind if others are deprived of even the basics? Why do we only scream when we are in the line of fire? Why can we happily see our own law usurping the rights of others?

In Pakistan, Ahmadis can cast their votes for federal, provincial and local elections but only on the condition that they must declare themselves as non-Muslim. This is something that no Ahmadi’s conscience consents to; and every Ahmadi of eligible voting age does so at the cost of foregoing the very right that millions of Pakistani Muslims in several non-Muslim countries enjoy without a spec of discrimination.

Imagine what would have happened if Muslims were denied to vote on Thursday?

Here in the UK, all of us have one vote which carries the same value. Our vote knows no religion, class or colour.

Scores have been booked for being allegedly disrespectful to religious personages of utmost reverence under Pakistan’s blasphemy law. On the other hand, revered leaders and practices of different faiths and sects are not just derided openly, but laws of the land condone such acts. It is not just Ahmadis now, but several Christians, Hindus and even Shias who have experienced despicable torture and murder. Properties of minorities are unsafe and it seems that the growing intolerance is increasingly legitimising the looting and ransacking of moveable as well as immoveable assets of these defenceless citizens of Pakistan.

Dalits of Mirpurkhas should not need to fight for their rights, nor should it be only Christians who must worry about saving historic church buildings in Lahore; rather every Muslim should do his utmost in protecting every oppressed person and his place of worship.

I do not know whether Pakistanis should take pride in saying that a person of ‘Pakistani’ descent has ascended to an esteemed public office in London. The one thing that defines this mayoral election result is the victory for equality, a fundamental teaching of Islam which the West puts to practice. Let us not even bring the name of Pakistan into it, or else critics will simply mock our naivety.

The repercussions for those classified as minorities such as Ahmadis, Christians, Hindus and other people in Pakistan are both psychological and physical. To be honest, I have a problem with using the word minority; shouldn’t every citizen of any country have the same rights as those of another?

Let us all celebrate this election through which a Muslim has won over a Jew in a predominantly Christian country; in a city which is truly a melting pot of all great religions, beliefs, no-beliefs, cultures and ethnicities. Do we not want to emulate, what brings peoples together rather than what divides mankind? Do we want to carry on turning a blind eye to what is in fact the golden thread of Islamic system of equity and justice, which others have employed to seamlessly sew their societal and political fabric?

I hope all those Muslims relishing the fruits of a just democracy start feeling equally passionate about their own countries to let common sense prevail and for its lawmakers to pass laws which are lawful and give a fair chance to all.

He punched a Bangladeshi man and got arrested - would Pakistan have done the same for its minorties?

Soaked in scarlet for Eid: Today’s bystander could be tomorrow’s victim

Allahu Akbar goes viral for all the wrong reasons