Will we ever be able to fill in the gaps in Pakistan’s social fabric? 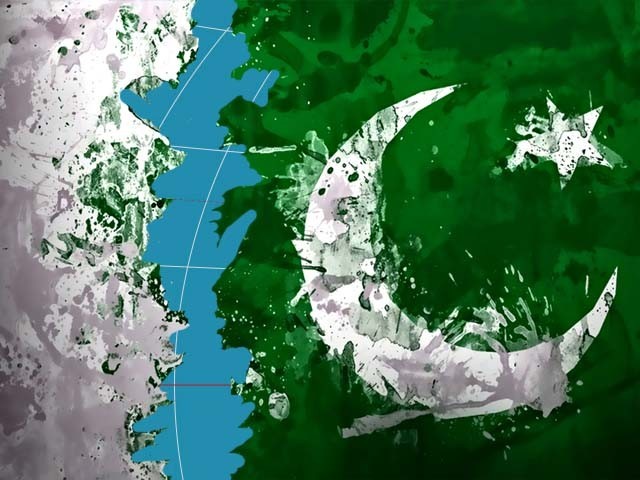 What are these men, women, Ahmadis, Shias, Sikhs, Hindus, Christians to make of this mulk and sultanate (country) that cannot prevent their persecution? This nation, that steals the right of individuals to be themselves in the most totalitarian of ways.

A recent poll done by BBC World Service, found that people are more likely than ever to identify as ‘global citizens’. According to Globescan, which conducted the poll and interviewed more than 20,000 people, over 56 per cent of Pakistanis identify as global citizens. While 27 per cent identify as Pakistanis first, and 43 per cent say their religion comes before their nationality.

Is the nation failing its citizens or has globalisation made borders so meaningless that people need new political orders to anchor them? Or is it just stating the obvious; Muslims are always Muslims first, nationals second?

The caliphates from the Middle East to Africa, Spain, Turkey to Central Asia, have dominated the Islamic political thought for 1,400 years; can one really supplant it with mere democracy? For me, this poll was especially significant considering the myriad events that have been packed within last week – is Pakistan really is a democracy?

A year ago Sabeen Mahmud was brutally murdered, this past week her friends and colleagues celebrated her memory from Karachi to London, New York and even Bogota. Sardar Soran Singh, a PTI Minority Affairs Advisor to the CM was shot dead in Buner, outside his home by the TTP (who also murdered Minister Shahbaz Bhatti in 2011).

The weekly ‘honour’ killing took place as a young man murdered his sister Sumera in Karachi. On the other hand, Tabassum Adnan was awarded the Nelson Mandela award 2016 for setting up the first all-female jirga in Swat. Not to forget, the award winning documentary Among the Believers was banned by the Pakistan Censor Board and the Women’s Protection Bill was shelved by the Punjab Government due to pressure from the Council of Islamic Ideology and associated religious parties.

So how does democratic Pakistan reconcile the reality above, with its choice of political order? The attraction of democracy was firmly entrenched by the Industrial Revolution, which mobilised the classes of people and the ideas that rippled across the globe from the American and French Revolutions. Colonial rule, which had swallowed up large masses of land and people, was finally more or less ousted. A system of government was vested in the people through elected representatives.

Rapidly, the post-colonial world progressed to the model of democracy, one of the most dramatic evolutions in political order, with the number of electoral democracies progressing peacefully from 40 to 120, between 1970 and 2008. Pakistan adopted a constitutional democracy guided by the Holy Quran. It didn’t hurt that it complied so readily with the concept of Shura, the deciding of affairs through consultation, with those the decisions affect.

Post-colonial Pakistanis emerged from the horror and bloodshed of partition, much like Napoleon to return right back to empire; at least in secret. A neo-colonial neo-imperial class of native orientalists had installed a new aristocracy – over those the decisions affect. The military-bureaucratic-religious tripartite regime began to create hurdles, barriers and blockades to liberal and class movements on account of them being against the ‘national ideal’. The Communist Workers Party suspected to be influenced and funded by the Soviet agencies, estimated to have just 3000 participants, was banned in July 1954 on charges of plotting to overthrow the government (Rawalpindi case 1951).

After suffering numerous humiliations and imprisonments amongst other oppressions over decades, the ECP has finally registered the Communist Party in January 2013.

Essentially the state machinery began a process of limiting freedom and negation of the citizen individual. Individualism makes the individual its foundation, in the struggle for liberation. Classical liberalism, from which democracy is derived, focuses on the right of the individual to self-realisation. This inclination also encourages creativity, innovation, and experimentation that may oppose traditional codes and behaviour.

It is a moral stance that emphasises the rights of the individual challenging the collective power. People like Sabeen Mahmud, Salman Taseer, Shahbaz Bhatti, Samia Sarwar, Rashid Rehman, Malala Yousafzai and Hina Khan expressed some facets of this moral philosophy. They sought social justice, for themselves and for individuals who had access to none.

In Pakistan, there is a rich history of peaceful defiance for social justice. In the 1950s with the cold war in the backdrop, Faiz Ahmed Faiz was seen as a challenge to the establishment with his bohemian and creative lifestyle. The military-bureaucratic leadership had categorised him and his peers such as Saajid Zaheer at the Communist Workers Party as a challenge to national identity.

They didn’t kill him, but they imprisoned him and his peers and they set the ball rolling. In 1985, during the tenure of Ziaul Haq, with matters of social justice infinitely worse, Iqbal Bano sang a version of Faiz Ahmed Faiz’s iconic poem Hum Dekhen Ge (Wa-yabka wajhu Rabbik) to a packed arena of 50,000 in Lahore. This poem spoke of throwing off the shackles of tyranny and self-realisation, thoughts that were embedded in a quote from 10th century mystic Al- Hallaj, central to Sufi ideology ‘I am the truth’. Defiance, poetic and eloquent then, is today iconic. Even Sufi Islam, was set apart as a left liberal cry, too racy for the national ideal.

In the post 9/11 world, individualism in Pakistan hasn’t fared much better. Western societies that champion individualism (within their own borders) are viewed as infidel states and indigenous movements that uphold human, women’s, children’s and minority rights are viewed as inauthentic western agents by the Neo-Orthodox Collective. Locally, they take the form of development organisations, NGOs, cultural and rights campaigners, journalists, artists, writers’ even schoolgirls like Malala and Hina Khan. Malala is indigenous, an individual, a brutally marginalised child citizen and yet accused of the same in-authenticity.

Why has the Pakistani state been so deficient in its capacity to include the indigenous citizen individual regardless of ethnicity, gender, religion or sect? Democracy requires a combination of state administration, law and accountability that serves the needs of the qaum, the people. Reconciling all elements of Pakistani society to this belief is the challenge of democracy and nationhood and unequivocally the responsibility of the state machinery. And in this, they have certainly failed.

There are many gaps in Pakistan’s social fabric, the gender gap, minority gap, the poverty gap. But the Ahmadi example is striking in its depiction of a democratic deficit, since it is the only community to have persecution legitimised through legislation. At the instigation of religious parties, in 1954, anti Ahmediya riots erupted in Pakistan killing over 200 Ahmadis and destroying their properties. In 1974, a violent campaign initiated by Majlis-e-Ahrar-e-Islam and Jamaat-e-Islami resulted in violent, deadly and destructive clash, oddly enough, resulting in the criminalisation of Ahmadi religious practices. In 1984 General Ziaul Haq issued the Anti Ahmadiya Ordinance sanctioning their persecution. In 1986, a new blasphemy persecution also applied to Ahmadis to enhance this. In 2010, this escalated to over 90 people killed and 108 injured in simultaneous attacks by the Tehreek-e-Taliban Pakistan (TTP). Attacks on Ahmadis continue unabated, confirmed and legitimised as they are by the state and the neo orthodox factions of Pakistani society.

The Ahmadi predicament leads one quickly from democracy and nationalism, the double-edged sword, to the national anthem, what better place to reassure us of our national value.

What are these men, women, Ahmadis, Shias, Sikhs, Hindus, Christians to make of this mulk and sultanate (country) that cannot prevent their persecution?

This nation, that steals the right of individuals to be themselves in the most totalitarian of ways.

Submerged in this, there is that sweet defiance. That homage to the feared individual that reverberates from the poetry of Faiz’s Hum Dekhen Ge, to a poster at Sabeen’s T2F Pyar honay doh to chants outside Lal Masjid, demanding that sermons of peace and love emerge from mosques. These countless peaceful, yet defiant defenders of the qaum, rise up like a phoenix from the ashes. But is it time to accept that this political order is just that; ashes and dust?

The fearful try to shoot them down, and silence them and erase them. The fear is in the cheer of thousands of people legitimising the murder of Salman Taseer, his murderer vindicated in death by allegedly defending the ‘honour’ of the Prophet (pbuh) and labelled a martyr by his, often violent supporters. It is in the rally of barely adult boys defending the right of a father to kill his daughter for ‘honour’ as they attend a screening of Sharmeen Obaid Chinoy’s Oscar winning documentary ‘A Girl in the River’. It is in the story of Saad Aziz who felt Sabeen had finally crossed the line by demanding words of peace and love emanate from the institution of the mosque.

The author is a finance professional, economist and research analyst, book buff and culture enthusiast, residing in Dubai. She tweets as @vectoralangel