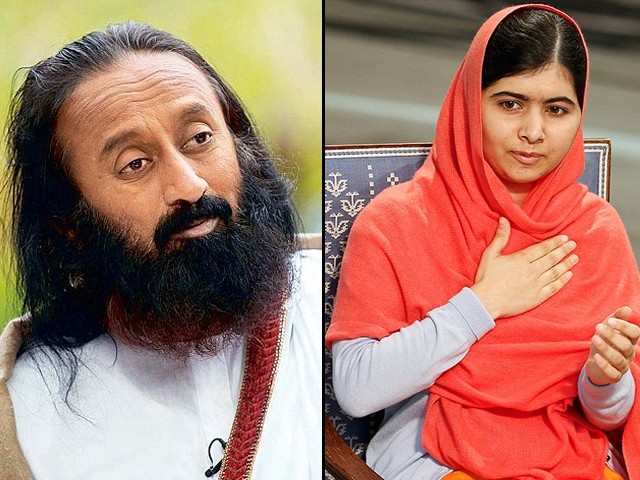 Spirituality is no guarantee of salvation; it does not make you immune to the ordinariness of life. The yellow garb or white robe does not lift you from your prejudices and pettiness. Sri Sri Ravi Shankar and Ramdev, the popular spiritual gurus of India with a large following have proved this point.

Their conduct establishes how they have made spirituality a business, a resource that is exploited to get closer to political power. They use their support base as a constituency to strike a bargain with the ruling class and indulge in political brinkmanship.

A spiritual guru is normally silent and maintains distance from the worldly affairs. They ooze an aura that is a by-product of their abstinence from pleasure and mundane activities of the world. For them king and commoners are the same.

However, the modern day gurus defy this textbook definition. These ‘spiritual’ gurus are mere flesh and blood; they’re reflections of all the ills of temptation and attention that come with being human.

How else can you explain the conduct of Sri Sri Ravi Shankar, the spiritual guru and founder of the ‘Art of Living’ (AOL)?

This project teaches people how to de-stress and find ways to live a happier life. However, the guru’s latest comments seem to indicate that he is quite stressed. News reports claim that, on a trip to the drought affected district of Latur in Maharashtra, he has rejected the Nobel Peace Prize and declared that Pakistani teenager, Malala Yousufzai, was the wrong choice for the 2014 Nobel Peace Prize. Even though AOL denied the guru making any such statement a day later, the damage had already been done.

If you look at the website of AOL you will see all the awards he has gotten and how proudly he has listed them on the site. After Narendra Modi became India’s Prime Minister the guru was bestowed the Padma Vibhushan, the second highest civilian award in India.

Thus, his comment on the Nobel Peace Prize and Malala portrays a deep rooted prejudice and/or jealousy that should not belong to someone who teaches others the ‘Art of Living’. Not only that, he exposes a shallowness of his personality which really does not gel with the larger than life persona that he tries to exude.

A 14-year-old girl braved the Taliban in its own den and was harmed in the process; this is not a small achievement for a girl who lives in a dangerous zone. The Nobel for her might be a political decision, but it is no doubt recognition of her fight against the evil force.

On the other hand, Ravi Shankar comes across as a mean, divisive and political opportunist.

The very fact that he endorsed Modi’s candidature as the prime minister in the run up to 2014 elections illustrates the extent of his spirituality and humanity. The Bharatiya Janata Party (BJP) leader built his political career by presiding over the death of hundreds of Muslims. He institutionalised religious polarisation and became symbol of division in the society. He never repented for the barbarity in 2002 that his government indulged in during the Gujarat riots. Modi as a prime minister continues to be the same character that he was in Gujarat. How can someone who seemingly promotes empathy, love, respect, and concern for human values endorse such a man?

By being in close proximity to Modi’s politics, he goes against the grains of his own teaching. The AOL founder’s political choice demonstrates how vacuous he is as a spiritual leader.

His spiritual hollowness and political opportunism was also exposed when at the World Cultural Festival that he organised recently in New Delhi, despite strong objection from environmentalists and concerned citizens. The venue he chose was the delicate riverbed of Yamuna River. Using his access to power, he bulldozed all opposition and organised the event at the venue, disregarding any sensitivity towards the environment and the people that reside there.

And he’s not the only one to go against his own practices. Yoga guru Baba Ramdev, an ardent supporter of the Hindu right wing and Modi, is now the owner of an Ayurvedic food beverage empire. In the last two years, his business has grown into a 5,000 crore rupees empire and is expected to cross 7,000 crore next year, rising as a tough challenge to international brands such as Nestle. This phenomenal growth has happened because of the political patronage he enjoys from the Modi regime.

No wonder he speaks the language of the ruling party.

On a recent occasion he said that he would chop off the head of those who don’t chant “Bharat Mata ki Jai” (hail India). Not long ago, Ramdev was a symbol of new awakening in yoga and people cutting across religious divides embrace him. By aligning with political power, he is now exploiting people’s trust in him, thereby, losing credibility.

The same depravity has dawned on Ravi Shankar. The followers that he built over the years are being used as a bargaining chip for political leverage. As a result, he is now more controversial, and divisive.

The larger problem, therefore, is that such gurus are a bad influence in society; they are corrupting people with their greed and political ambition. They are creating an ecosystem where profit and power are promoted as a pinnacle of one’s success. They are entrenching a belief that being unscrupulous and dishonest are forgivable traits.

These gurus are now more political than spiritual. They are the new age gurus, who are more worldly and opportunistic than their followers. They want name, fame, political power and recognition, but without changing their yellow or white robe.

Spiritual gurus are known to talk about and stand for all humanity. India has long tradition of saints and sufis, who sacrificed their lives for humanity. They spoke in a language that appealed to all, regardless of caste and creed. They acted as a voice of dissent and acted as conscience keepers of the society. They practised the simplicity they preached. But what is now apparent is that the new age gurus, like, Ravi Shankar and Ramdev, are spiritual depravities and deviances from the tradition. They use their so-called principles to generate a following, only to betray the loyalty of these admirers by using his influence for personal gains in the realms of politics, and business.

They surely don’t represent the asceticism and aura of the past, but the avarice and prejudices of today’s profiteers.