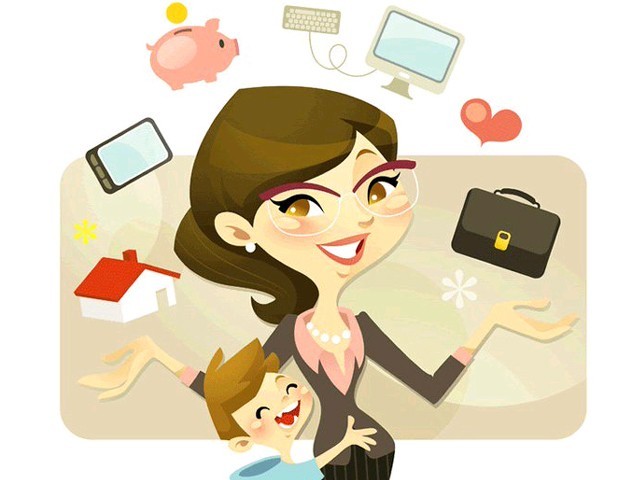 Most especially wifey-moms. How they manage to squeeze all that to-do’s and end the day with checks on that long list is beyond human comprehension! Photo: Twitter

I had taken a hiatus from work due to my household responsibilities, but now that my children had started school and all else was well, I decided that it was the perfect time to start working again.

I had my first job interview in five years and as I sat there waiting for my turn, I couldn’t help but feel rather uneasy looking around at the other candidates. They seemed to be more qualified individuals with updated resumes and a fiercely competitive knack about them.

Clouds of doubt began to mar my enthusiasm. Perhaps I should have improved my qualifications before restarting my career or simply avoided all this hassle and stayed safe at home. Demons of doubt brought made my confidence plummet and this affected my interview as well. I knew all the answers to the questions I was asked, but somehow it became impossible to articulate them.

That was the fateful day I realised I was not the same person anymore. The stay-at-home version of me had greatly altered my personality and I had never realised it. I needed to ease back into the working environment instead of pointlessly trying to grasp an opportunity well beyond my reach.

Upon discussing this problem with my friends and family, I discovered that I wasn’t alone in facing this dilemma; various women were in the same situation as I was. An extremely talented friend of mine, also my colleague at Virtual University, took some time off from work to cater to family responsibilities and now, when she was in a position to restart her career, she was unable to find a job that matched her schedule.

Homemakers are the major untapped resource in Pakistan and little to no effort has been made to rehabilitate them back into the workforce. There are numerous outsourcing opportunities available for work at home options, but they are still rather complicated and difficult to manage.

A few days ago, I came across an ad meant for qualified homemakers wanting to work from home for hours convenient to the employee rather than the employer. I considered this to be a huge positive step, since it was put up by a multinational company in Pakistan. This proved to be the perfect opportunity for professionally qualified and willing workers who cannot leave their homes and many of them, like me, who needed time to readjust.

Some warmth and understanding from employers will only encourage women like me to give their careers another shot. What got me most excited about the ad was the idea that work would revolve around my schedule instead of the other way around. The said multinational mentioned a specific time frame in which the employee would be working as an internee after which they would become a part of the regular work force.

Job availabilities for homemakers is witnessing an increasing trend in many countries across the world, but it hasn’t kick started in Pakistan as yet. If Pakistan were to accept this trend, it would not only allow homemakers the ability to feel useful in something other than housework, but would also benefit companies since it would be a means of providing cost friendly work to employers.

Women find it difficult to leave their homes and families for long hours to work elsewhere, and for such women, this would not just be a job opportunity but a culturally sensitive move as well. Once they start or resume working, it would become easier for the family to accept this role of theirs. The work at home option could work wonders for female empowerment. Financial independence and a much needed sense of achievement are basic ingredients for strengthening women and could create exciting opportunities for men as well.

Recently, I came across Richard Branson’s interview in Fortune magazine which mentions some interesting ideas about the work at home force and how it could revolutionise the workforce; he believes that the flexible work schedule could reap greater results in the coming future.

Thinking back to when his own children were young, Branson claims,

“He has taken many meetings while changing the nappy of his kids” and that “The kids have literally grown up crawling at my feet.”

The idea is worth considering and would reinitiate a major untapped resource back into our mainstream job sector.