Will the US government establish a power-sharing government with the Afghan Taliban? 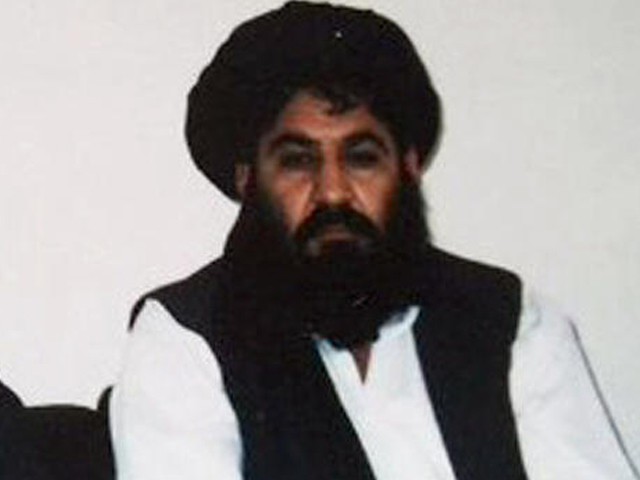 The first formal split was the result of militants believing that Mullah Mansoor had hijacked the movement out of greed. PHOTO: REUTERS

On April 19, 2016, the Taliban carried out one of its most deadly attacks in Kabul, claiming the lives of 64 innocent people. The attack, an extension of the on-going intense battle in Kunduz, came a week after the Taliban announced its own Spring Offensive called Operation Omari or OpOmari in honour of the late Mullah Omar, calling mujahideens to take forward his vision.

Considering the deteriorating situation at hand, one wonders if the peace process between Pakistan and Afghanistan has come to an end.

Where is Afghanistan headed? Has Pakistan lost its influence over the Taliban?

This land-locked, mountainous battlefield has proven to be much more of a challenge than the United States, and its allies, had initially anticipated. A few years into the invasion, the then American government realised this war could not be won, and therefore, resorted to making strategic shifts in the policy.

These shifts involved a conscious shift in key phrases such as ‘having defeated the Taliban’ to ‘the Taliban becoming an important partner,’ or removing Mullah Omar’s name from the ‘List of Most Wanted’, claiming that he ‘should not be on the US Most Wanted target list.’

“In Afghanistan, America and our allies, with a historically small force and a brilliant strategy, defeated the Taliban in just a few short weeks.”

“We actually view the Taliban as being an important partner in a peaceful Afghan-led reconciliation process. We are not actively targeting the Taliban.”

The intimidated American government was seen making adjustments and compromises with the Taliban to save face in their own country. However, the Taliban, under the leadership of Mullah Omar, adopted a hard-core doctrine of rejecting any offer of negotiation until certain prerequisites were fulfilled, such as the exit of foreign forces from their country and the removal of the current ‘puppet regime’.

On the other hand, the Pakistani establishment has long enjoyed strong ties and influence over the insurgents/Taliban, dating back to its fight against Russia to the on and off scuffle with the United States. But this influence may have grown weaker and weaker ever since Pakistan began aiding the US in Afghanistan’s invasion, along with the recent operations taking place in its tribal belt, namely Waziristan. Despite this, the Taliban still turn to certain factions in Pakistan for safe shelter and hospital care for their soldiers.

The Taliban’s hard-core policy shift of rejecting negotiations became more flexible and open to discussions due to the lack of leadership, owing to Mullah Omar’s death (which was kept confidential until July 2015). The timeline of Mullah Omar’s death coincided with lucrative offers, such as the US government exchanging five high profile Taliban commanders for the US army soldier, Bowe Bergdahl, and a deal stating Taliban leaders would not be attacked unless they posed a threat to the US.

In late 2015, Mullah Akhter Mansoor was named the new Taliban leader. This selection led to countless disputes, deep schisms and conflicts within the Taliban. The first formal split was the result of militants believing that Mullah Mansoor had hijacked the movement out of greed. In retaliation, they declared Mullah Rasool as the leader of their breakaway group.

In an interview with the UK-based Royal United Services Institute (RUSI), Mullah Rasool, leader of the splinter group, said he is not opposed to a reconciliation peace process in principle, but strongly opposes Mullah Mansoor’s participation and Pakistan supporting him.

While Mullah Mansoor may be open to some form of reconciliation, the Fidayi Mahaz group, headed by Mullah Najeebullah, has outrageously rejected the idea of peace process, aligning himself with the uncompromising dogma of Mullah Omar.

“The shura wants to lose at the table what we have won with our blood on the battlefield.”

It is believed that Pakistan has played a pivotal role in the strengthening of Mullah Mansoor’s power, especially after news of Mullah Rasool being detained in Pakistan surfaced.

On choosing a leader in Pakistan, Mr Agha, Taliban’s chief foreign emissary, said it was “a great historical mistake” and that Taliban leaders should relocate to Afghanistan from their exile in Pakistan to “preserve their independence.”

Political pundits, who believe the peace process is over, might be too quick in their judgment. The recent campaign by Mullah Mansoor is more likely to be a power consolidation move re-affirming his credibility and extending his authority over the breakaway factions.

The Spring Offensive announced in April 2016 is a campaign declared every year, and not following the tradition would raise serious questions about his leadership.

One of the key concerns against Mullah Mansoor was his decision to accept the peace process, an act which was viewed as a discontinuation of Mullah Omar’s canon. In 2016, even though the Taliban had warned against participating in the peace process, the Qatar office (whose primary purpose was to have an intermediary place in negotiating with other foreign stake-holders) remained open.
Unless the upcoming events unearth some significant change in the political arena, it seems highly unlikely that Mullah Mansoor, after consolidation of power, will reject the peace process and free himself from Pakistan’s influence and pressure.

As for the saga of fiery political statements, tensions between US-Pakistan and Pakistan-Afghanistan also seem to be a part of the plan. Leaders in Pakistani establishments are on the same page as the US in terms of their plans for Afghanistan. We can say that a game is being played to deceive the masses on the matter of Afghanistan (i.e. peace process or operation), claiming that these actions are carried out independently in the best interest of Pakistan and not on behest of America. The ultimate face saving plan of action for the US would be to negotiate establishing a power-sharing government with the Taliban in Afghanistan.

As the Pakistani leadership continues to pursue their plans, things seem to be moving in the right direction for the United States. The key, however, would be the alignment of Mullah Mansoor and other breakaway faction’s in accordance to US plans. That being said, on a larger canvas, America’s hegemony in this region will be detrimental for an independent Pakistan (i.e. free from internal and foreign policies dictation).

The author is an Electrical Engineer and is working in a private organisation in the energy sector. His interests include international relations and global politics. He tweets as @farazmfateh (twitter.com/farazmfateh). He blogs at intellectualrevivalblog.wordpress.com.

With its marriage to the Taliban and its extramarital affair with the US, Pakistan is playing with fire