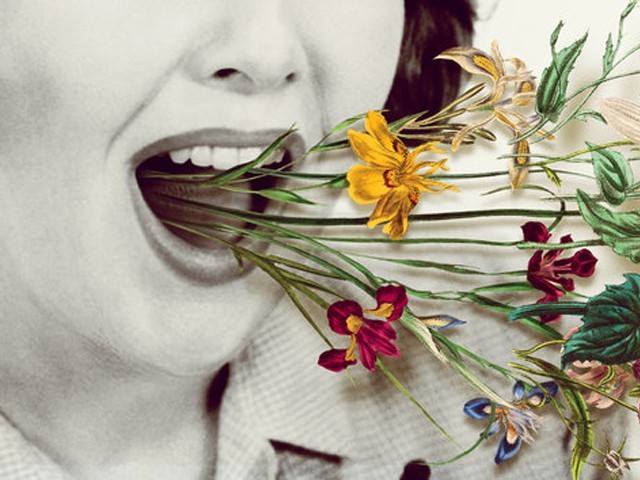 We should not “feel like.” We should argue rationally, feel deeply and take full responsibility for our interaction with the world. PHOTO: Javier Jaén

In American politics, few forces are more powerful than a voter’s vague intuition.

“I support Donald Trump because I feel like he is a doer,” a senior at the University of South Carolina told Cosmopolitan.

“Personally, I feel like Bernie Sanders is too idealistic,” a Yale student explained to a reporter in Florida.

At a Ted Cruz rally in Wisconsin in April, a Cruz fan declared,

“I feel like I can trust that he will keep his promises.”

Listen for this phrase and you’ll hear it everywhere, inside and outside politics. This reflex to hedge every statement as a feeling or a hunch is most common among millennials. But I hear it almost as often among Generation Xers and my own colleagues in academia. As in so many things, the young are early carriers of a broad cultural contagion.

The imperfect data that linguists have collected indicates that “I feel like” became more common toward the end of the last century. In North American English, it seems to have become a synonym for “I think” or “I believe” only in the last decade or so. Languages constantly evolve, and curmudgeons like me are always taking umbrage at some new idiom.

But make no mistake: “I feel like” is not a harmless tic. George Orwell put the point simply:

The phrase says a great deal about our muddled ideas about reason, emotion and argument — a muddle that has political consequences.

Natasha Pangarkar, a senior at Williams College, hears “I feel like” “in the classroom on a daily basis,” she said.

“When you use the phrase ‘I feel like,’ it gives you an out. You’re not stating a fact so much as giving an opinion,” she told me. “It’s an effort to make our ideas more palatable to the other person.”

The data suggests that young women use the phrase slightly more often than men, but in my own classes, male students begin almost every statement with “I feel like.” The gender gap is vanishing because the cultural roots of this linguistic shift were never primarily a consequence of gender.

Today’s college students have come of age in a time of growing diversity and political polarisation. No one could blame them for wanting to back away from confrontation.

“My generation, because we have more exposure to other people’s perspectives — anyone now with an Internet connection can post whatever they want online — in some ways we are probably more empathetic than the generations that came before us,”

Yet all this equivocating has started to bother her, and now she avoids using the phrase. Jing Chai, a senior at the University of Chicago, said:

“I’ve tried to check myself when I say that. I think it probably demeans the substance of what I’m trying to say.”

This linguistic hedging is particularly common at universities, where calls for trigger warnings and safe spaces may have eroded students’ inclination to assert or argue. It is safer to merely “feel.” Bradley Campbell, a sociologist at California State University, Los Angeles, was an author of an article about the shift on many campuses from a “culture of dignity,” which celebrates free speech, to a “culture of victimhood” marked by the assumption that “people are so fragile that they can’t hear something offensive,” he told me.

Yet here is the paradox: “I feel like” masquerades as a humble conversational offering, an invitation to share your feelings, too — but the phrase is an absolutist trump card. It halts argument in its tracks.

When people cite feelings or personal experience, “you can’t really refute them with logic, because that would imply they didn’t have that experience, or their experience is less valid,”

“It’s a way of deflecting, avoiding full engagement with another person or group,” Elisabeth Lasch-Quinn, a historian at Syracuse University, said, “because it puts a shield up immediately. You cannot disagree.”

Democracy is premised on civilised conflict. The greatest advance of the modern age has been our ability to argue about society’s most pressing questions without resorting to physical violence (most of the time). Yet the growing tyranny of feelings in the way Americans talk — about everything from how to fund public education to which presidential candidate to support — exerts a subtler kind of coercion on the public sphere.

The problem here is not the open discussion of emotions. Ancient philosophers ranging from Confucius to the Greek Stoics acknowledged the role that emotion plays in human reasoning. In the 90s, after many years of studying patients with brain damage, the neuroscientist Antonio Damasio put forward a hypothesis that is now widely accepted: In a healthy brain, emotional input is a crucial part of reasoning and decision making.

So when I called Dr Damasio, who teaches at the University of Southern California, I worried that he might strike down my humanistic observations with unflinching scientific objectivity. He didn’t — he hates the phrase as much as I do. He called it “bad usage” and “a sign of laziness in thinking,” not because it acknowledges the presence of emotion, but because it is an imprecise hedge that conceals more than it reveals.

“It doesn’t follow that because you have doubts, or because something is tempered by a gut feeling, that you cannot make those distinctions as clear as possible,” he said.

This is what is most disturbing about “I feel like”: The phrase cripples our range of expression and flattens the complex role that emotions do play in our reasoning. It turns emotion into a cudgel that smashes the distinction — and even in our relativistic age, there remains a distinction — between evidence out in the world and internal sentiments known only to each of us.

“This is speculative, but ‘I feel like’ fits with this general relativism run rampant,” Sally McConnell-Ginet, a linguist at Cornell, suggested. “There are different perspectives, but that doesn’t mean there are not some facts on the ground and things anchoring us.”

For decades, Americans have been in the process of abandoning both the moral strictures of religion and the Enlightenment quest for universal truth in favour of obsessing over their own internal states and well-being. In 1974, the sociologist Richard Sennett worried that,

“The more a person concentrates on feeling genuinely, rather on the objective content of what is felt, the more subjectivity becomes an end in itself, the less expressive he can be.”

This quest to understand and cope with our own feelings and desires — the current term of art is “self-care” — can lead to what the writer Christopher Lasch called “pseudo-self-awareness.” It can leave us too preoccupied with personal satisfaction to see the world clearly.

“The new narcissist is haunted not by guilt but by anxiety,”

Mr Lasch wrote in his 1979 book “The Culture of Narcissism.”

“He seeks not to inflict his own certainties on others but to find a meaning in life.”

In her 2001 book “Race Experts,” Dr Lasch-Quinn (who is Christopher Lasch’s daughter) argued that the vogue for therapeutic self-help has steered the American left off course, encouraging well-meaning activists to push for sensitivity training seminars instead of real gains in racial and economic equality. The phrase “I feel like” is a mundane extension of this pattern, a means of avoiding rigorous debate over structures of society that are hard to change.

If our students have any hope of solving the problems for which trigger warnings and safe spaces are mere Band-Aids, they must reject this woolly way of speaking their minds.

“Cultivating the art of conversation goes a long way toward correcting these things,”

“Instead of caricaturing someone who says ‘I feel like,’ we can say, what does it mean to say that instead of ‘I think?’ ”

The more common “I feel like” becomes, the less importance we may attach to its literal meaning.

“I feel like the emotions have long since been mostly bleached out of ‘feel that,’ ”

Said Mark Liberman, a linguist at the University of Pennsylvania. But when new verbal vices become old habits, their power to shape our thought does not diminish.

We should not “feel like.” We should argue rationally, feel deeply and take full responsibility for our interaction with the world.